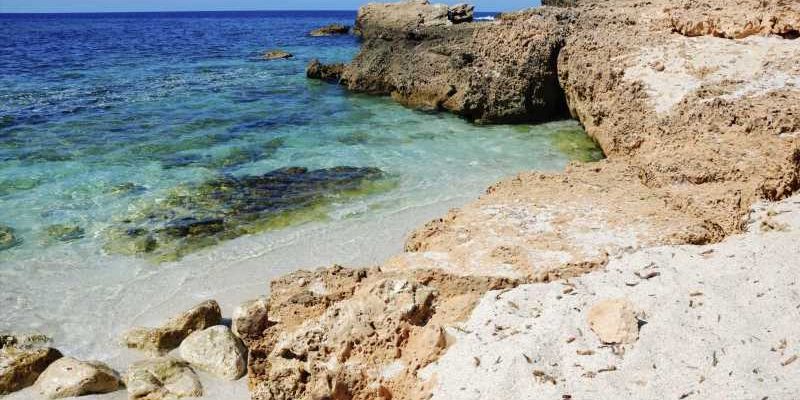 A French couple is facing jail time after police say they tried to steal sand off of a beach in Sardinia, Italy.

Police discovered 14 bottles of sand, adding up to almost 90 pounds, according to CNN and the BBC. The couple stated they didn’t know they committed a crime but police say beaches on the island include signs in multiple languages alerting visitors to the regulations.

Per a 2017 law, it’s illegal to trade sand, pebbles and shells in the area and violations can result in fines of up to $3,300, according to the BBC. The couple also faces an aggravated theft charge, which could mean one to six years in prison.

The water, like so many beaches in Sardinia, is clear and bluish-green. (Photo: Getty Images)

CNN reports that theft from the white-sand beaches in Sardina is a common problem, and there is a market to sell Sardina shells and sand online.

“Sandy beaches are one of the main attractions of Sardinia,” Pierluigi Cocco, a Cagliari (the Sardinian capital) resident and environmental scientist, told the BBC. “There are two threats: one is due to erosion, which is partly natural and partly induced by the increasing sea level due to climate change; the second is sand stealing by tourists.”