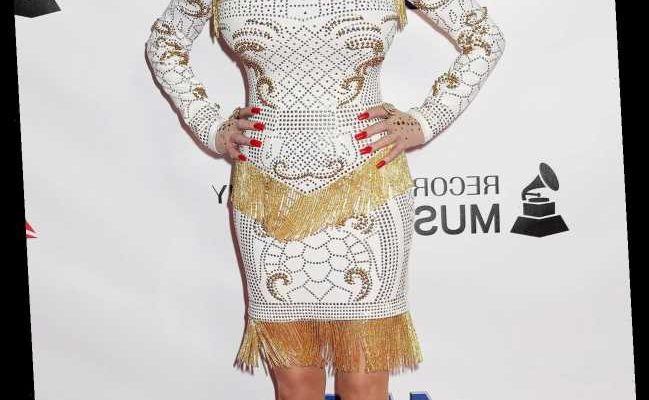 After more than five decades of stardom, it’s fair to say Dolly Parton knows a thing or two about the industry — but don’t call her “Dollyisms” advice.

“You can’t really give advice,” the country legend, 73, says in this week’s issue of PEOPLE, on newsstands Friday. “Like I say, I have information, but it’s really not right to try to tell somebody else how to live their life.”

In the “Jolene” episode of her upcoming Netflix series, Dolly Parton’s Heartstrings, Parton plays the mentor to Julianne Hough’s character, who’s in the music business. In real life, Parton likes to give young stars information rather than advice because of her own experience starting out in the music industry.

“When I first came to Nashville wearing all my makeup and big hair and showing my big t—ts, my dear friend Chet Atkins said, ‘Now Dolly, you’re never going to be taken serious if you don’t dress down,'” she recalls. “I said, ‘It’s me. I have to be this way.’ Years later, I became a big star.”

“I was advised by a lot of people how I was doing things wrong when I came in,” she continues. “I thought, ‘How can I do things wrong when it’s about me? I will know it if it’s wrong. I will know it because I’m that in tune with myself and that in tune with God. It may not always turn out right from me, but I’m still safer in doing what feels right in my gut and in my heart.’ That’s why I say it’s not advice. There are things that I say, ‘You don’t need to ever do this.’ But we know what those are anyway. If someone just point blank asked me something, I’ll give them my take on it. But I still ain’t going to advise them.”

And when it comes to her goddaughter, Miley Cyrus, Parton says, “Who am I to tell Miley what to do?”

“Lord, I’ve done everything, and what I ain’t done, I intend to,” Parton says. “She’s going to do that, too. But Miley’s smart; Miley knows what she’s doing. I know we think she doesn’t, and she might not every minute, but I still know that she’s got good stuff in her.”

Instead, Parton says she likes to “live an example.”

“I’ve told [Miley] some things that I think are valuable and that she uses, but I’d rather live an example,” she says. “[I’d rather] be an example rather than just try to tell somebody to do this, do that because I don’t think that’s right. Everybody’s different. You’ve got your own journey. And some people are going to help you along the way and they can kick a few rocks out of the road for you, but you got to walk it.”

During a press conference held at her Dollywood DreamMore Resort in Pigeon Forge, Tennessee, to promote Dolly Parton’s Heartstrings in October, Parton told reporters that she’s proud of Cyrus, 26, for “doing her thing.”

“Miley is so talented,” Parton said. “Miley has such gifts, and I think she’s gonna’ be great. Now other people say, ‘You need to talk to Miley.’ I say, ‘No, I don’t. Miley will be Miley, I’ll be me and everybody needs to do their own thing.’”

Dolly Parton’s Heartstrings is an anthology series that showcases the stories, memories and inspiration behind some of Parton’s most beloved songs, including “Jolene,” “Two Doors Down,” “These Old Bones” and “J.J. Sneed.”

“All my life I’ve been writing songs,” Parton said during the press conference. “In the early days, we didn’t even have technology. I started writing songs because we didn’t have a chance to go to movies and we didn’t have TV in those early days, so I would write songs, just make up stories that were really kind of like movies, and I would sing them. It was entertainment to us.”

Parton says that celebrating the premiere of Dolly Parton’s Heartstrings at her Dollywood Theme Park (near where she grew up in Locust Ridge) on Oct. 29, is “unreal.”

“It’s like a dream come true,” she tells PEOPLE. “This was a really big dream of mine because I’ve been writing all my life. My songwriting means more to me than anything else I do. So to see my songs come to life like this and see them on screen in any form is great. This was a dream, and now I’m here living it.”

Dolly Parton’s Heartstrings will be available for streaming on Netflix on Nov. 22.

For more on Dolly Parton’s life now, pick up the latest issue of PEOPLE, on newsstands Friday.