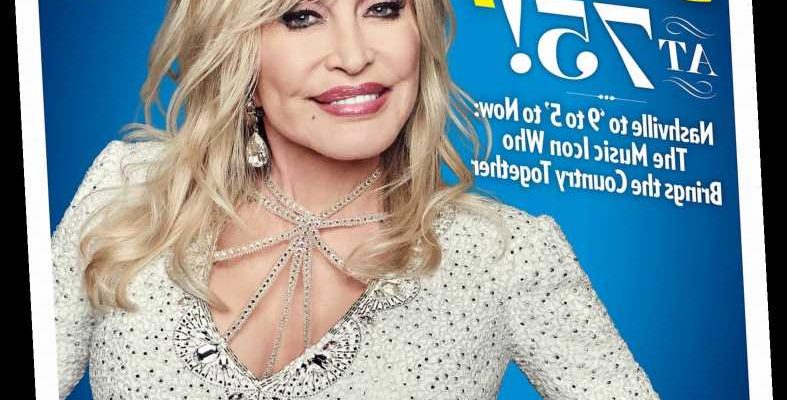 It's been quite a run recently for Dolly Parton. When COVID-19 closed schools, Parton — the founder of Imagination Library, which has given away millions of books since 1990—took to YouTube to read stories to children (and to adults too, if we're being honest).

She published her own book, Songteller, a memoir told through her lyrics, and released an album and holiday television special, both called A Holly Dolly Christmas. She was the subject of a documentary, Here I Am, of a podcast, Dolly Parton's America, that explored her broad appeal in both Red and Blue states, and of a Nashville mural that quoted her response to the marches for social justice following the killing of George Floyd: "Of course Black lives matter," she told Billboard in August. "Do we think our little white asses are the only ones that matter?"

Finally, the singer-songwriter closed out 2020 with the news that the coronavirus vaccine study to which she had donated $1 million, was ready for approval.  In so many ways, it seemed, Dolly Parton had saved us. Now, with Parton turning 75 on January 19, PEOPLE is celebrating the beloved star with a special edition, Dolly at 75!: Nashville to '9 to 5' to Now. The issue looks at Parton's life, her career in music, television, and film; her hugely popular theme park, Dollywood, and her distinctive style through a conversation with her longtime creative director, Steve Summers. "Sparkly and vibrant," are the constants, he says. "She always has the Dolly flair."

There's also an interview with Parton herself, in which she talks about her life today and her early years—how did that little girl from the Smoky Mountains of Tennessee become the star we now know? "From the beginning, I built my own strength and my own worth through trying to talk confidently," Parton tells PEOPLE.  "I was from the country and not all that educated, but I just knew I had something to offer."

That's an understatement. She would bring people decades of joy through her music and movies, her humor and heartfelt devotion to fans. As early as 2005, Parton began to receive the type of career-capping honors that typically signal an artist's step away from the spotlight. Then-president George W. Bush awarded her the nation's highest honor for artistic achievement, the National Medal of Arts, and when she turned 60, Parton was feted as a Kennedy Center Honoree. But Dolly was nowhere near done creating and giving of herself. In 2006 she earned a Best Song Oscar nomination for "Travelin' Thru," a tune she wrote for Transamerica. "It's a song of love and tolerance," Parton told People. "I'm comfortable with who I am, so I think everybody should be allowed to be." In the years that followed, the singer went on to perform for the biggest crowd of her career, top the country charts after a 25-year absence with the album Pure & Simple in 2016 and become an Internet meme queen with five million followers on Twitter. Even Dolly herself thought she was a strange match for the U.K.'s Glastonbury Festival, previously headlined by David Bowie, Beyonce and Metallica, when she was invited there in 2014.

"Tense, nervous, wasn't sure I would fit in that crowd," she recalled of agreeing to perform. But an estimated 180,000 showed up for her one-hour set, one of the largest crowds ever for a performer in Glastonbury's history. Metallica's Lars Ulrich, who'd performed the night before, said he wouldn't miss her set: "We all bow to the altar of Dolly."

Hard to argue with that. Happy 75th, Dolly, many happy returns.

Dolly at 75! is available now wherever magazines are sold.