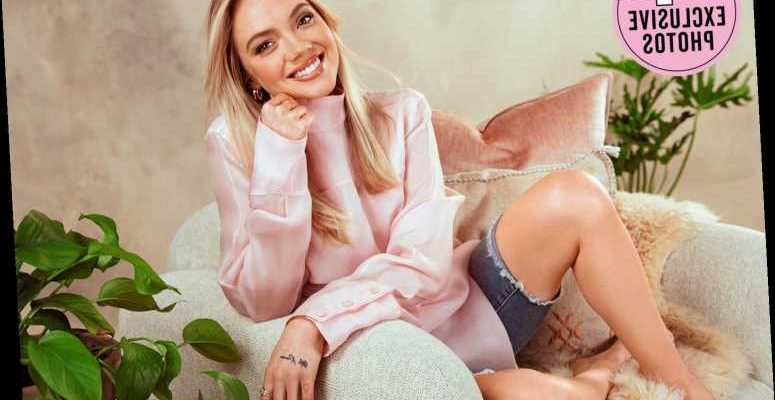 About a year ago, Danielle Bradbery woke up feeling like she had the worst hangover of her life.

But the country singer hadn't had anything to drink the night before.

"It's the worst, confusing feeling," the 24-year-old star tells PEOPLE.  "I remember sitting up and just my eyes and my head, my ears were throbbing and I'm like, 'Okay, I'm going to lay back down. And have it really dark in here.' That was the beginning."

She knew right away that wasn't a normal headache — but the first of her now frequent migraines. In the last year, Bradbery says she's suffered from more than 20 migraines — each lasting two or three days. She usually gets them twice a month. Recently, she learned that her 88-year-old grandmother, Patsy Bradbery, battled terrible migraines when she was Danielle's age.

"She said, 'I didn't know what was wrong with me — I had a headache it felt like almost every day,'" Bradbery says. "It was just a phase in her life that she had to power through."

"I used my platform to reach out to my fans and be like, 'Hey, you might need me sometimes with my music — but right now, I need you,'" she says. "It's super awesome and helpful." "It seems like the remedies and recommendations are endless," she says.

When migraines strike, her partner of nearly two years, Bennett Jonas, takes care of her.

"He's been super helpful and a sweet boyfriend," she says. She remembers a particularly painful migraine that woke her at 4 a.m. one October morning. She woke Jonas, who brought her a bowl of oatmeal, Gatorade and an ice pack. He massaged her neck, while his dog, Kaya, crawled on her lap.

"It was really, really sweet," she says.

When she has a migraine, Kaya, an almost 3-year-old registered support animal, comforts her.

During the pandemic, Bradbery has been teaching herself how to play the piano from YouTube videos and taking long walks near her Nashville home.

Raised in Cyprus, Texas, Bradbery's mother Gloria Martinez secretly signed her up to audition for The Voice's fourth season. At 16 and on Blake Shelton's team, Bradbery became the youngest to win the competition. "Having Blake as a coach was so special," she says. "He truly takes care of the people on his team and has a big heart. He had a plan for me and I just trusted it! He also knew I was a bit shy and he helped me come out of that shell — both on stage and as a person."

Despite her migraines, Bradbery's continued working throughout the pandemic,  releasing a Spanish version of her single "Never Have I Ever" ("Yo Nunca He…") on Jan. 15. She also collaborated with Diplo and Zac Brown on a new song "Hometown" for the album Diplo Presents Thomas Wesley Chapter 1: Snake Oil, and she recently released a track called "Girls in My Hometown."

She wants other migraine sufferers to know they are not alone, and that she struggles too –—but there is hope.

"There's always light at the end of the tunnel," Bradbery says. "I'm a person of faith and hope and I try to stay as positive as possible. And I know that it's so hard for a lot of people —that's very hard for me, sometimes."

Every day she researches different migraine remedies and all-natural treatments (she likes to avoid medication).

"You just have to stay hopeful and know that there is something out there for you — and it's not going to last forever," she says. "I know I'm not the only one. And I want people to know that I do struggle with a lot of those things and that there is hope." PEOPLE Health is a special custom issue that can be found in doctor's offices in select markets; they are not available for sale.