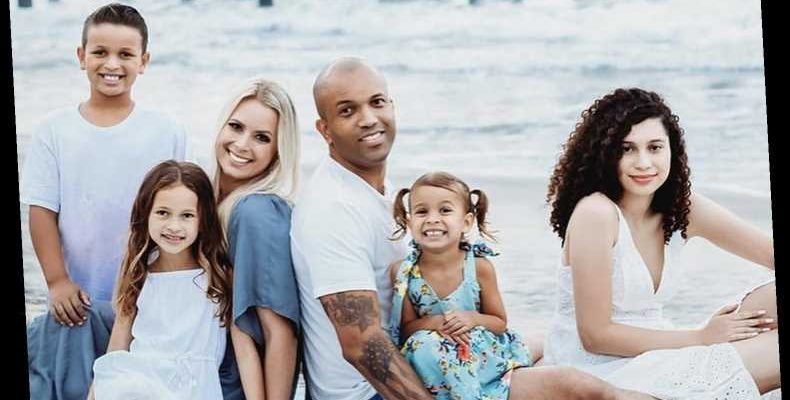 It's a question that Criscilla Anderson had silently asked herself from the moment she was diagnosed with stage 4 colon cancer back in 2018, and it was a question she truly wanted to ask out loud.

That is, until now.

"I asked my doctor how long I will have to get chemo," Anderson, 40, tells PEOPLE in a recent interview. "And he told me that I could either be on it for the rest of my life or I could just be on it until the cancer is no longer detected. And then, if it comes back, I go back on chemo until we knock it out again."

It was certainly a reality check for one of the popular stars of Netflix's Country Ever After who, alongside country artist and hubby Coffey Anderson, have certainly dealt with her share of up and downs in her ongoing fight with the dreaded disease.

"It's always a roller coaster," the hip-hop dancer admits. "But that's the journey of cancer." It was January of this year that Anderson got word that her cancer scans had shown slight growth in her existing tumors, in addition to her tumor markers going up yet again.

Fans will recall that last year, Anderson made the crucial decision to stop her chemo treatments in favor of a new immunotherapy clinical trial suggested by her doctor. Unfortunately, and against all odds, the treatment ultimately landed her in the hospital with a serious allergic reaction and a "very sick" liver. But in true Anderson family fashion, they continue to stay strong, despite it all.

"My hope is that I go through a few more rounds of chemo and get my body to NED (no evidence of disease), and then I will go to the Hope4Cancer treatment center in Mexico and basically detox from the chemo," Anderson says of the trip she plans to take this May. "I feel really good about Mexico, and the hope is that I will get to then enjoy the summer with the kids." Indeed, the summer will bring a whole new chapter in the story of the Andersons, as they recently sold their home in California in favor of the chance to build their dream home in the North Dallas area of Texas.

"We absolutely love it here," says Anderson, who continues to take supplements and natural treatments, along with following a strict diet, in an effort to keep her cancer at bay. "We are so happy. Life is normal and the kids are thriving, and we are currently renting a home in an amazing community that is right across the street from where our new home will stand. It might not be our forever home, but I have a feeling we will be here for a while."

Nevertheless, this will mean that Anderson will need to travel back and forth from Texas to California every three weeks to continue her cancer treatments for the time being, which she says she is perfectly fine with. "It actually works well, because my mom is [in California] and she takes good care of me," laughs the mother of three children — 9-year-old Ethan, 7-year-old Emmarie and 4-year-old Everleigh. "The kids don't have to see me sick, so it's less stress on them."

Unfortunately, the side effects of her chemo treatments continue to often take the otherwise healthy Anderson to her knees both physically and mentally.

"The constant nausea is the worst," says Anderson, who is also utilizing frankincense and cannabis as part of her customized cancer treatment plan. "I also suffer from fatigue and I have neuropathy in my fingers and toes. I mean, my feet and hands fall asleep really fast. But that's all stuff I feel like I can handle, and maybe even fix in Mexico." "Coffey is so good," Anderson says of her country music playing husband, whose song, "Mr. Red White & Blue" went viral on TikTok back in July and who is now working on a new album. "He's Mr. Optimistic. He is my biggest cheerleader. Sometimes I wonder if he gets sick and tired of taking care of me, but he never falls short. He is always there. He is amazing."