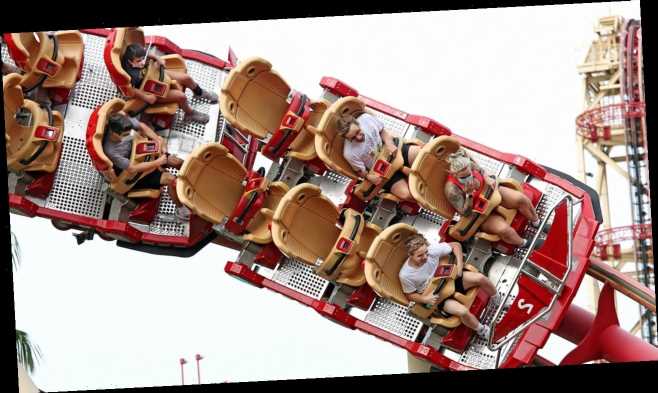 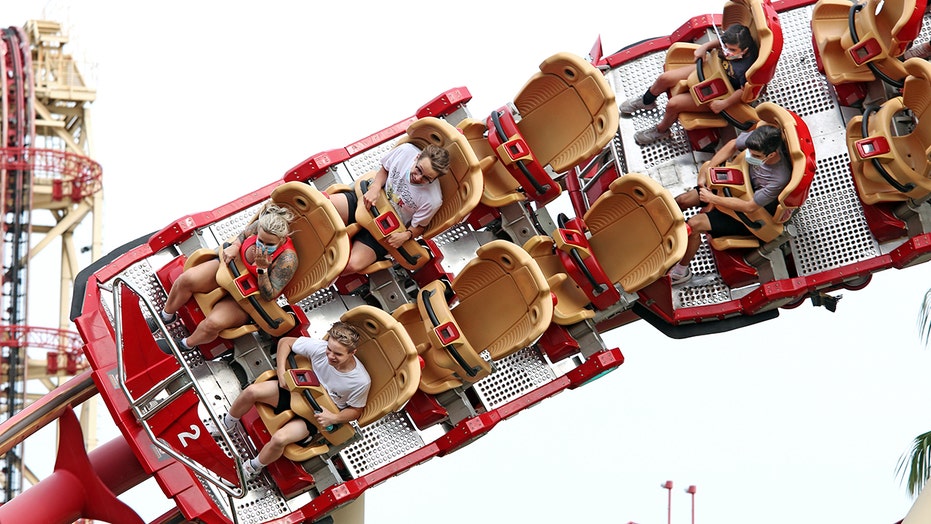 Laid-off employee Desi D’Amani discusses theme parks in California soon opening at a limited capacity. Roughly 28,000 workers have been furloughed at Disneyland due to a coronavirus shutdown.

The California Amusement Park Association (CAPA), an industry trade group representing Disneyland, Six Flags Magic Mountain and Universal Studios Hollywood, among others, is currently advising its members’ parks to adjust the seat-loading patterns on their rides to “mitigate the effect of shouting” when the parks are allowed to reopen beginning April 1.

The recommendation is just one of many issued by CAPA in response to the California Department of Health’s “Blueprint for a Safer Economy,” which was last updated March 16. 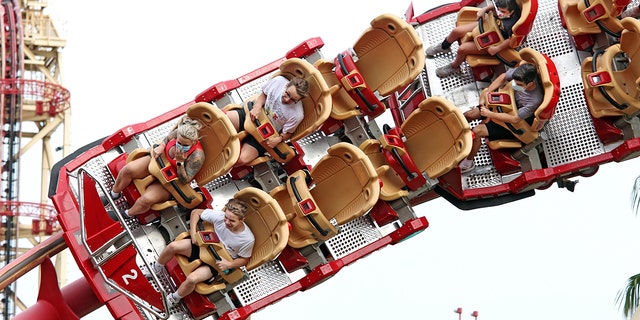 The California Amusement Park Association is requiring its members to modify seating on rides in order to "mitigate the effect of shouting." Parks in other parts of the country, such as Universal Studios Orlando, are already enforcing physical-distancing requirements between groups or parties on rides. (Gregg Newton/AFP via Getty Images)

As outlined by the updated Blueprint, California’s activities and sectors will be allowed to reopen based on their risk criteria for stemming the spread of coronavirus — one of which includes the ability to “limit activities that are known to cause increased spread (e.g. singing, shouting, heavy breathing),” or activities that take place in louder environments that can cause guests to raise their voices. In hoping to meet this criteria, CAPA instructed its members to modify their seating configurations, though that’s something most U.S. amusement parks are already doing in order to comply with recommended social-distancing protocol.

In addition, CAPA stipulates that all guests will be wearing masks on the rides, which usually arrange passengers so they “generally face in one direction.” 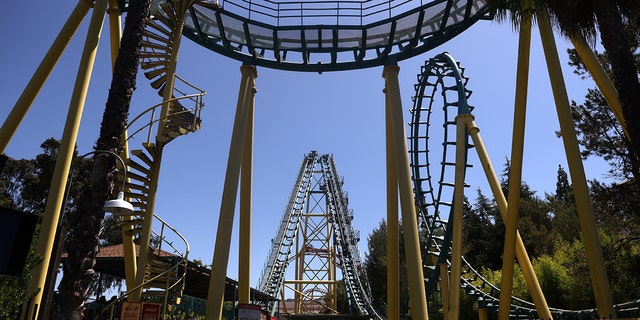 California’s guidance for the state’s theme parks — which are permitted to reopen April 1, provided the surrounding county meets a specific tier for decreased positivity rates — allows for operators in Tier 2 counties to reopen at 15% capacity to in-state visitors only. Capacity limits increase as counties meet criteria for Tier 3 (25% capacity) and Tier 4 (25% for indoor areas/parks, 35% for outdoor).

Amusement parks will also be required to adhere to California’s current health and safety requirements for reopened businesses, including mask mandates and physical distancing.

“With case rates and hospitalizations significantly lower, the arrival of three highly effective vaccines and targeted efforts aimed at vaccinating the most vulnerable communities, California can begin gradually and safely bringing back more activities, especially those that occur outdoors and where consistent masking is possible,” said Dr. Mark Ghaly, secretary of the California Health and Human Services Agency, in a prior news release announcing the updated guidance for sporting events and amusement parks. “Even with these changes, California retains some of the most robust public health protocols in the country.”