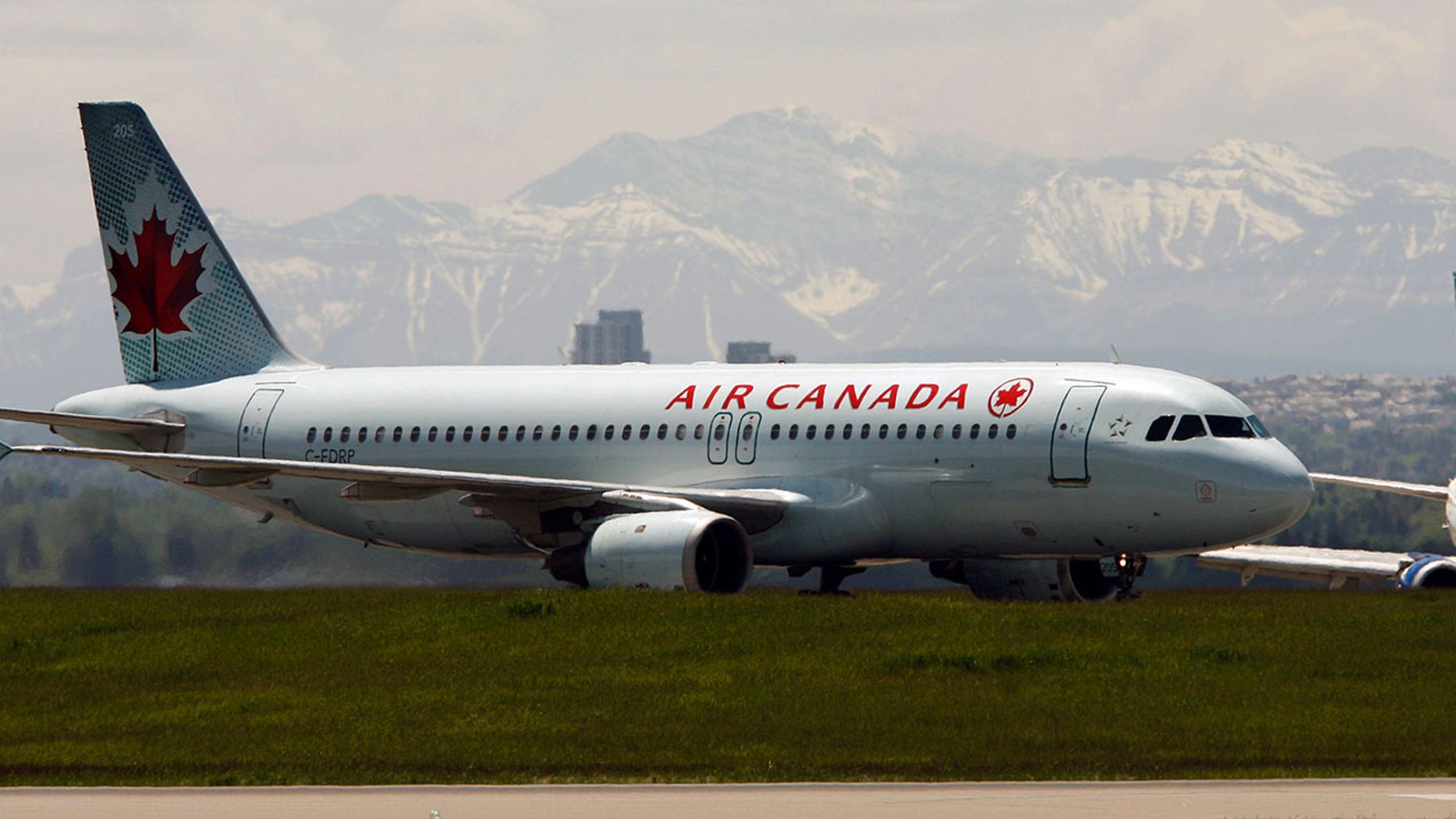 The flight attendants were taking meal requests from business class passengers before the plane took off, which prompted the man’s demands.
(Reuters)

A passenger with a very specific palate caused a major delay on an Air Canada flight over the weekend, witnesses claim.

The unidentified man had taken his seat in business class for the cross-Canada flight from Vancouver to Toronto when he became “disruptive,” demanding to be served fish and claiming he could not eat meat or gluten, CTV reported.

The flight attendants were taking meal requests from business class passengers before the plane took off, which prompted the man’s demands.

The witness said the man was swearing and being verbally abusive, but did not appear to be drunk.

"He was very calm and was like, 'If I don’t get fish, there will be a problem. One way or another, I will get my fish, either you serve it to me or I will serve it to myself.'"

The passenger’s unruly behavior forced the plane to go back to the gate, where he was eventually removed from the flight.

However, his outburst caused enough of a delay to the flight that it created an issue for the flight crew.

"The pilot came on the radio and said, 'Due to this delay of having to come back to the gate, the co-pilot and I have tapped out on our hours and we need to get you new pilots to get you to Toronto,’” the witness told CTV.

Air Canada did not immediately respond to Fox News’ request for comment, but confirmed to CTV that the original crew members were ending their day limit hours because of the delay and a new crew was needed for the flight.

"We were all inconvenienced because this guy had a hissy fit over not being able to get fish," said the witness.

The incident, which several onboard dubbed “#fishgate,” left passengers unable to board the flight until 7:30 p.m. – over five hours after their originally scheduled 2 p.m. flight.