"C'mon, Stevie, you're better than that." I assured him that I really wasn't – then proved it by ballooning another forehand out of court. 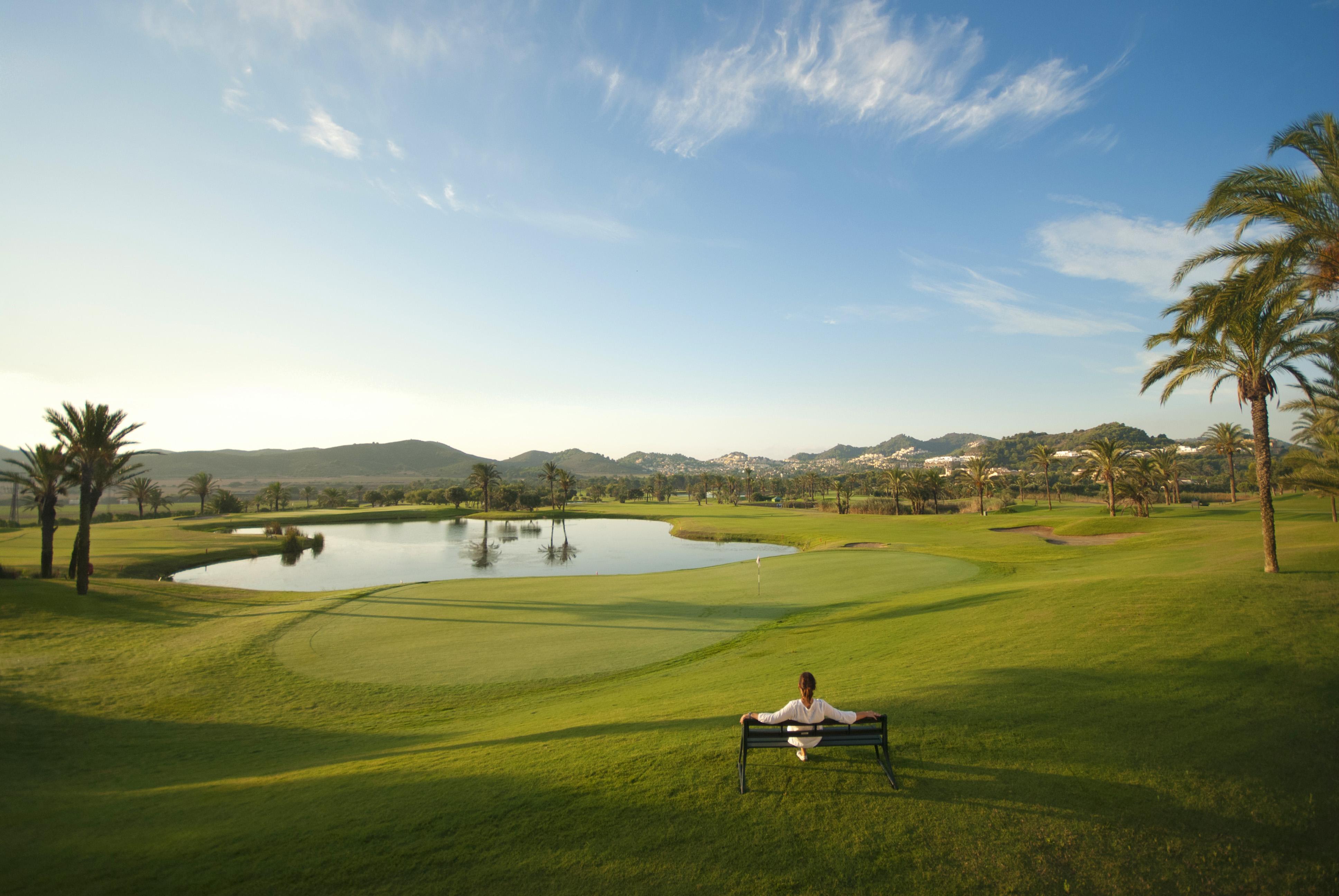 In fairness, before we headed out to La Manga Club, near Cartagena on Spain's south-east coast, a racket to me was something the kids made. I had not played tennis in anger for more than a decade. And I had certainly never played on clay.

But here I was, sunglasses on, trying to remember all I'd been taught in the past couple of days.

James Andreotti, the former world No998, had begun by getting us to concentrate on our "open" and "closed" stance and our footwork.

He assured us he didn't care where we hit the ball (something I reminded him of later, when another ball flew into the next postcode).

We then moved on to holding the racket, making sure we swapped grips for forehands and backhands.

Gym-honed And it wasn't long before I actually felt some improvement. Not enough to worry British No1 and La Manga Club regular Kyle Edmund, obviously, but a few of my shots were starting to look pretty good.

Much of that was probably down to the slower bounce on clay – a surface British kids should perhaps be learning on – but still, even James looked fairly pleased.

While my best serving was reserved for when I worked as a waiter, others in our group were right at home on a tennis court La Manga Club is just 30 minutes from Murcia airport in Spain – with two playing club matches the day after returning.

Yet as they do with their Tennis Academy, James and his coaching partner, Adriano, tailored the drills and speed seamlessly to ensure we were all on an upward curve – and that the better players weren't dragged down to my level.

As the sessions went on, the balls came back faster, and while the pros were clearly taking it easy when we teamed up for doubles, they were still beaten by a couple of well-timed shots. La Manga Club's reputation as one of Europe's leading sports resorts was put to the test when it hosted a Fed Cup match between Spain and Paraguay in April. Needless to say, it pulled it off.

Hundreds saw 2017 Wimbledon champion Garbine Muguruza help the hosts to a 3-1 win in their World Group II play-off – while the golfers, footballers, cricketers and those just after a bit of sun were able to carry on uninterrupted. Well, on a site that is three times the size of Monaco, most things are possible.

Amid all that space sits a 5* hotel, apartments for rent, plus the resort's Wellness Centre, featuring spa, gym and a High Performance facility used by elite athletes. And us.

We were put through our paces by Shaun, a gym-honed Belgian who had us jumping in front of cameras to measure power output before getting us to do sprinting exercises.

I was relieved that I did myself more justice without a racket in hand – and that Shaun resisted the temptation to tell me I was out of shape (my wife is perfectly capable of doing that).

The science certainly helped when we returned to the clay, though. The volleys looked sharper and the movement quick enough to counteract the incredible food available in the 15-plus restaurants. We tried six of them. All were fantastic.

La Manga Club has long been a golf destination – and the three sun-soaked championship courses have been the resort's main driver. Yet it is no surprise that, with 28 courts, it is the official overseas training base of the Lawn Tennis Association.

And if the likes of Kyle, Andy Murray and Jo Konta can give it a ten out of tennis, I reckon you will 15-love it, too.

GETTING THERE: La Manga Club is 30 minutes from Murcia airport, an hour from Alicante airport. Fly with easyjet.com from £25.18 one-way.

STAYING THERE: A three-night Weekend Warrior Academy stay at La Manga Club is from £443 per person from March to October (excluding Easter, July and August) and including bed and breakfast at either the 5* Hotel Principe Felipe or 4* Las Lomas Village Apartments as well as six hours' coaching and two hours' organised match play. See lamangaclub.com.