Britain at its best: The small Cornish town of Marazion tried (and failed) to change its status, but still has all the heart of a city

As we stroll down the main street — where you can buy pasties the size of handbags — the mayor of Marazion, Derek Laity, says: ‘You can tell which houses are lived in by locals and which are holiday lets. The holiday lets always have key code boxes by the front door.’

But as far as I can see, there are surprisingly few of these giveaway key boxes outside homes with traditional Cornish names such as Cairn, Hendra and Gwynn. 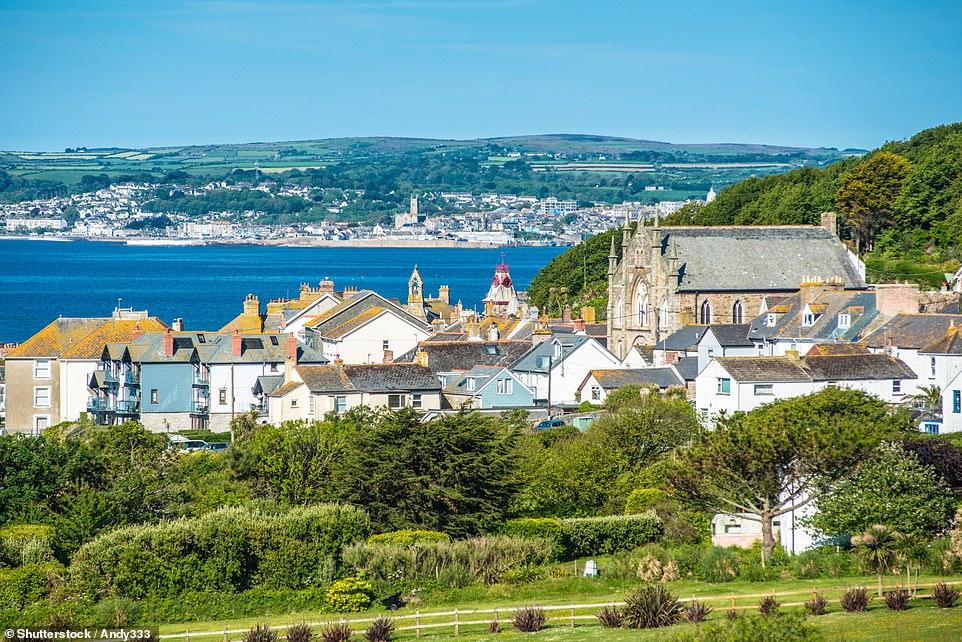 Coastal splendour: Marazion, pictured above, is home to a population of 1,404 people and is set just 15 miles from Land’s End 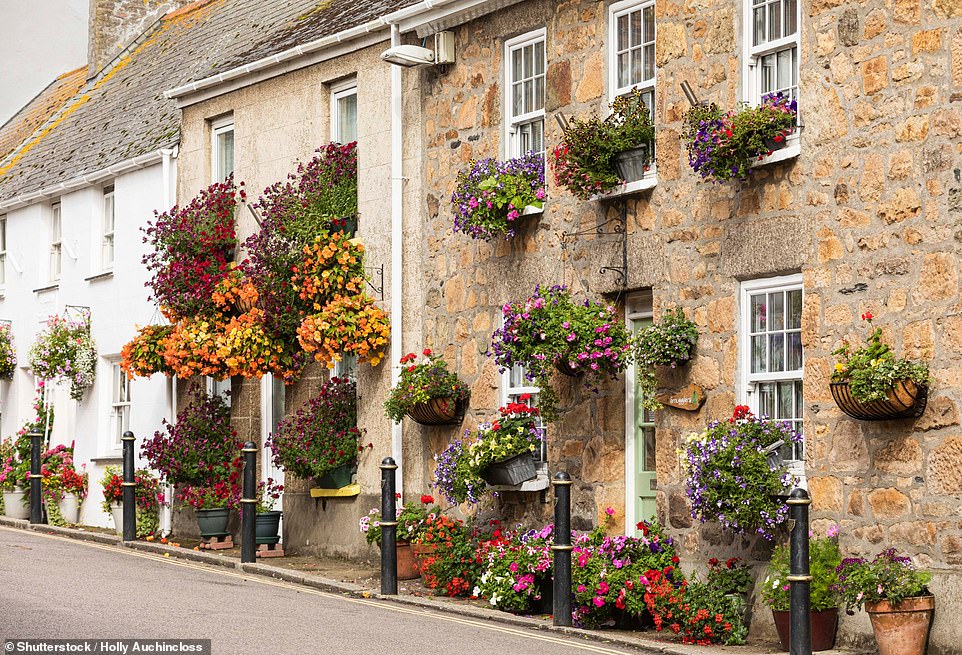 Rob describes Marazion as ‘one of the prettiest’ towns in England. Pictured is a row of picturesque cottages in the town 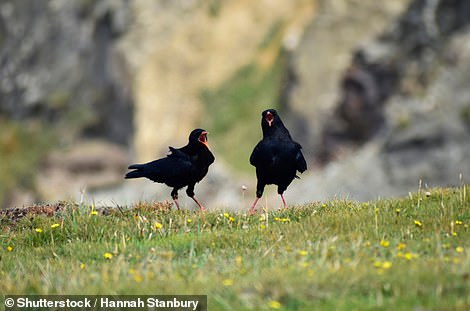 A pair of choughs. Known as the crow of Cornwall, the bird was extinct in the area for nearly three decades

What’s more, it is applying for city status during the Queen’s Platinum Jubilee year. Or at least, it was until the rules changed, requiring a ‘primary council’ to lend its support, and the paperwork needed from Cornwall Council wasn’t completed in time. Not that this bothers the choughs, otherwise known as the ‘crows of Cornwall’, with their long beaks and pillar-box red claws.

The chough (pronounced ‘chuff’) was extinct in Cornwall for nearly three decades, partly due to a decline in the grazing grounds that the birds preferred for nesting. Unexpectedly, one pair returned in 2001, which eventually led to 66 fledged choughlets last year.

Perhaps they like the idea that only 1,404 people live here and most of the year it’s quiet — although it revs up in the summer with St Michael’s Mount, the famed castle island, connected to the town by a low-tide causeway. 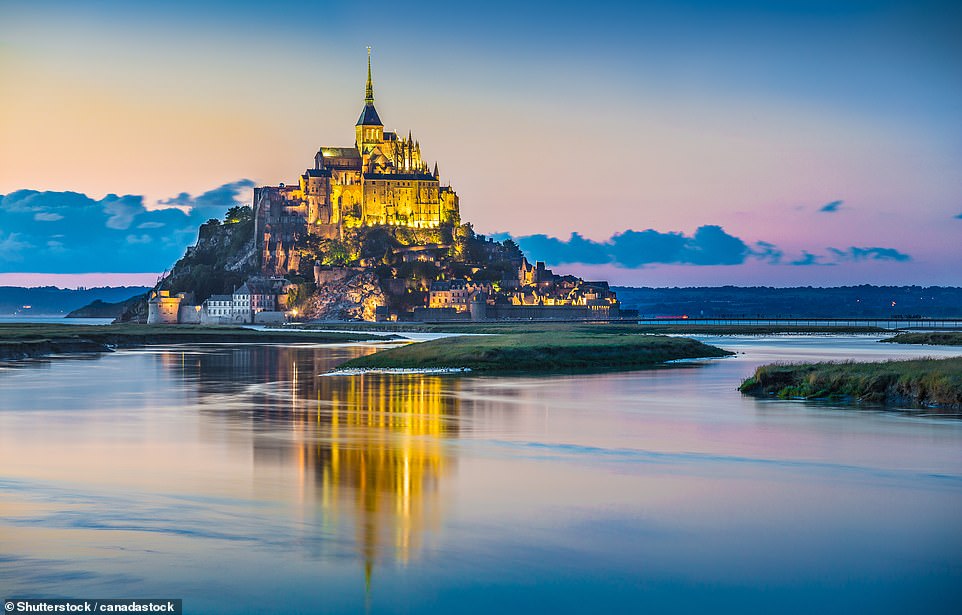 Little Marazion has the famed castle island of St Michael’s Mount, pictured above, on its doorstep

Marazion received chartered status in 1257 from Henry III, making it one of the oldest towns in England. It is one of the prettiest, too. A jumble of cottages; flagstone-floored pubs; sweet shops; a stout, granite, toy-sized town hall and tiny art galleries selling pottery and watercolours.

Narrow alleyways contort and bend, leading out to a wide beach of pale, buttery sands strewn with rust-coloured seaweed. Palm trees and succulents add a tropical note. The town’s Copper Spoon café sells ‘pisky-ccino’ coffees named after the ‘pisky’ fairies; diminutive, green creatures with red hair and wrinkled faces who are believed to live on the high moors.

When ordering a pasty in Philps, the bakers, I’m told it will be with me ‘dreckly’, a Cornish phrase that could mean anything from five seconds to the rest of the day. In fact, it arrives almost immediately — golden brown and bursting with beef, potatoes, swede and onion. I attempt to walk it off by striding out to reach Marazion marsh, just outside town, where reed beds and willow scrubs teem with warblers in springtime, while mallards navigate the waters and herons build spindly nests. 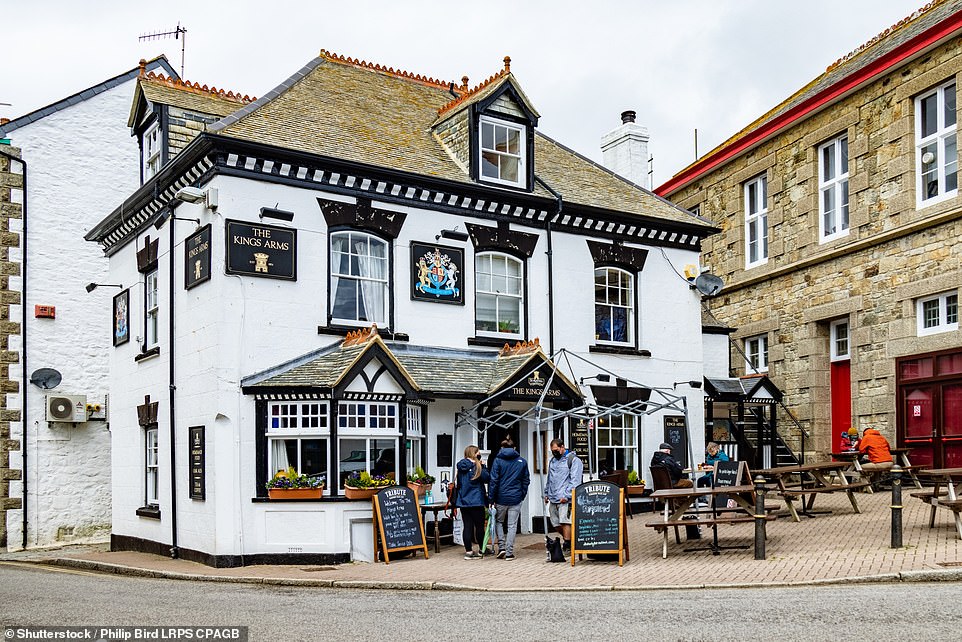 ‘Over a pint in the snug of the Kings Arms (pictured), a friendly local tells me there is talk of some of the area’s ancient tin mines being reopened again for extracting lithium,’ writes Rob 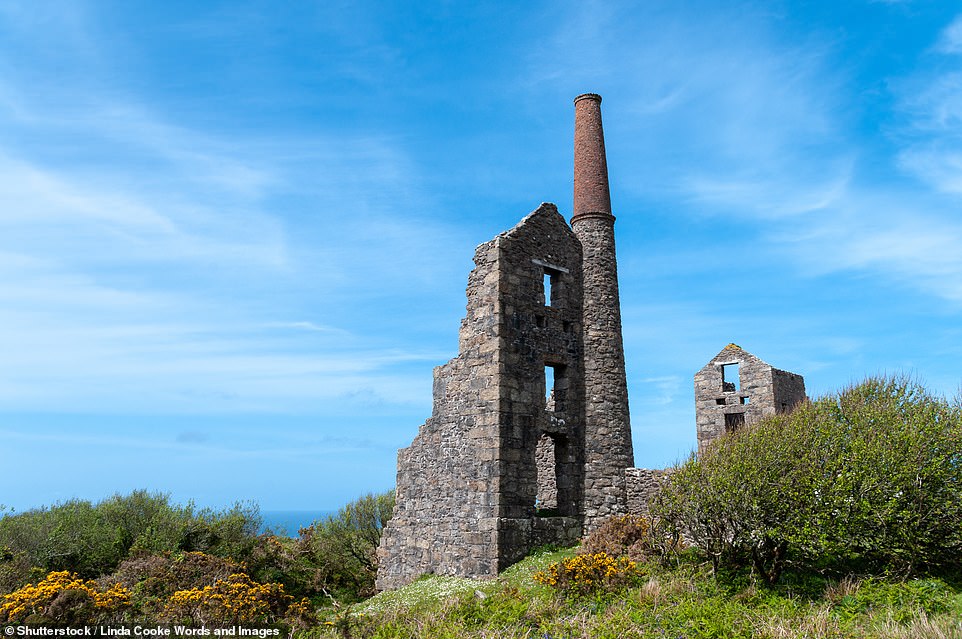 Rob drives ten miles to the former Carn Galver mine, pictured, which is set near the tiny parish of Zennor

Marazion is a former fishing and mining town. Over a pint in the snug of the Kings Arms, a friendly local tells me there is talk of some of the area’s ancient tin mines being reopened again for extracting lithium.

As the sun sets, I drive ten miles to reach the former Carn Galver mine near the tiny parish of Zennor. It was here, during the Great War, that D.H. Lawrence and his German wife were wrongly accused of sending light signals to German U-boats. More than a century on, the ruined engine house and chimney remain.

As the sun dips below the cliff tops, looming shadows stretch over the ancient walls and rumpled fields of a region that exudes charm. And may, one day, claim to have England’s smallest city in its midst.