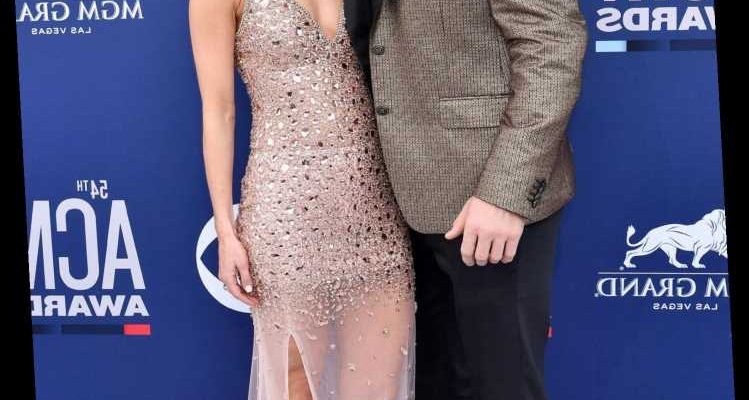 Country star Brantley Gilbert is celebrating a momentous accomplishment as he continues to defeat his past addiction.

On Friday, the singer, 35, revealed in a heartwarming family photo on Instagram that he has successfully remained sober for nine years. He captioned his post, which pictures a sweet embrace with his wife, Amber: "9 years drink-free today, and couldn't have done it without my family, my brothers, my road family and the #bgnation … If y'all pop a top today, drink one for ya boy…. Much love, and lookin forward to playin the livestream show for y’all on Dec. 30 … Link in bio to grab your tickets today."

Many fellow artists and fans shared their support for the ACM award-winner.

While complimenting the "Bottoms Up" crooner, some Instagram users also shared their personal journeys. "I'm proud of you for that! I just celebrated 10 months drink free 🤙🏻🤙🏻🤙🏻," one person wrote. "Three years, two months for me yesterday!" commented another.

In 2018, after seven years of sobriety, Gilbert opened up to PEOPLE about his progress. "Knowing where I am now, looking back almost makes me sick to my stomach," he said at the time. "To go back to that frame of mind now is hard. What the hell was I thinking?"

Gilbert's battle with substance abuse began soon after he graduated from high school, in Jefferson, Georgia. As the son of a Baptist preacher, the singer had a religious upbringing. But in his teen years, he developed a fondness for liquor, which expanded into an affection for various pills — which evolved into his casual consumption of opiates. "I remember always making sure I had them," he told PEOPLE.

At 19, Gilbert survived a nearly fatal car accident, which was the result of drinking while driving. The incident became the driving force that led him to move to Nashville, where he kicked off his career as a country star. Still, he continued drinking, "Every day was a party," he admitted. Gilbert said he always kept a laptop bag which was filled with several bottles of hard liquor.

His cycle went on. "Every hour and a half to two hours, it would be time to get two or three good pulls on the bottle, and every three or four hours, it was time for a pill or two," he detailed. Even at night, he would periodically wake up to consume more alcohol.

It was not until 2011, after abdominal pains led him to the hospital, that he finally realized he would not be okay if he did not make a change. Gilbert told PEOPLE he had his last alcoholic beverage on Dec. 18, 2011 and detoxed through that Christmas. These days, Gilbert is enjoying his life with his family. The married couple are parents to son Barrett, 3, and daughter Braylen, 15 months. While sheltering at home amid the COVID-19 pandemic, the star transformed his garage into a man cave, which he personalized in every way.

"I thought 'The Dawg House' was a cool name, but also, some of the guys will say, 'Well, if you do screw up and get kicked out of the house for a minute…'" he jokes. "In the South, we call that getting put in the dog house, so now there is an actual Dawg House where they can come stay."

If you or someone you know is struggling with addiction, please contact the SAMHSA substance abuse helpline at 1-800-662-HELP.