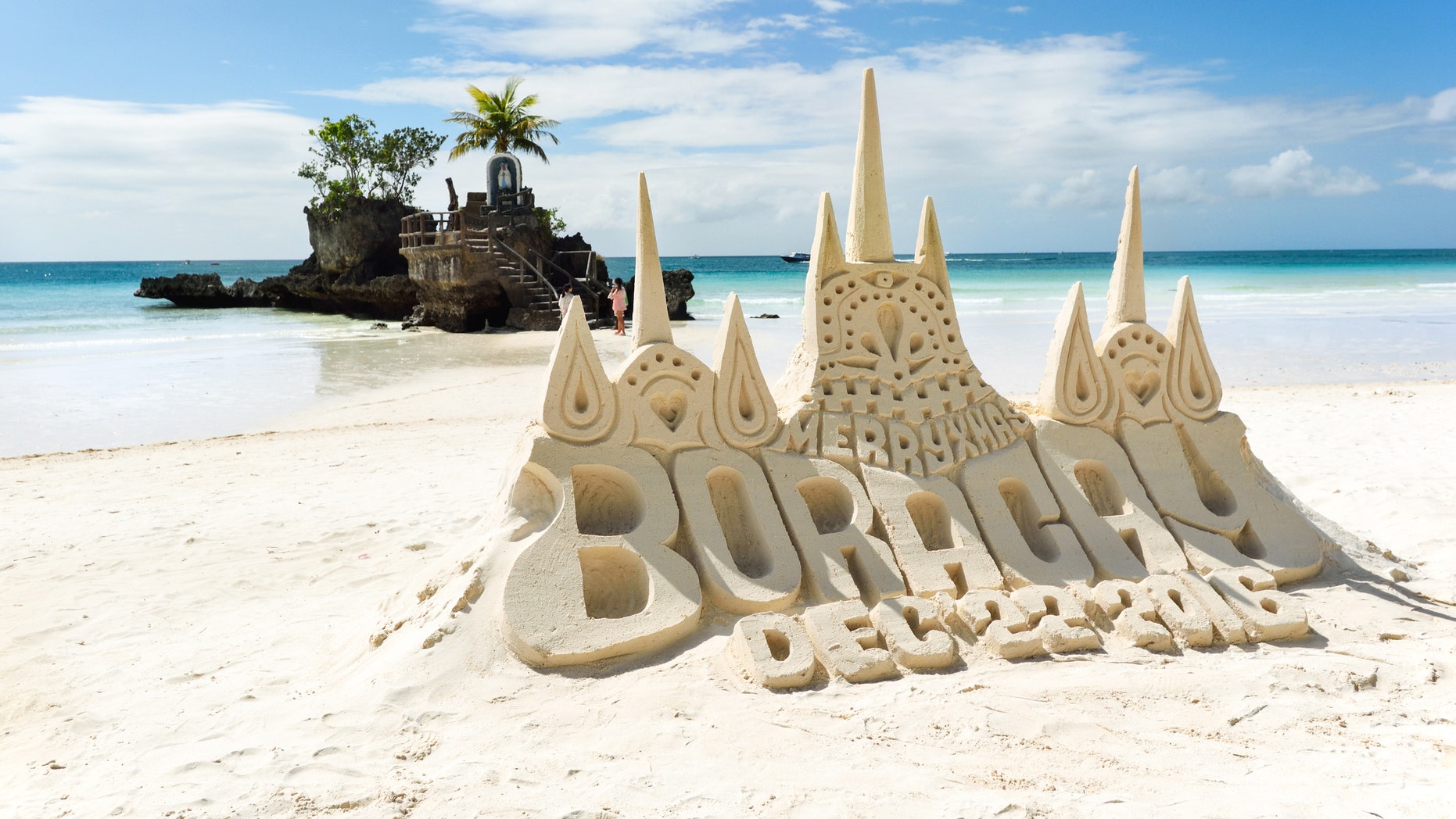 Authorities say the sandcastles, like this one photographed in 2016, "[tinker] with the natural terrain of the beach, and that the builders sometimes cause trouble with tourists.
(iStock)

It’s been less than three months since one of the Philippines’ most picturesque islands reopened to the world and police are going to extreme lengths to make sure Boracay doesn’t fall into its old, harmful patterns.

Regularly referred to as one of the best islands in the world, Boracay had become a victim of its own success when President Rodrigo Duterte called the beachy paradise a “cesspool."

The President closed the island for six months, giving accommodation providers the time they needed to fix their sewage and waste problems. On October 26, the island reopened to the public, and in the past three months, the beachfront has been cleared of a number of Boracay mainstays.

Drinking on the beach is restricted, fireworks are no longer allowed, and police seem to have finally cracked down on the beachfront’s iconic Boracay sandcastles made by kids to earn a bit of money from tourists.

A photo of police destroying one of the famous sandcastles went viral last year, but kids were still creating the tourist drawcards on the beachfront. And now, tourists seem to be mourning the loss of the sandcastles with a number of travel bloggers lamenting the iconic creations.

If caught, the sandcastle builders can face time in jail due to one of the island’s laws.

“This daily unregulated commercial activity tinkers with the natural terrain of the beach resulting to prolonged presence of irregular contours which affect the natural symmetry of the beach,” the ordinance reads.

Jose Mark Anthony Gesulga, a senior inspector chief of the Boracay Tourist Assistance Center, previously told Philippines Lifestyle they would be cracking down on unauthorized builders.

Despite some tourists lamenting the crackdown on sandcastles, Gesulga said police on the island regularly receive complaints about the people who are building them.

“We received reports that some asked 50 pesos per person,” he said, referring to builders expertly positioning the sand structures so people would accidentally photograph them.

Other tourists complained about being forced to pay for taking photos on the beach while some tourists were even robbed while taking pictures.

“While the complainant had his pictures taken at the sandcastle, he momentarily left his belongings. But his things went missing shortly later,” Gesulga said.

Close to 300,000 people have visited Boracay since the island reopened and authorities say the tourist attraction still has a long way to go before it fully recovers.

All watersports, including jet skiing, kiteboarding and scuba diving, are still banned on the island. Beach bonfires and street vendors are also banned, and the island’s three casinos have been permanently closed.

This article originally appeared at News.com.au.