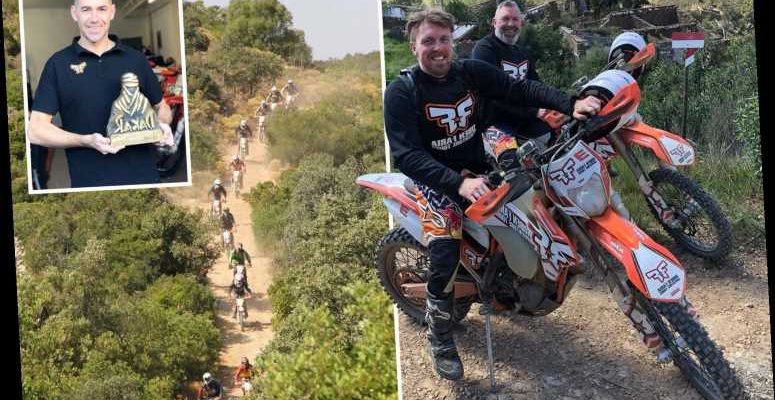 THERE’S not an inch of the Algarve that Ruben Faria has not explored.

The local motocross champion, who trains in the rugged hills of southern Portugal, must have seen more of the region than almost anyone alive. 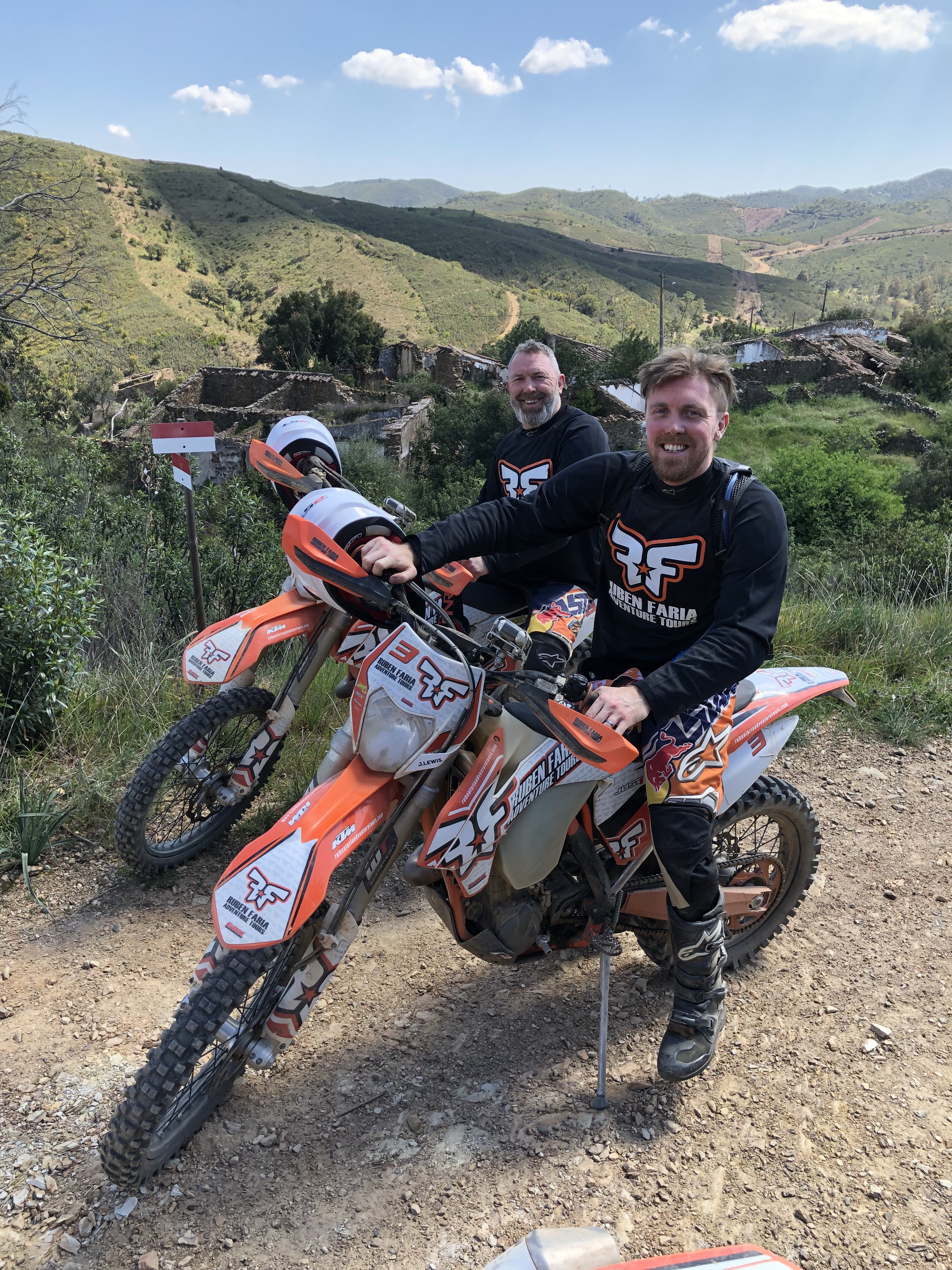 Now, the Dakar Rally silver medallist is sharing the area’s secrets — with anyone who can keep up.

His Ruben Faria Adventure Tours offer motocross trips that pair adrenaline thrills with Portuguese hospitality for an Algarve holiday like no other.

My dad and I, who are experienced bikers but with no off-road experience, booked on for two days of extreme father and son bonding.

Things can get competitive when we are together, so arriving at Ruben’s garage in the town of Moncarapacho, I was happy to see that Dad’s feet could not reach the ground on his KTM 450. 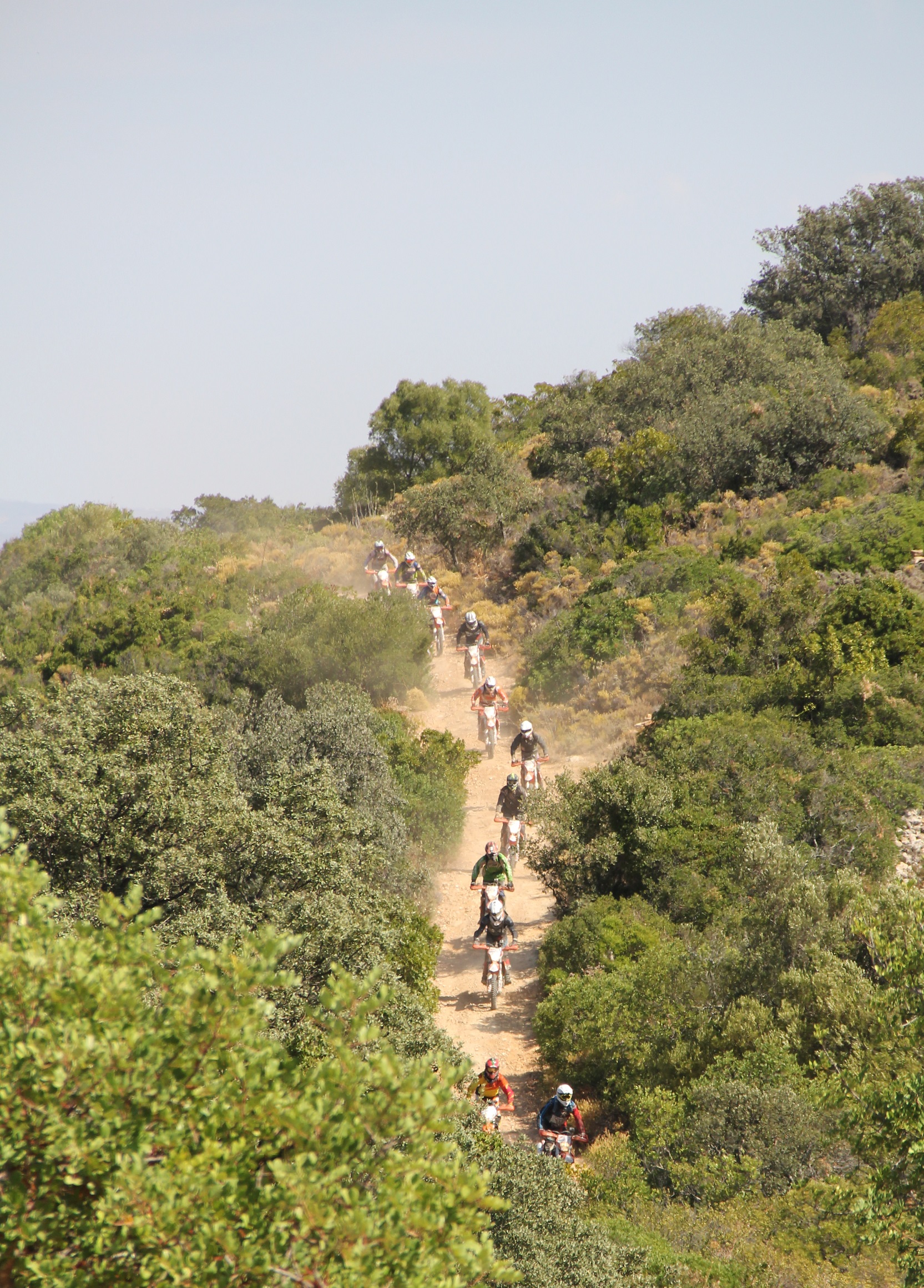 But he soon solved that problem (somehow jumping on the bike while it was already moving) and then he was power-sliding mountain trails like a slightly taller Tom Cruise.

The region is better known for its well-preened golf courses than its rugged countryside, and the most off-road excitement it offers your average 60-year-old is driving a buggy too close to the green.

But away from the fairways I found myself chasing a dust cloud in the shape of my old man.

With the sparsest popul­ation in Portugal, 300 sunny days a year and a web of empty rural tracks, the Algarve hills are the best motocross playground in Europe. 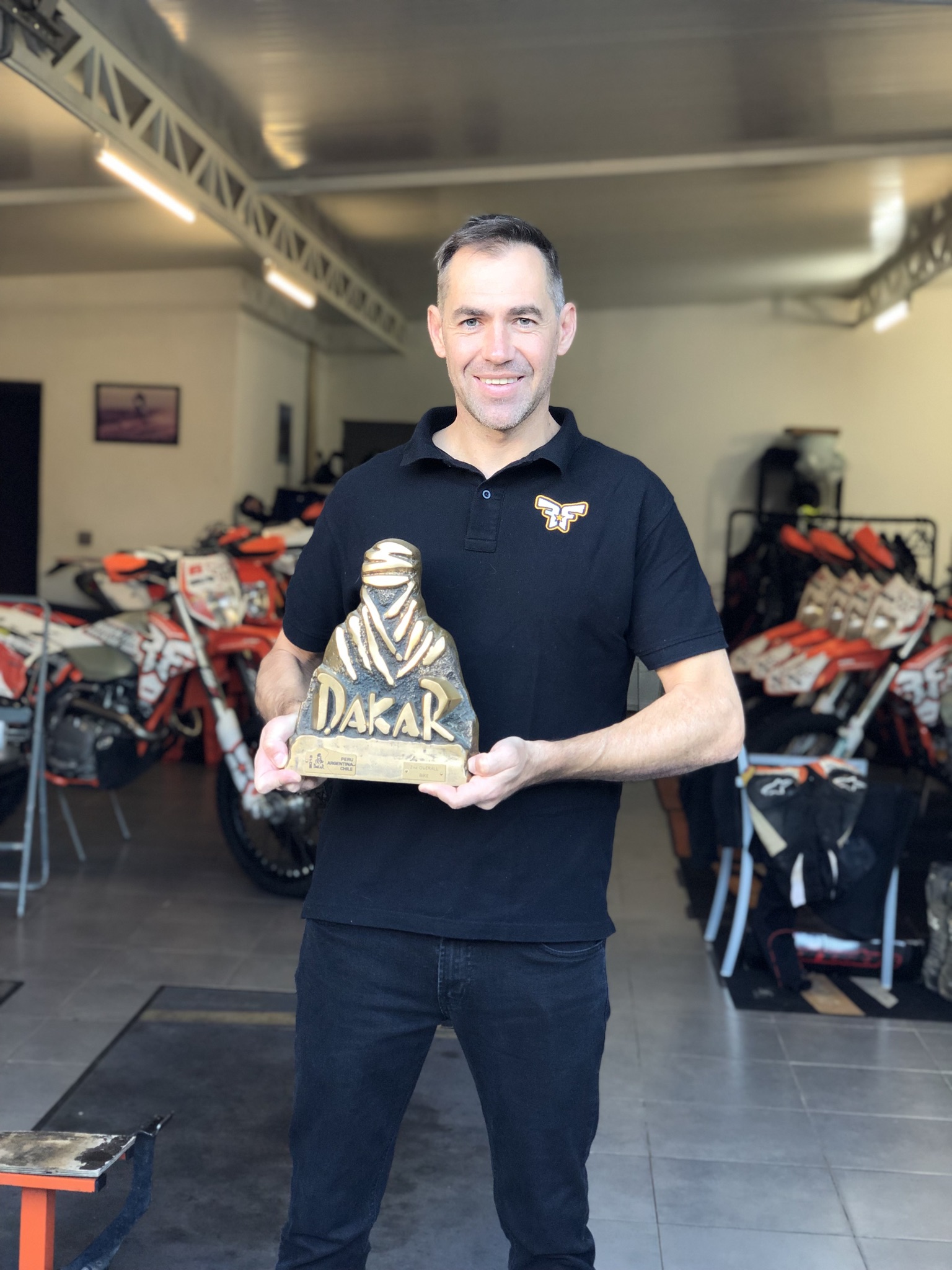 Ruben, 45, led the group, with Ivo in the rear and Micael driving the back-up van.

Climbing from sea level to 1,700ft, we honed our cornering on gravel switchbacks and got technical on rocks and riverbeds.

We stopped regularly to hydrate — by an abandoned village or hilltop vista — soaking in views inaccessible to all but the most determined hiker.

For lunch we parked by the coast at Marisqueira Fialho, where it became clear that local lad Ruben is quite the celeb. 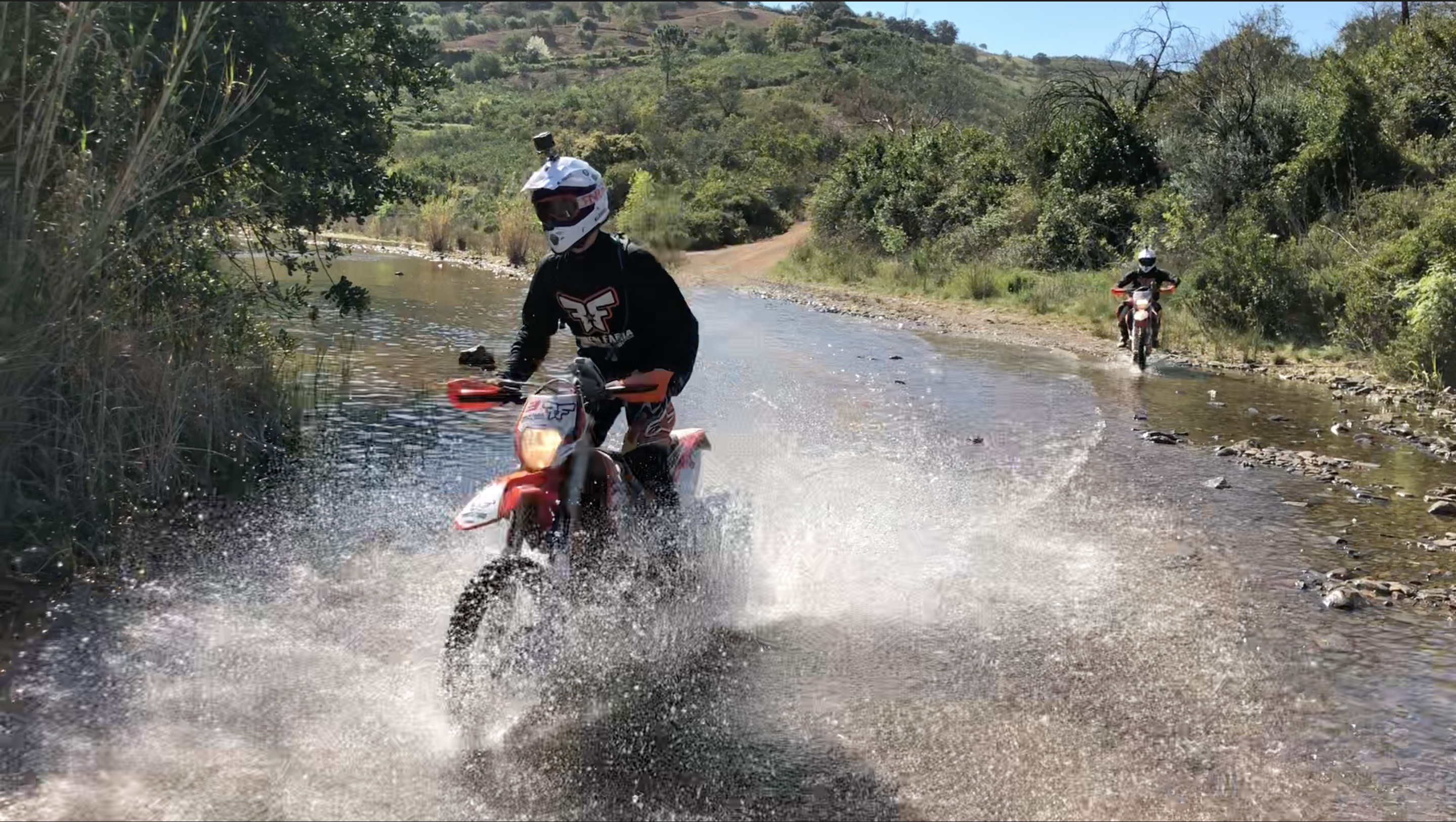 Another day, in stucco-clad Alcoutim, an old smuggling town on the Spanish border, we ate by the river at O Soeiro.

There were also morning coffee breaks with the pensioners at Anastacio Taverna on the square in the village of Azinhal.

And we tucked in to a delicious breakfast at the cafe in Fonte Ferrea Park.

With a stream to cool your feet, this oasis appeared as if by magic after narrow switchbacks down a rocky wooded gorge.

On our last afternoon, I took a simple exit from a dirt path, hit a patch of gravel and came off the bike. The body armour did its job but I was down one spill to nil, and Dad had officially won the weekend.

GETTING THERE: Flights to Faro are from £22.99pp one way at easyjet.com.

STAYING THERE: A three-day tour including two nights in a 5H hotel, three meals, water and fuel is from £402. Bring your own bike or hire one from £348 for three days. See ­rubenfariaadventuretours.com.