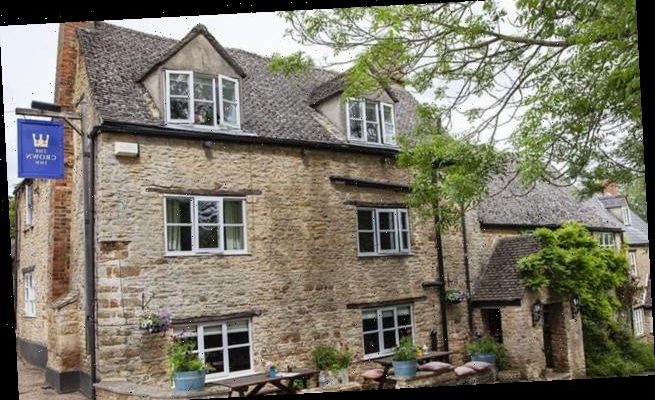 Great British boltholes: Hipsters want to be part of the inn crowd at The Crown, a 17th-century Oxfordshire pub in a quintessential English village

After a long tramp across the Cotswold countryside, there can be few more pleasant places to rest one’s weary legs than the secluded garden of The Crown in the Oxfordshire village of Church Enstone – tipple in hand, naturally.

Now bookings are required for tables in the restaurant and it’s also advised to call ahead to reserve a table in the bar area. 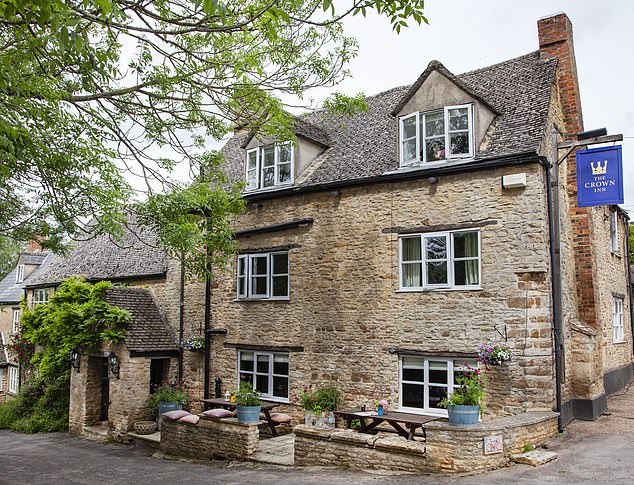 ‘We are being ultra-cautious. All the tables are one metre apart. We’re getting going tentatively to make sure everything works right,’ says Victoria Irvine, who runs The Crown with her artist husband George. A graduate of London’s Slade School of Fine Art, his works adorn the walls.

George and Victoria bought The Crown in 2018 and have been doing it up ever since. The building dates from the 17th Century and its sloping floors, wooden beams and honey Cotswold stone walls have been left alone, while old beer-sodden carpets have been removed.

As well as hikers, George and Victoria also welcome another type of guest: Soho Farmhouse-ers. The hipster retreat is just a couple of miles away and some members save money by staying at The Crown, where room rates are much cheaper, when using the spa at the celeb-magnet club.

Church Enstone is a quintessential English village. Tranquil St Kenelm’s Church, which dates from 850 AD, is a stroll away, and the village was home to ‘Old Mont’ Abbott – immortalised in Lifting The Latch, Sheila Stewart’s enchanting memoir of the rural labourer. 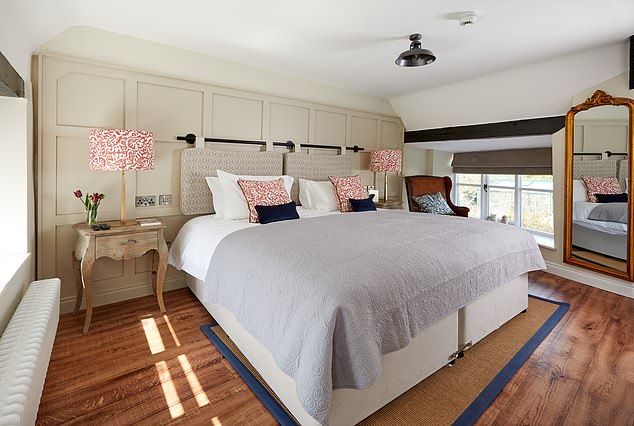 Each country-chic room at The Crown has a different layout

The USP: The pub’s centuries-old atmosphere. Ghosts of the past seem to hang in the air.

The rooms: Each country-chic room has a different layout. The bathrooms punch above their weight with showers and bathtubs (plus lavender-scented 100 Acres toiletries). Digital radios and large TVs are provided, as are copies of Lifting The Latch. Crown Cottage, an Instagram- pretty three-storey, two-bedroom cottage next door that sleeps four, can be rented from £800 for four nights.

The food: Classics such as burgers, pies and bangers and mash, along with a rotating main menu. Sunday lunch includes harissa lamb with mint yogurt or pork loin with roast potatoes and seasonal veg. Three courses costs from £25.