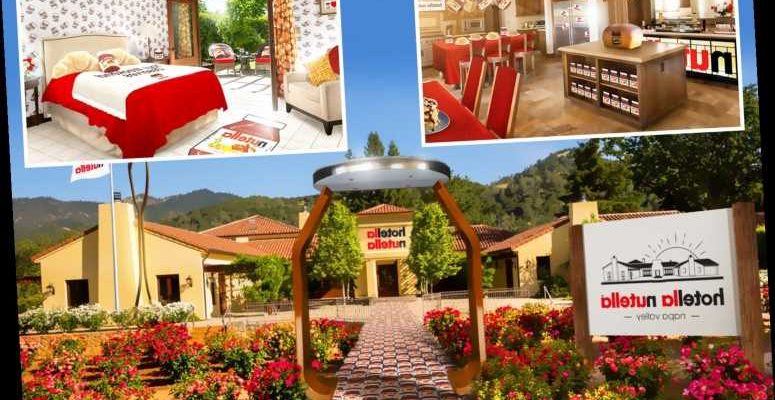 A NUTELLA themed hotel is opening next year – and you could stay for free.

Hotella Nutella will open in California in January 2020 with free flights being offered to and from the hotel. 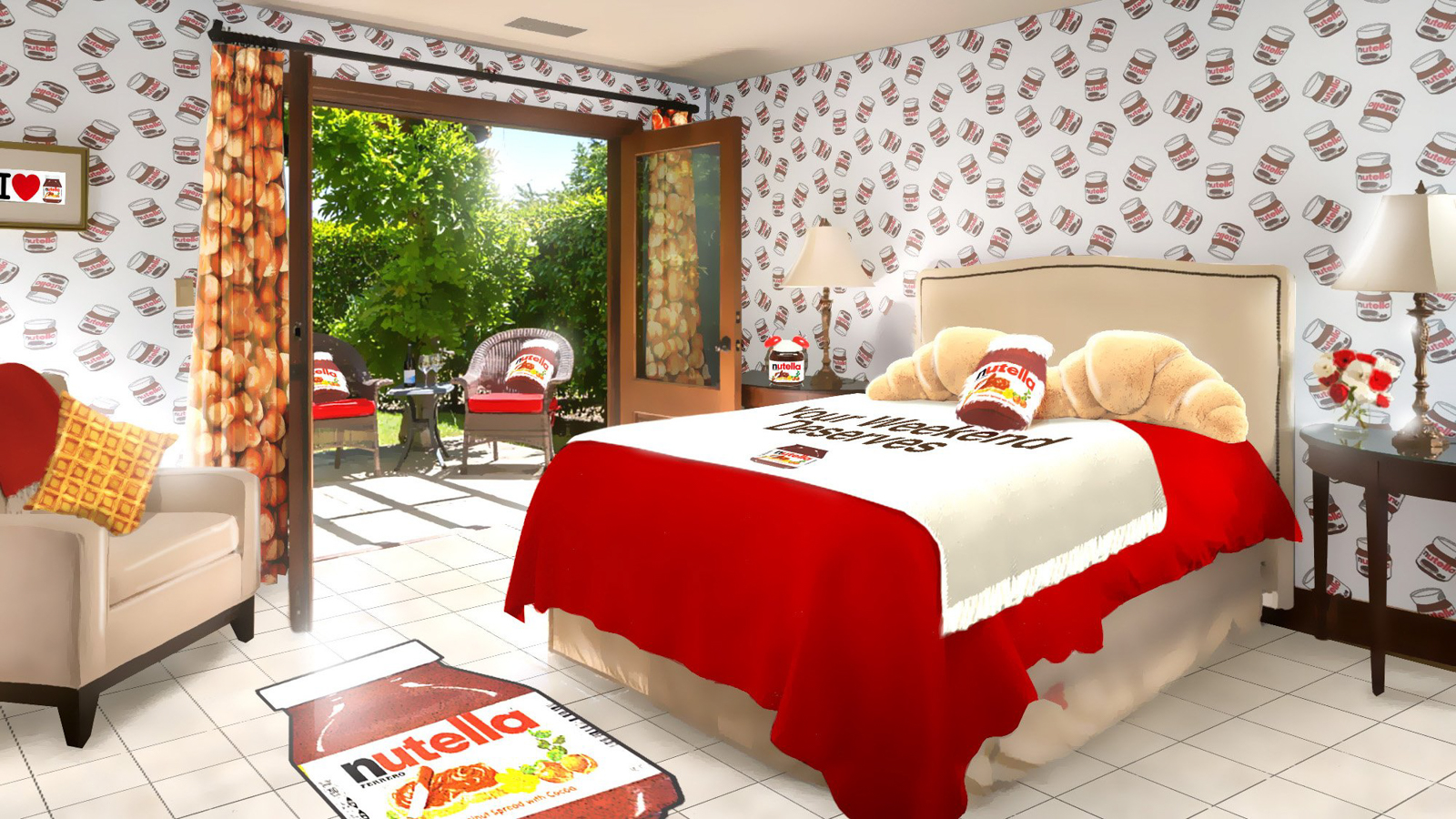 The only catch – you have to enter to win, as it is only open for one weekend.

Three lucky winners and their plus ones will then be able to stay in the chocolatey hotel for three days.

Guests will walk up a road lined with Nutella jars, before walking through an archway shaped like a bottle.

Once inside, the bedroom will feature croissant shaped pillows as well as Nutella wallpaper and decor. 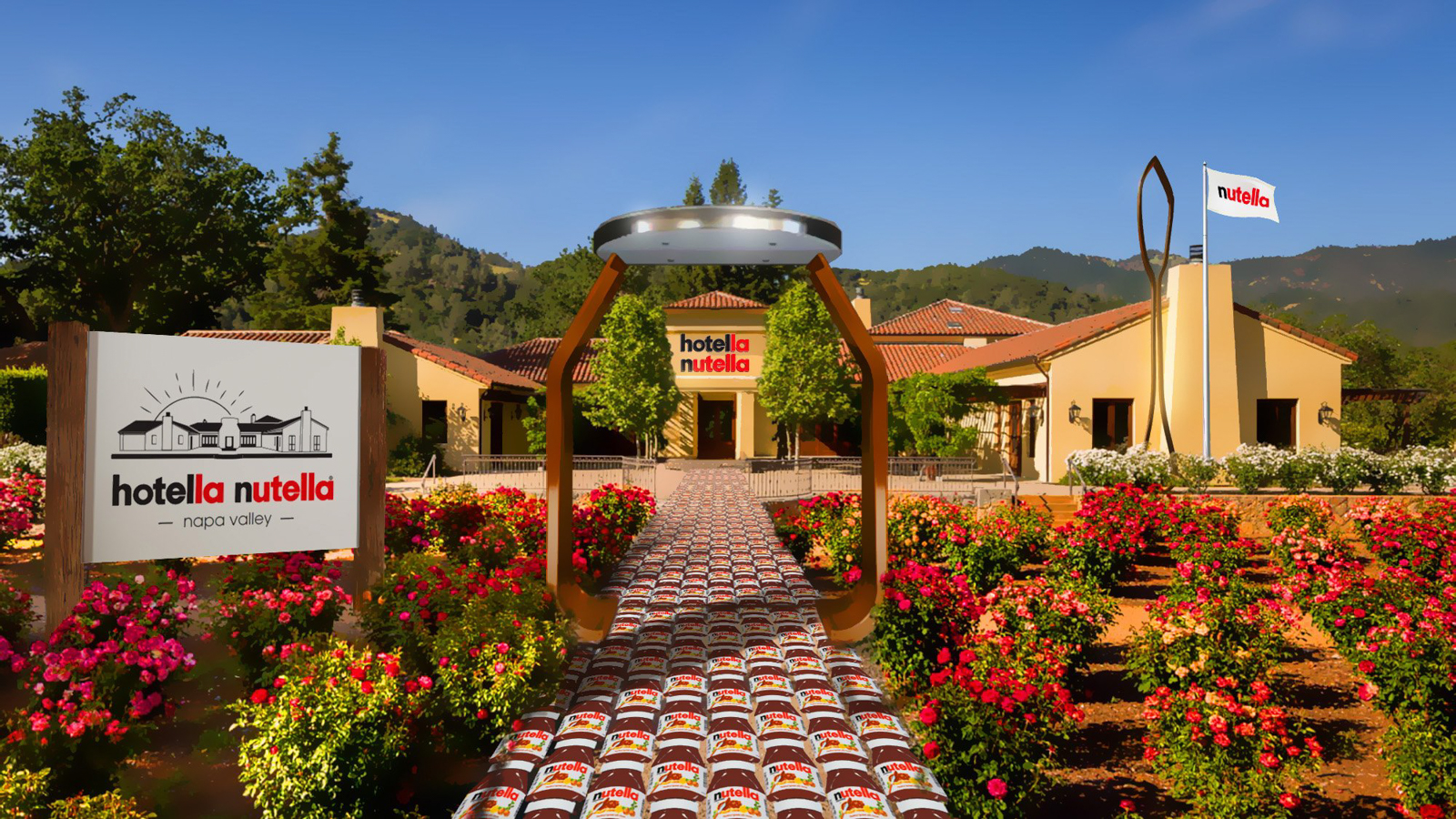 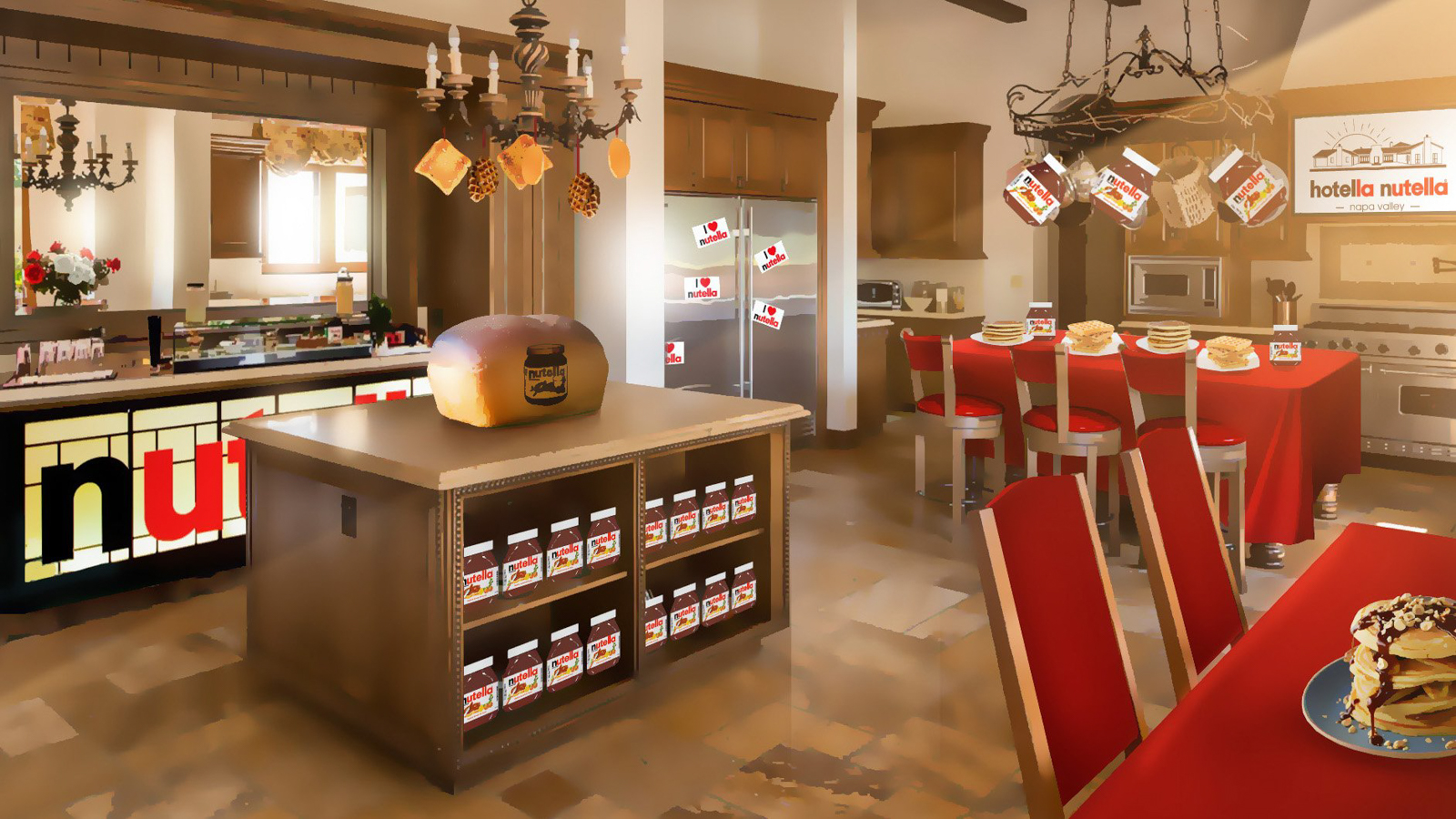 A stay at the Nutella hotel wouldn't be right without sampling the hazelnut spread.

A 'breakfast-dinner' run by Food Network chef Geoffrey Zakarian will be on offer, as well as a savoury Southern brunch with Tanya Holland.

Pancake artists Dancakes will also show you how to do pancake art – using the chocolatey spread.

To win a two-night stay at the hotel, you need to send a 60-second video reflecting your passion for Nutella at breakfast.

You also need to be from the US, and enter by December 8.

If you aren't one of the lucky few, you can instead get a jar of Nutella with your name on it as a gift this Christmas.

Nutella originated in the 1940s, created by Italian Pietro Ferrero, who owned a bakery in Alba, in the Piedmont region of Italy.

At the time, cocoa was in short supply due to the war, so he combined it with hazelenuts to create the spread, called "supercrema gianduja".

It was renamed at Nutella in 1964, and the first Nutella restaurant opened in Chicago in 2017.

You can stay at a chocolate themed hotel in Bournemouth called The Chocolate Boutique Hotel for just £30 per person.

A chocolate cruise will set sail next year, travelling through Italy and Spain on a sweet tour.