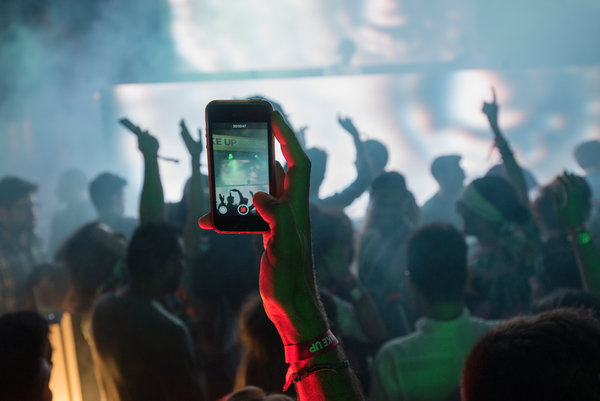 Turning their lobbies, pools, bars and rooftops into concert venues lets hotels bring music-scene energy on-site. Some are following the example of festivals like Coachella by hosting days-long events, while other are throwing one-time intimate concerts. Here, some of the hotels that have music events planned in 2019.

Kimpton Hotels started its live music series, Kimpton Off the Record, in June. The hotel brand has seven intimate performances of no more than 200 guests slated for 2019. Performers are chosen based on how well they complement the hotel’s locale. In August, for example, the indie-pop band St. Lucia will perform at the Kimpton Goodland Hotel in Goleta, Calif. — a hotel with its own vinyl record shop and record players in every room. Performances will also take place in Austin, Tex., Nashville, San Francisco, Toronto, Boston and Los Angeles.

Ace Hotel isn’t new to the festival scene. Every April for the last decade, the Ace Hotel & Swim Club in Palm Springs, Calif., has hosted the Desert Gold festival. The 2019 version will take place from April 12 to April 21. Performers haven’t been finalized, but in past years Blood Orange and Florence Welch have performed at the hotel. The New Orleans Ace will host its fourth Six of Saturns festival from April 26 to May 5. The chain’s newest festival, Double Vision, was held at Ace Hotel Chicago in July for the first time in 2018 and will be back in the coming year. All the festivals take place poolside, on rooftops, in bars, private event spaces and, in New Orleans, at its in-hotel music venue, Three Keys.

W Hotels plans to take its Wake Up Call festival to Dubai in the second half of 2019, when the W Hotel Dubai The Palm opens. Other W Hotels will have individual music performances. The W in Bellevue, Wash., holds performances in its bar on the third Thursday of each month with local artists. Hip-hop artist SWSH will perform at the W in Los Angeles on Jan. 17, and in Barcelona several concerts are scheduled in the hotel’s 26th floor bar, including performances by Josh Butler (Jan. 1) and Full Intention (Feb. 1). 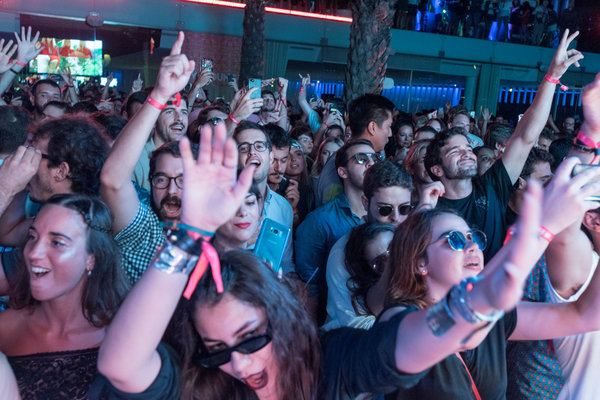 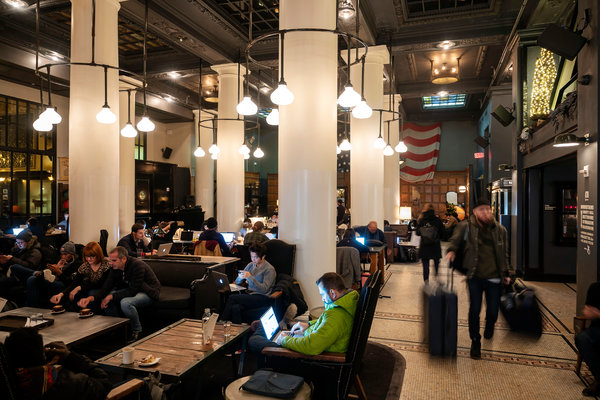 From March 28 to March 31, the Fellah Hotel in Marrakesh, Morocco, will play host to the Beat Hotel festival, put on by the promoters behind the Glastonbury, England, festival. Festival attendees can stay at the Fellah Hotel, which is on a 27-acre farm, where the concerts will be held. The festival also plans shuttles for those who stay at other hotels or riads. Scheduled performers include the Mercury Prize-winning band Young Fathers and the Dutch disco-house D.J. Hunee.

Live music is a big deal at Hard Rock Hotels around the world. Through the hotel’s The Sound of Your Stay program, guests are allowed to check out Fender guitars and amplifiers, take them to their rooms and create their own music studio experience. The brand’s annual music festival will be held in summer 2019 at the Hard Rock Hotel Shenzhen Mission Hills resort in China, with dates and acts still to be finalized. Guests are encouraged to stay in the hotel’s 258 rooms and interact with artists who will be on the property.

Tariro Mzezewa is a travel reporter at The New York Times.  @tariro