Opposition Leader Peter Dutton says the new Coalition frontbench will have “as many women as possible” when he reveals the shadow ministry alongside Nationals leader David Littleproud on Sunday.

Speaking on Sky News on Sunday morning, the Liberal leader who was last week elected unopposed to lead the party said he would also be giving an opportunity to some “incredible talent” that had been on the backbench for a while in the upcoming reshuffle. 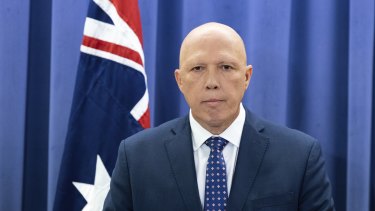 “I want to demonstrate the strength of our coalition and the united nature of our party … there is a desire to pull together,” Dutton said.

Prime Minister Anthony Albanese last week unveiled a record 13 women in the ministry, with 10 in cabinet. At the same time, the Liberal Party’s election defeat has been partly attributed to female voters turning away, a reality acknowledged by new deputy leader Sussan Ley last Monday.

Asked about female representation on the new opposition frontbench, Dutton said on Sunday morning “it’s important for us to have as many women as possible on the frontbench, and that will be a feature of the frontbench that we announce later today”. 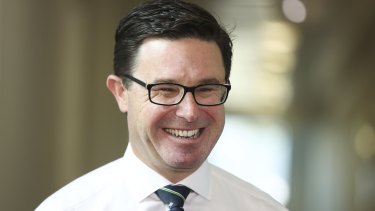 Former Energy Minister Angus Taylor is rumoured to be named shadow treasurer, while former trade minister Dan Tehan is expected to be given either the foreign affairs or defence portfolio under Dutton. Senate leader Simon Birmingham and Senate deputy leader Michaelia Cash will remain in those positions.

Asked on Monday whether he would push for greater representation in the shadow cabinet, newly elected Nationals leader David Littleproud said there were already quotas in place with the Coalition.

Asked during an interview with ABC television on Sunday morning about the number of frontbench spots he’d secured, Littleproud said the Coalition would be announcing that detail “in the next couple of hours”.

“But let me say, with respect to Coalition agreements, it’s all about policies,” he said, adding the frontbench would draw “on the experience of those that have come before us, but also some new faces that will take the National Party to the 2025 election with some enthusiasm and energy, and new policies”.

He said the junior Coalition partner would work with Dutton and his party to make sure the opposition had a “cogent argument” to take to the next election, with the Coalition now grappling to formulate its key suite of messages following the election defeat.