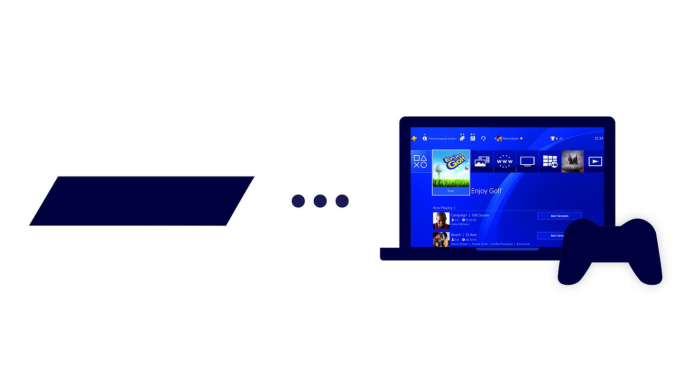 An app and console update allows PlayStation 4 users to stream games onto their iOS devices, according to a Thursday tweet from the official PlayStation Twitter.

The PlayStation 4 update 6.50 must be installed in order for remote play to work. The free app, PS4 Remote Play, must also be downloaded from the App Store on the device you want to use for remote play.

Remote play allows the console to do the heavy lifting as the game is streamed to a device. PS4 Remote Play was already available for the Sony Xperia Z3, but now with it coming to iPhones and iPads, far more users will get to experience streaming PS4 games to their mobile devices.

PlayStation already offers game streaming to its PlayStation 4 consoles via PlayStation Now, a cloud gaming subscription service which is soon expanding to parts of Europe.

Game streaming could be the future of video games, as Microsoft is working on its own Netflix-like game streaming service. A step further than remote play, this service will deliver “console quality gaming on any device,” according to head of gaming Phil Spencer. Spencer further noted in an interview that reaching the wide audience of gamers means looking beyond selling them a console.

As Microsoft and Nintendo look beyond the console wars— the two companies paired up for a spot flaunting “Minecraft” cross-play between Xbox One and Nintendo Switch last summer— there are hints that PlayStation is starting to do the same. Sony came under criticism around that time for not allowing “Fortnite” cross-play between PlayStation 4 and Nintendo Switch, leaving players having to make new “Fortnite” accounts to play on the Switch.

PlayStation’s Shawn Layden praised Nintendo, Microsoft and other game makers during his opening keynote at last month’s DICE Summit, and called for unity among game makers.

“Sure, we all compete for attention to further this industry but we do so to keep the video gaming landscape vibrant and essential,” Layden said. “We have the power to bring people joy, inspiration, respite, we have the ability to transport them to new worlds and provide them with superpowers. As developers, we do not compete against one another. We all craft art, and art is founded on the creative, not the competitive.”