The latest attack on the Duttons will have ‘real consequences’ for Monica and Tate, Kelsey Asbille told HL. She teased what to expect in ‘Yellowstone’s intense’ fourth season in our EXCLUSIVE interview.

Yellowstone returns for season 4 on November 7 and starts right where things left off in the season 3 finale. Monica and Tate are on the ranch trying to get to safety as attackers come for them. HollywoodLife spoke EXCLUSIVELY with Kelsey Asbille about how Monica will react to this latest chaos with the Dutton family.

“I think the only thought in her mind is Tate and how do I get him out of here,” Kelsey told HollywoodLife during the show’s press junket. “We pick up right where we left off and the opening is so intense and also has real consequences for Monica and Tate.” 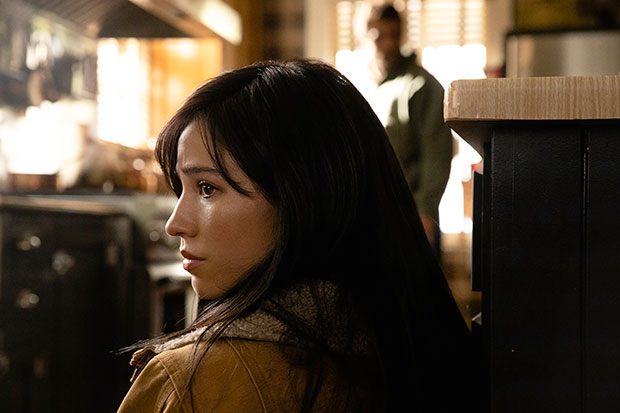 The mother and son have seen their fair share of chaos over the years. Tate was kidnapped at the end of season 2 by the Beck brothers. Tate was rescued, but the kidnapping was a traumatic moment for the youngster. After this latest situation puts her son in danger once again, Kelsey admitted, “She is done… I think what she sees in him, too, is she sees the Dutton coming out, which is really terrifying for her. She’s always been a person fighting for her family. She wants to be a good mother, so this is really the tipping point and she’s like, I’m out.”

In the season 3 finale, Kayce found himself in the midst of a shootout. John Dutton was left to die on the side of the road after being shot, while Beth got caught in an explosion. Their fates were left unknown going into season 4. 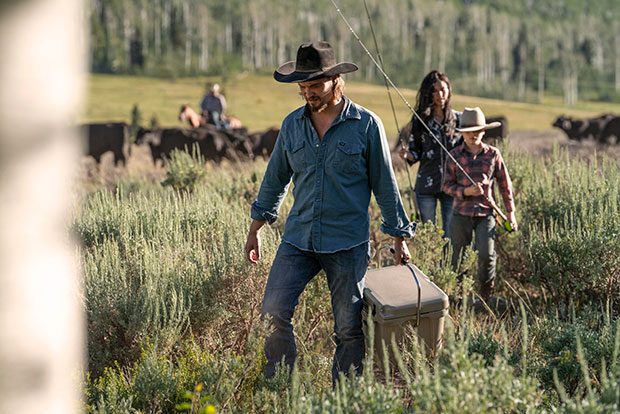 “I think that it definitely opens a new chapter for Monica and Tate,” Kelsey teased about the fallout of the attack. “It comes with its own crazy cliffhanger at the end of the season.” She also noted, “There is something that comes at her that’s unexpected but also kind of playful. It brings out a different side in Monica that we haven’t seen.” Yellowstone returns November 7 with back-to-back episodes at 8 p.m. on Paramount Network.