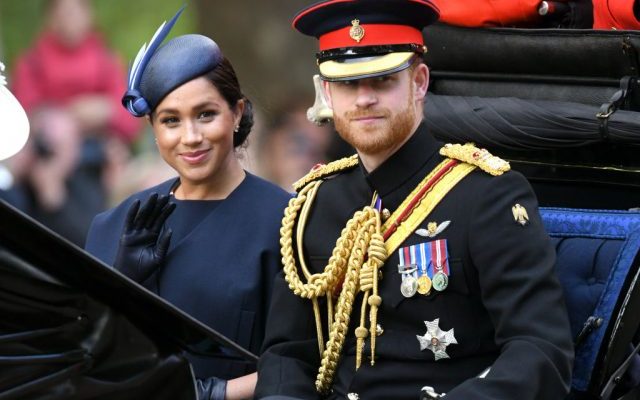 Meghan Markle and Prince Harry have been married for more than a year (they celebrated their one year wedding anniversary on May 19, 2019) but has the Duchess of Sussex told her husband how she really feels about his family?

We’d like to think they’re very honest and open with each other about their feelings but families can be a tricky subject to discuss in relationships. Family dynamics can play a huge role in a couple’s life together and they want to fit seamlessly into the fold.

Sometimes significant others prefer to keep quiet about how they really feel about their other half’s relatives, but does Markle?

Meghan Markle once described herself as a ‘brash American’

Before she the world knew Prince Harry and Markle were a couple, Markle debuted a capsule clothing collection for the Canadian retailer, Reitmans.

During an interview about the collaboration, Markle explained that she has no problem telling people what she thinks.

“I’m a brash American and if my name is going to be on something, I’m going to have my say,” Markle said, according to Express.

Now, clothes are one thing but people are another. Especially those in the royal family.

Just because Markle shared her feelings about garments doesn’t necessarily mean she’d be just as forthcoming with her feelings toward Prince Harry’s family. Although her comments do suggest that she wouldn’t hold back with her feelings even if they were about her husband’s family.

Markle, as a woman who chooses her words very carefully — she’s always so well-spoken in interviews which probably comes from her acting background — would probably consider her words before sharing them with Prince Harry if they were negative ones about her new family.

Aside from being a “brash American,” Markle revealed she’s opinionated in a post on her now-defunct blog, The Tig, according to Meghan’s Mirror.

While discussing the creative process with the Reitmans collection, she said, “I shared my thoughts on everything (come on guys, you know I’m opinionated),” with her blog followers.

Would Meghan Markle tell Prince Harry how she really feels about his family?

After considering what Markle has said about her personality during interviews, we’d venture to say she does share with Prince Harry her feelings about his family, even if they are the British royal family.

She might not say every thought that pops into her head about his family but she probably tells Prince Harry if she’d been treated very well or very poorly by any member of the family.

We know from reports that Markle gets along well with Camilla, the Duchess of Cornwall, and Prince Philip, the Duke of Edinburgh, as well as Queen Elizabeth II (and her dogs).

The way she won over Prince Philip lends itself to Markle’s direct ways suggesting that she’d have no problem sharing her feelings with Prince Harry about his family.

When the Duchess of Sussex first got to know Prince Philip she took an immediate interest in his heritage. “Meghan asked a lot of questions, about Philip’s side of the family and his connection to Greece,” a source told Express.

“The Duke of Edinburgh really got on with her,” they added. He approved of Markle because “she was very bold.”

Judging by Markle’s past behavior and the way she’s described herself, we’d think she’d have no problem telling Prince Harry how she feels about his family, good or bad.