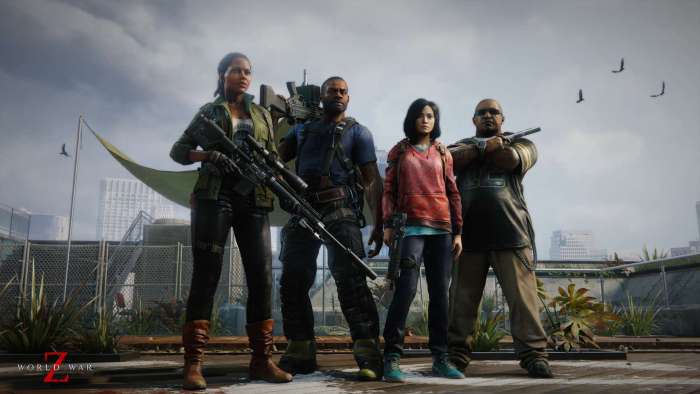 “World War Z” shows a terrifying mass of zombies for players to take on in a launch trailer shown Friday for the upcoming video game.

The game, based on the book and movie of the same title, is a co-op shooter four-player missions set in different cities around the world, including New York, Jerusalem, Moscow, and Tokyo.

The game includes the aforementioned narrative campaigns as well as “several” different player vs player (vs zombies) modes, according to a press release. Players can choose from six unique classes for a different play experience: Gunslinger, Hellraiser, Slasher, Medic, Fixer, and Exterminator. There are perks to each class, and players can further customize their experience by adapting their weapons.

The zombie madness of “World War Z” is powered by Saber’s very aptly named Swarm Engine, used to create the crowds of zombies, which are fast-moving and can attack one-on-one as well as collectively.

“The swarm feels neither fear nor mercy,” according to the game’s official website. “It rolls forward to spread and consume. Together, make your stand and unload an arsenal of deadly weaponry into these hundreds of swarming zombies. Feel the satisfying rush of life as you cheat death and prevail against such overwhelming odds. Cut the undead down with rocket launchers, machine guns, sentries, turrets, grenade launchers, barbed wire, and more.

“World War Z” is coming April 16 to PlayStation 4 and Xbox One. It will also be available for PC via the Epic Games Store exclusively.