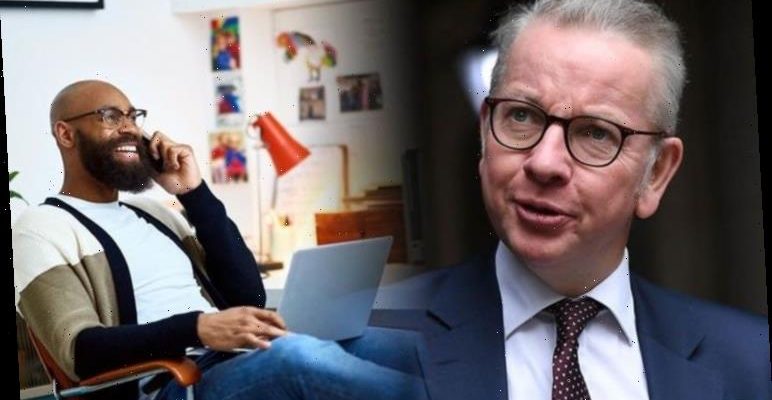 Working from home helps reduce social mixing and has been advised to people across England as cases of coronavirus continue to rise. On Monday, health officials confirmed 4,368 cases in the UK, which is the fourth time in five days new cases have been more than 4,000. But do you have to work from home and will furlough be extended for those who cannot work from home?

The Chancellor of the Duchy of Lancaster Michael Gove revealed a U-turn on the Government’s working from home policy ahead of Mr Johnson’s lockdown speech today.

Mr Gove said there would be a “shift in emphasis” in the Government’s frontline response.

He added: “If it is possible for people to work from home they should do so”.

The cabinet minister told Sky News: “They are reluctant steps that we’re taking, but they’re absolutely necessary because as we were reminded yesterday and as you’ve been reporting, the rate of infection is increasing, the number of people going to the hospital is increasing, therefore we need to act.” 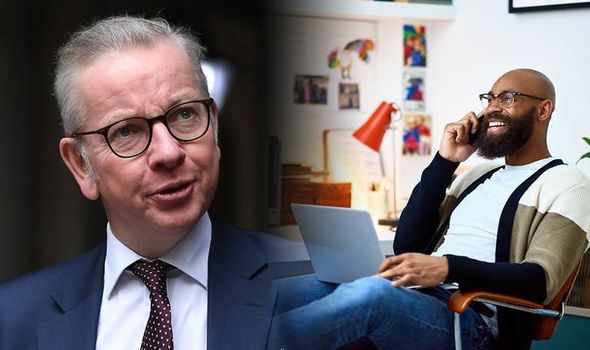 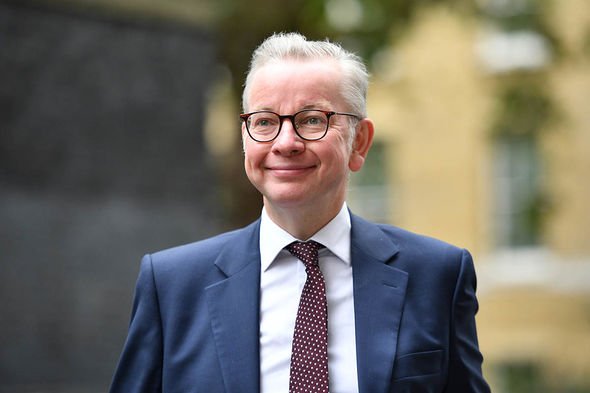 The “shift in emphasis” is in direct antithesis to the call to return to workplaces called on by Mr Johnson in July.

Earlier this year, Mr Johnson said: “I want people to go back to work as carefully as possible.

“It’s very important that people should be going back to work if they can now.

“I think everybody has sort of taken the ‘stay at home if you can’ – I think we should now say, well, ‘go back to work if you can’.

“Because I think it’s very important that people should try to lead their lives more normally.

“I want to see more people feeling confident to use the shops, use the restaurants, and get back into work – but only if we all follow the guidance.” 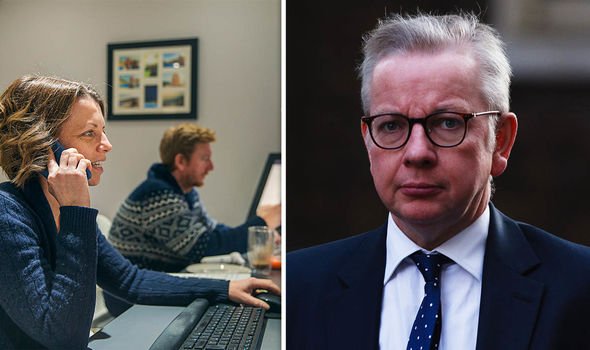 Do we have to work from home?

Working from home was a key part of the UK Government frontline defence against the coronavirus threat during the full nationwide lockdown implemented in March.

By ensuring workers stayed at home, the number of points of social conduct, and therefore opportunities for the virus to spread were drastically reduced.

To boost the UK economy workers were urged to return to covid-secure workplaces in July.

DON’T MISS
London panic: Chaos as council urges residents to pack for emergency [INSIGHT]
£500 coronavirus grant: How to get the £500 self-isolation grant [EXPLAINER]
House prices 2020: How to check the value of your house [ANALYSIS]

But now workers are being told to work from home where possible to address the rising rates of coronavirus.

In June, the Office for National Statistics data found 49 percent of workers were working from home.

However, for an estimated 4.9 million retail workers. 4.5 million health and social care staff and more, this was impossible.

Mr Gove said there are many workers unable to conduct their jobs from their homes.

He said: “It’s important to stress that there are many, many, many roles that can’t be performed from home… there are people in manufacturing, construction, retail and other roles… we recognise it is simply impossible.

“That’s why we have worked to ensure you can have covid-secure workplaces.

“We need to balance the need for people to work and continue to go to school against taking steps to try and reduce the virus.”

The Chancellor of the Duchy of Lancaster added: “If we can encourage people to work from home, we will, but if people need to be in the office, we will work to make it as safe as possible.” 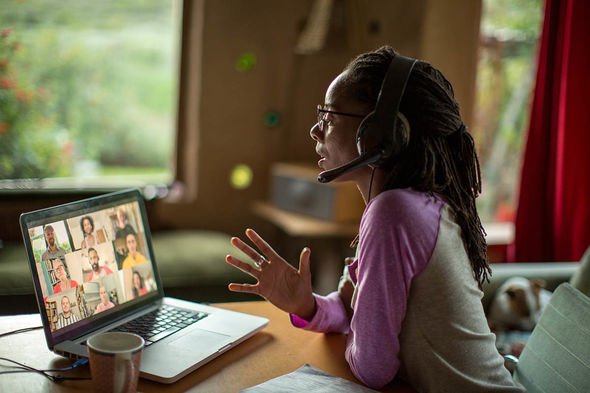 This policy U-turn also applies to civil servants as the Government set a target of getting 80 percent of workers back into Whitehall by the end of this month.

Further measures are due to be revealed in Boris Johnson’s House of Commons statement expected at 12.30pm.

He will then deliver a second address to the nation at 8pm.

Will furlough be extended?

MPs have called on the UK Government to consider a targeted extension of its furlough scheme.

The Treasury Select Committee said the coronavirus crisis risks mass long-term unemployment and viable firms if they have no support.

Mr Johnson has previously said that extending furlough past October would only keep people “in suspended animation”.

The Chancellor of the Exchequer Rishi Sunak has continually ruled out an extension but has incentivised employers to keep on furloughed staff beyond October.

The Chancellor launched a £1,000 bonus reward scheme available for each worker retained for three months in a bid to stem job losses.