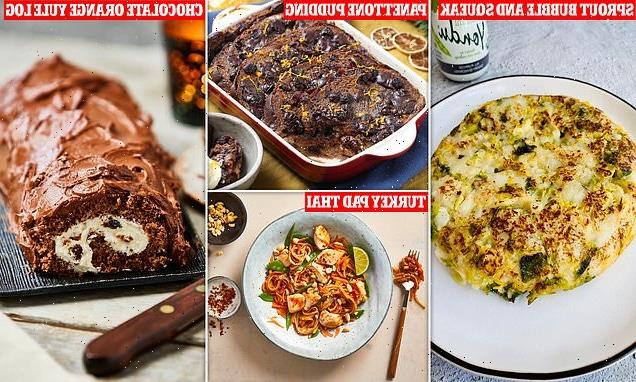 Wondering what to do with your Christmas leftovers? Femail reveals 8 zero-waste recipes – from sprout bubble and squeak to PARSNIP ice-cream

From stale Panettone and Christmas pudding to soggy Brussel sprouts and turkey, most households across the country will have food left over after the festive feast.

Data from investment website Up The Gains estimates we could collectively throw away 27 per cent of the food we buy for Christmas dinner – worth a staggering £100 million.

But it needn’t go in the bin. With a bit of imagination, leftovers can easily be turned into delicious meals.

From parsnip ice-cream to beef in old coffee granules, here Femail brings you top recipes to make the most of your leftovers. 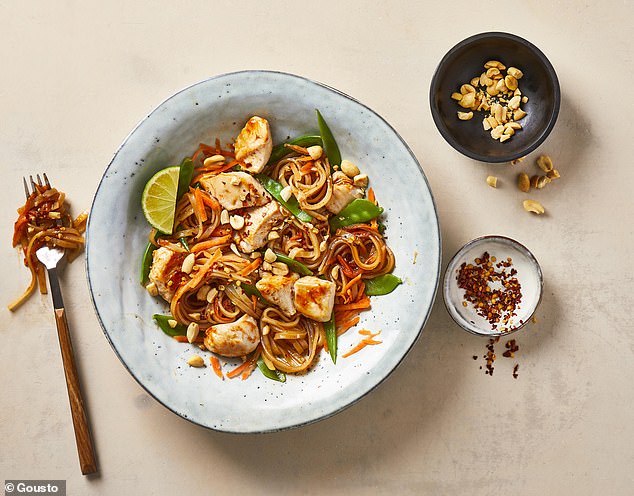 Gousto Mail Delivery service has come up with this recipe, a seasonal twist on the Thai Pad Thai classic

Pad Thai is often referred to as Thailand’s national dish. But this one recreates the street food classic at home, using none other than your leftover Christmas turkey.

Boil a kettle and cut the turkey into bite-sized pieces. Place the Thai rice noodles into a bowl and cover with boiled water. Set aside for 12-15 min to soften. Once softened, drain the noodles and set aside.

Heat a large, wide-based pan with a drizzle of vegetable oil over a medium heat. Slice the mange tout in half. Peel and finely chop (or grate) the garlic. Peel and grate the carrot. Add the chopped garlic to the pan and cook for one minute or until fragrant. Add the sliced mange tout and cook for 3-4 min or until starting to soften.

Combine the soy sauce, fish sauce, Sriracha hot chilli sauce, tamarind paste, one tbsp sugar and the juice of 1/2 lime – this is your sauce.

Once the mange tout has softened, add the turkey pieces, the drained Thai rice noodles and the sauce to the pan and cook for two minutes further, stirring until everything is evenly coated in the sauce. Stir through the grated carrot.

Crush the peanuts in the bag with a rolling pin, cut the remaining lime into wedges. Serve the turkey pad Thai with the crushed peanuts and dried chilli flakes on top. Garnish with a lime wedge.

Bubble and Squeak with sprouts 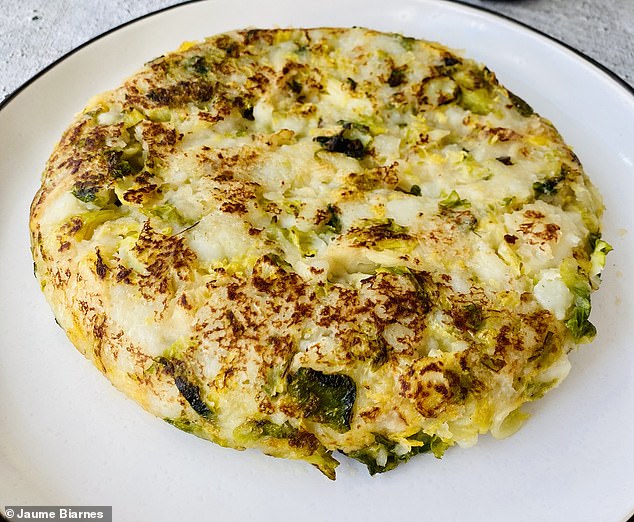 If the taste of sprouts isn’t for you, then why not elevate your leftovers with a boost of umami flavour? This is from Catalan bubble & squeak by former El Bulli chef Jaume Biarnes.

For the chili crisp:

In a bowl, combine sliced Brussels sprouts, boiled potatoes and Yondu. Mash all together with the potato masher until a puree.

In a pan over medium heat, add 2 Tbsp. olive oil and the Brussels & potato mash. Spread evenly using a spoon and let cook for about 5 minutes.

Using a lid, place the mash over the pan and flip it over like if it was an omelette, so the potato mash stays on the lid. Put it back into the pan sliding from the lid, so what was on top now is the bottom. With the spoon, press all around the sides of the mash forming a nice round shape. Cook for another five minutes.

Meanwhile in a small pan, combine olive oil, almonds and garlic and cook until garlic starts to brown slightly. Take out the heat and add chili flakes and parsley

Serve the entire bubble & squeak with the chili crisp on top. 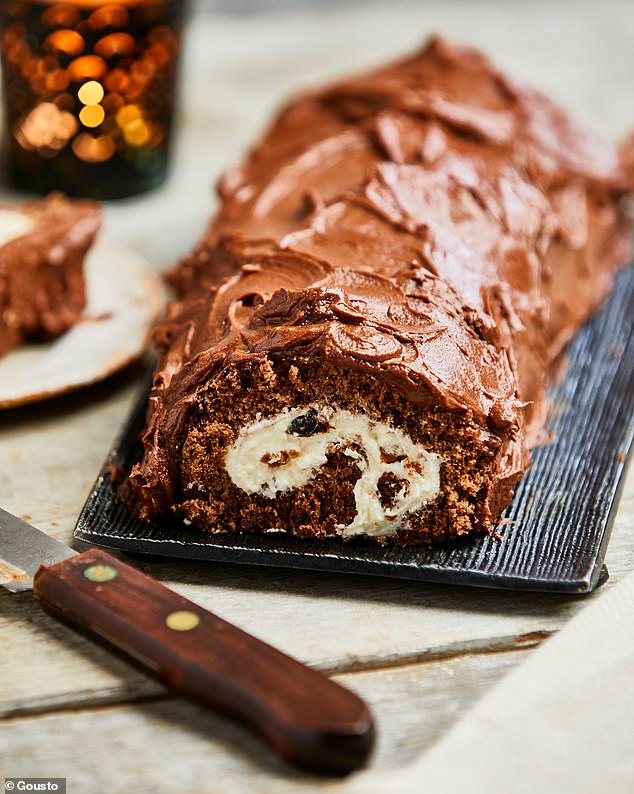 The humble Christmas pudding, whilst delicious, can be met with a mixed response, which means you can easily end up with a load of leftovers. However, this twist on the classic Christmas Yule Log is bound to be a crowd pleaser. As an added bonus, you can throw in any spare chocolate to make a luxurious buttercream to smother over the cake.

3 Eggs (separated into yolks and whites)

Add the egg whites to a stand mixer and beat until stiff peaks form, then turn off and keep to one side

Sift the cocoa powder into the egg yolks and mix together again. Using a large metal spoon, carefully fold the egg whites through the egg yolk mixture until well combined

Sift over the plain flour and fold through carefully

Spread the cake mix evenly into the baking tray, then put into the oven. Bake for 10-11 min or until the cake is cooked through

Once cooked, remove the tray from the oven and keep aside for two min. Place a clean tea towel over the baking tray, then flip the cake over. Whilst the cake is still hot, use the tea towel to help you roll the cake lengthways into a tight log shape. Leave aside like this until completely cool

Meanwhile, whip the brandy cream in a stand mixer with the icing sugar until soft peaks form then remove to another bowl.

Put the Terry’s chocolate segments into a small heatproof bowl over a pan of barely simmering water – make sure the bowl isn’t touching the water. Stir until melted then remove the bowl from the pan and let cool slightly

Into the same stand mixer, add the softened unsalted butter with the icing sugar. Stir with a spoon then beat until combined

Slowly pour in the melted chocolate and beat until mixed. This is your chocolate buttercream

Once the cake has cooled, carefully unroll and remove the tea towel. Spread the whipped brandy cream over the cake, then crumble over the leftover Christmas pudding. Re-roll the yule log lengthways, pushing in any filling that falls out, until the seam is underneath the log

Spread the buttercream all over the cake and use a small knife to make lines to resemble a tree log. Trim the ends to neaten then put in the fridge for at least 30 min to set.

Panettone and Butter Pudding with Dark Chocolate and Cranberries 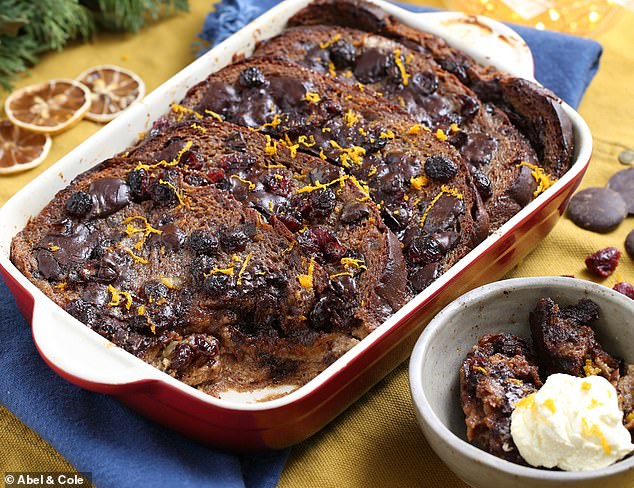 Panettone is often a feature at Christmas. Yet the Italian bread can soon go stale and dry. Here, turn it into a delicious bread and butter pudding that is bound to be a hit.

A pinch of cinnamon

Grease a 2 ltr ovenproof dish with a little butter and set aside. Slice the panettone into 1cm-thick slices. Butter the panettone slices, spreading the butter right to the edges of the panettone. Snap the dark chocolate buttons into small pieces.

Whisk together the eggs, 250ml milk, 250ml double cream, the orange zest, 25g of the sugar and a pinch of cinnamon. Pour over the panettone and leave to soak for 30 mins to 1 hr.

Preheat your oven to 160°C/Fan 140°C/Gas 3. Sprinkle the remaining sugar over the top of the pudding. Cover the top of the pudding with foil. Place the panettone & butter pudding in the oven and bake for 15 mins, then remove the foil and bake for a further 20-25 mins till golden and crisp on top, and bubbling. Cool for 5–10 mins before serving with extra whipped cream. 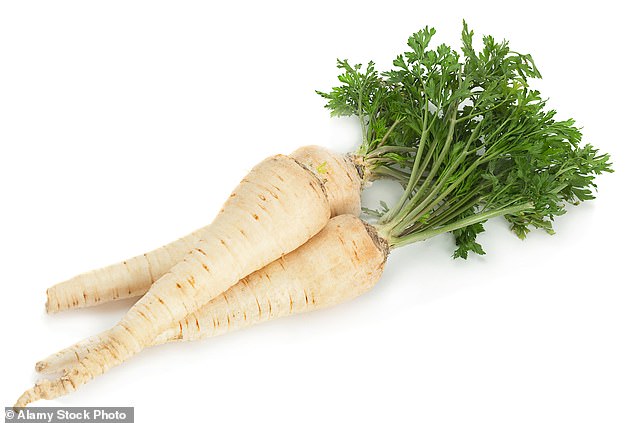 Parsnips are a common feature at the Christmas table. Yet they don’t have to be just used as a main. This is an intriguing twist that will have the kids beffled.

Bring the parsnips up to the boil in milk. Drain and blitz, reserving the milk

Measure out 125 ml of the milk. Make a custard with the 125 ml of milk, yolks and sugar. Cool and fold in the parsnip puree

Add crème fraiche. Churn in an ice cream machine or set in a mould in the freezer. 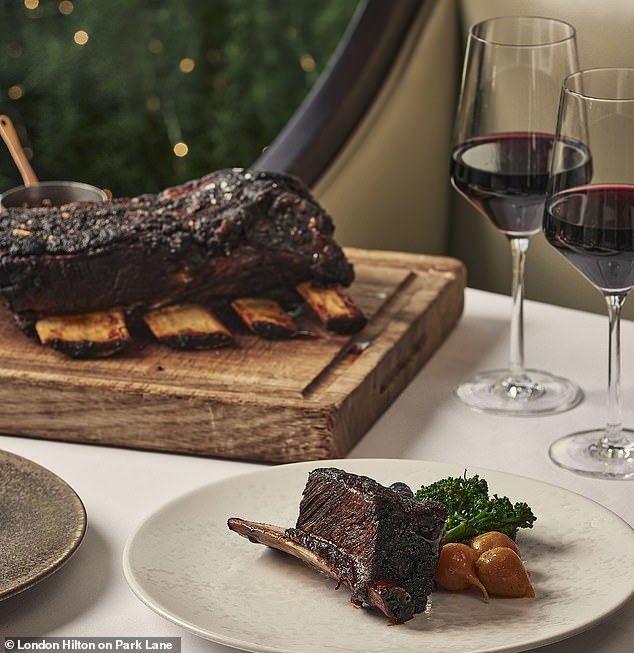 Once you are sick of turkey, beef is another good option over the festive period. This recipe also handily uses up leftover coffee granules.

A pinch of onion powder (or two chopped garlic cloves)

A pinch of smoked paprika

Mix the leftover coffee grounds with the brown sugar and paprika and smother this over your short ribs. Leave in the fridge for as long as possible and at least for 24 hours.

Scrape off excess coffee grounds and seal the meat in tin foil. Put in a 150-degree Centigrade oven for four hours, or until you can twist the bone…and the meat slides off. 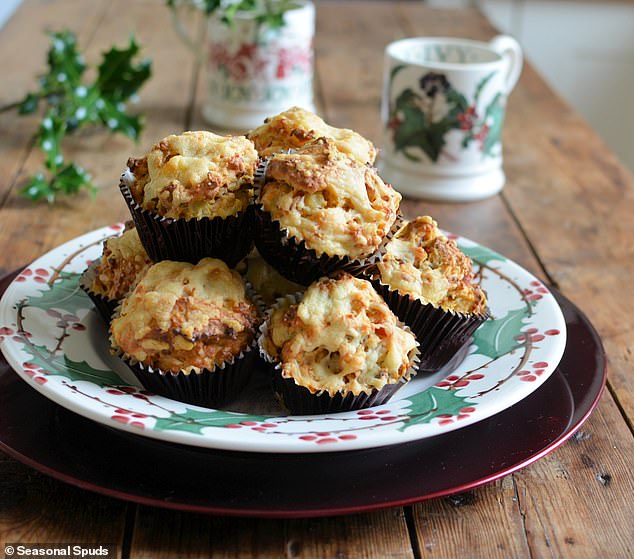 Boil 200g of peeled potatoes until they are very soft, mash with a little milk and allow to cool complete before using.

Fry the bacon lardons in a little oil until cooked and crispy.

Divide the mixture between the greased muffin holes or muffin cases, they will be quite full.

Sprinkle the cheese over the top and bake for 25 to 30 minutes until they are golden brown. Allow to cool slightly before serving warm. 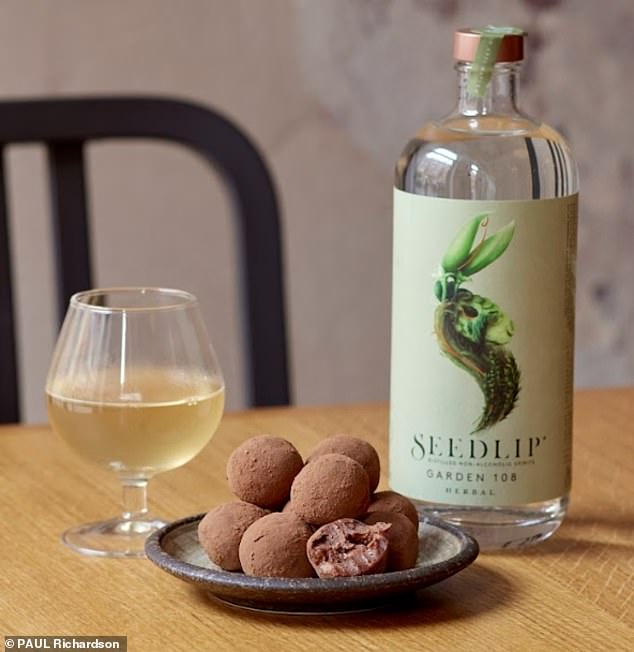 You can only eat so many mince pies. Once you have had your fill, why not turn them into these  delicious truffles by New Zealand chef Chantelle Nicholson and Seedlip Drinks

Mince pies may be delicious on their own – but if you happen to have any leftover they can also be turned into truffles.

Melt the chocolate in a bowl over a pan of simmering water. Heat the cream then pour on top. Mix together. Crumble in the mince pies then pop the mix into a container and place in the fridge until firm.

Divide the mix into 16 then roll in the cocoa powder. Keep in the fridge.

‘Great to see you again!’ Princess of Wales sends a sweet tweet to adorable boy who attended her Christmas carol concert at Westminster Abbey tonight

I’ve refused to invite my brother’s lonely friend for Christmas because I don’t want a stranger there – does that make me selfish?