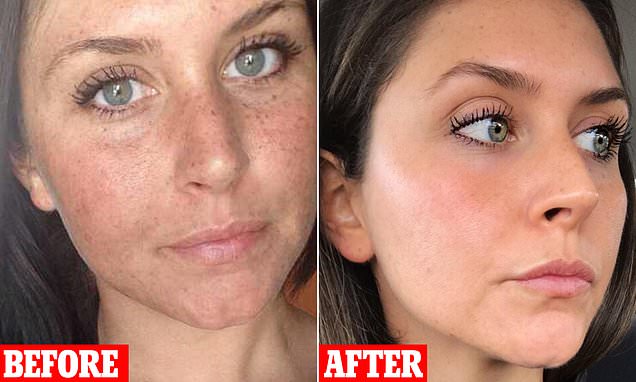 No laser required! How a young woman who NEVER wore sunscreen transformed her damaged skin with just six products

A woman with severely sun-damaged skin has shared dramatic before and after pictures to show how a new anti-aging skincare regime helped to transform her face, and leave her looking more youthful than ever, thanks in large part to the inclusion of SPF.

Reddit user NeverMeant125, who is based in the US, explained that the photos she posted were taken four years apart – the first when she was 23 or 24, while the second was taken recently, at the age of 27.

While she admitted that she never used sunscreen or moisturizer throughout her teenage years, the woman has since overhauled her skincare regime to include both products – and her skin is much less freckled and clearer as a result. 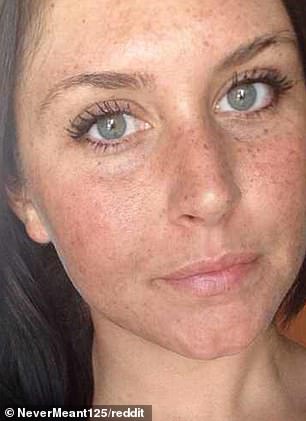 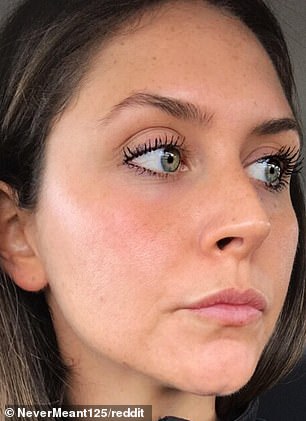 A woman with sun-damaged skin has shared dramatic before (left) and after (right) pictures, to show how a new anti-aging skincare regime totally transformed her complexion

‘In high school and into college I tanned regularly. I never wore sunscreen OR moisturizer,’ she wrote alongside the images.

‘The left photo is actually from a post I made about a product review for a Paula’s Choice sunscreen,’ she continued, before going on to detail the products that she has been using in the time since the first photo was taken.

‘I’ve been using the CeraVe foaming cleanser, silk naturals serum, and their AHA for over four years,’ she revealed.

‘I introduced a .30 retinol and the Kiehl’s midnight recovery oil a few years later.’

Detailing her exact daily regiment, the woman said that she starts with the CeraVe cleanser first thing in the morning.

This budget product is available from Amazon for USD $7.89 (AUD $10.98) and is credited with being ‘ideal for removing excess oil, dirt and makeup’.

She then follows this with the Silk Naturals Facelift Vitamin C, DMAE & Peptide serum, which costs $17.95 (AUD $24.97), and is clearly a popular product, because it is currently sold out on the brand’s website. 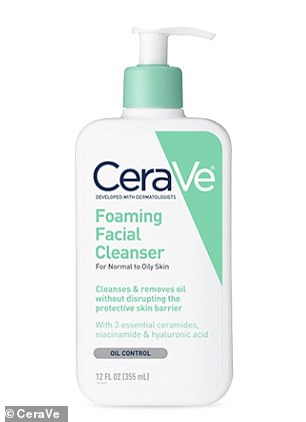 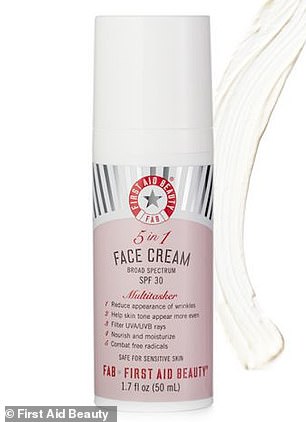 She has since overhauled her skincare regime and swears by CeraVe foaming cleanser (left), as well as a daily facial moisturizer with SPF 30 By First Aid Beauty (right) 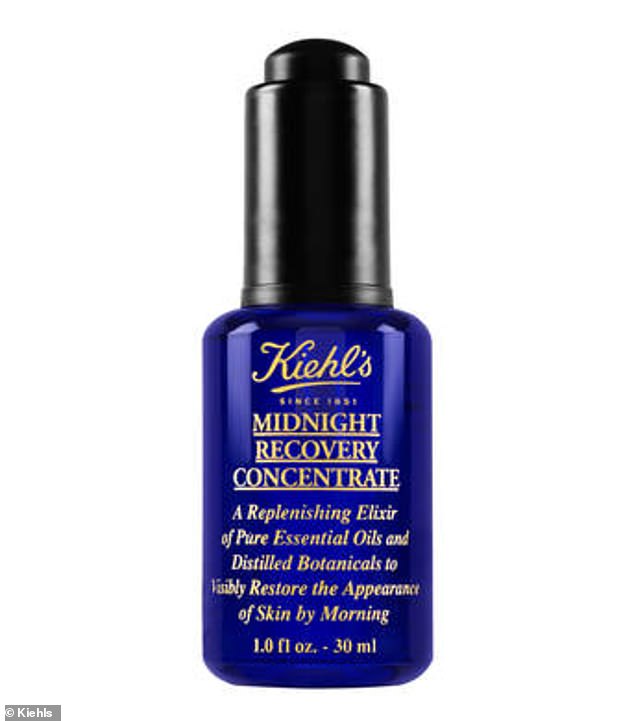 The woman finishes with the cult product, Kiehl’s Midnight Recovery Oil ($47; AUD $65.38) (pictured), which has been instrumental in helping to reduce her freckles 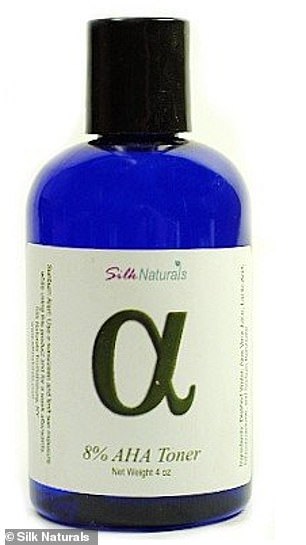 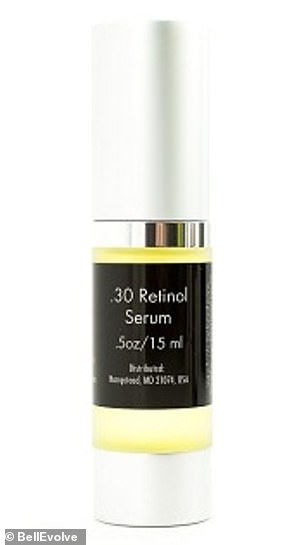 Moving on: The unnamed woman now relies on a slew of new products – including the Silk Naturals AHA toner (left) and MUAC retinol (right) – which have transformed her skin

She finishes with a much-loved cult product, the Kiehl’s Midnight Recovery Oil ($47; AUD $65.38), and says she has also started using a gua sha – a crystal massage tool that is used to stimulate the micro-circulation and increase blood flow, resulting in a natural glow and plumper-looking skin – for five minutes after applying the oil.

‘I do feel like my skin looks more glowy and plump – but that could be a placebo effect,’ the woman said of her evening gua sha ritual.

The 27-year-old said when she started her skincare regime four years ago, she never ‘anticipated my freckles going away’.

‘I was more so targeting the melasma and overall unevenness, also the texture of my skin was awful because it was so dry,’ she said.

Her post has since resonated with a host of other people online, who have posted comments like: ‘Your transformation is amazing!! Your skin looks great!’.

One asked her what she thinks has made the most difference to her freckles:

‘I think the vitamin c serum and then wearing sunscreen every single day even when I’m not getting any sun,’ the Redditor replied.

Freckles can be stimulated by UV light and the sun’s rays, and many are caused by genetics.

What do you need to know about freckles?