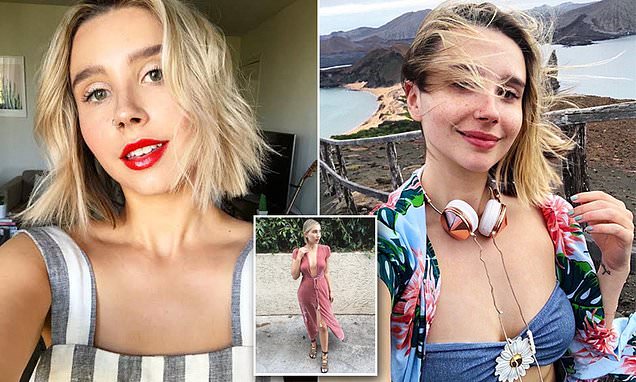 Swipe right for natural! Woman who is ‘exploring dating’ females swaps her flawless selfies for makeup-free snaps on Bumble to see whether going bare-faced affects how women respond

Dating apps have taken over in society as a way to meet a significant others instead the organic option of meeting in person.

One 26-year-old woman, who uses Bumble for her dating life, realized there have been studies on the ways changing out makeup pictures for natural looks impacted how men perceived the women in the profile. But there were no articles on how it impacted a relationship between two females.

Byrdie features editor, Amanda Montell, detailed what she experienced in an article for the beauty site after she switched out all of her product-heavy shots for ones where she looked all-natural. 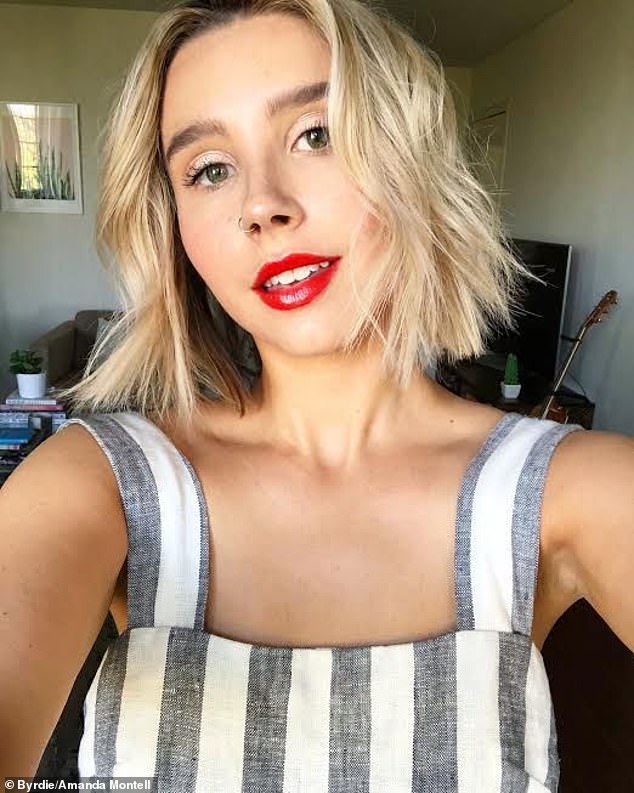 Stunning: Byrdie’s features editor, Amanda Montell, decided to try out dating apps this year after coming out of a seven-year relationship in 2017 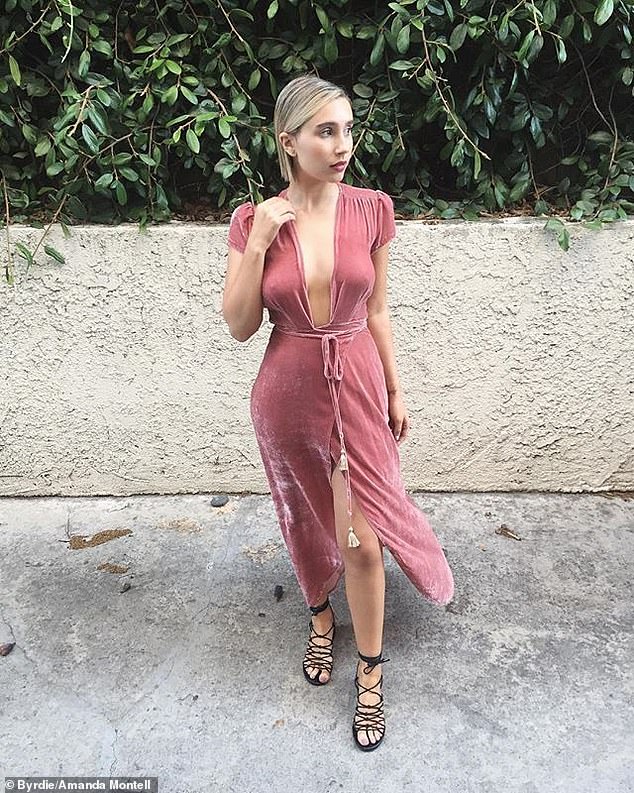 Sultry: She realized when first making her Bumble profile that she choose a lot of sensual and seductive pictures to attract other females 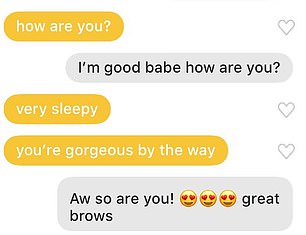 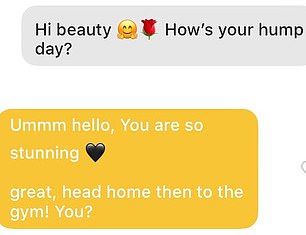 At the beginning of the article, Amanda revealed she had come out of a seven-year relationship at the end of 2017 so this year was her moment to dabble in the dating apps.

When choosing what pictures to feature on her profile, she opted for ones with makeup featuring smokey eye shadow, bright lips and smoothed complexions.

‘I knew the images were a little thirst-trappy, but hey, that was sort of the idea, right?’ Amanda wrote. ‘I wanted the ladies of L.A. to know I was on my best game. These were the photos I felt represented that.’

In the midst of flirting with different women for months, Amanda recalled a Bustle article she previously read about a woman who tested how three different Tinder profiles would perform in drawing men in depending on how much makeup she wore in each.

Amanda wanted to test this same theory but with women.

Her Bumble profile was updated to show only makeup-free pictures to see how it altered the matches Amanda received.

She wrote: ‘I was interested to see: Leading with a more “natural” version of myself, would I get fewer matches? Would my matches be a different ‘type’ of person? And what would I learn about my self-image?’ 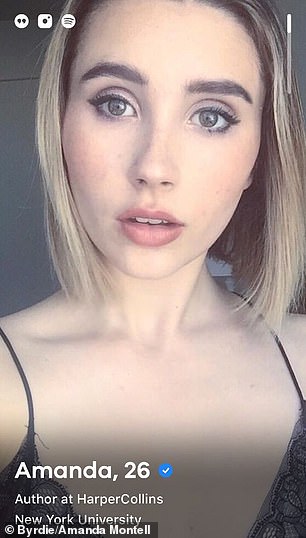 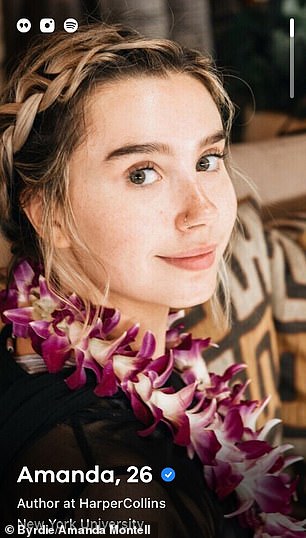 Transformation: In an experiment, Amanda decided to switch out all of her pictures with makeup-free shots to see how the experience would differ 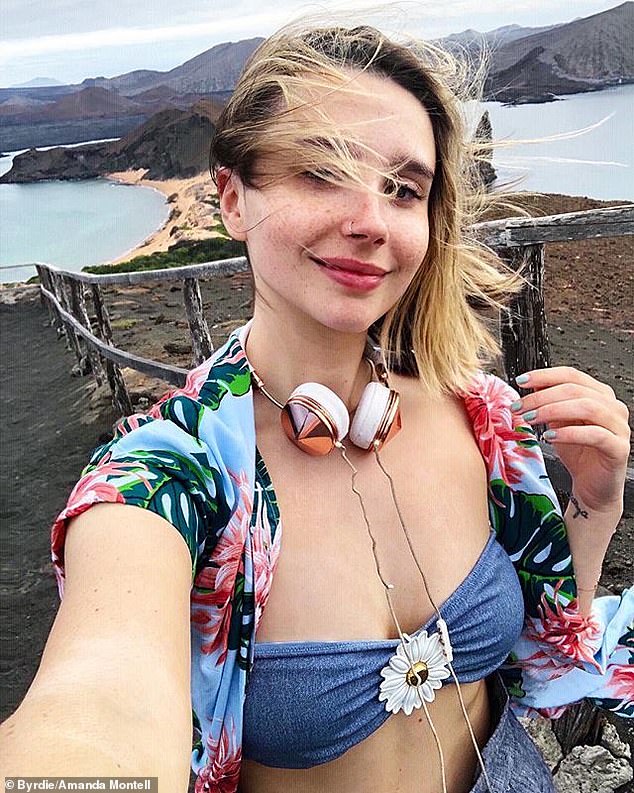 Fresh-faced: At first, Amanda thought she was matching with less people. But she later realized it was just that she was attracting a different type of woman 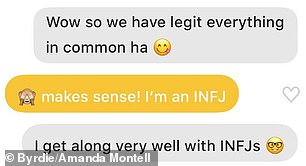 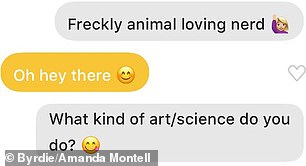 Change: Amanda realized that interactions between people also differed so they focused more on personality traits instead of each other’s looks 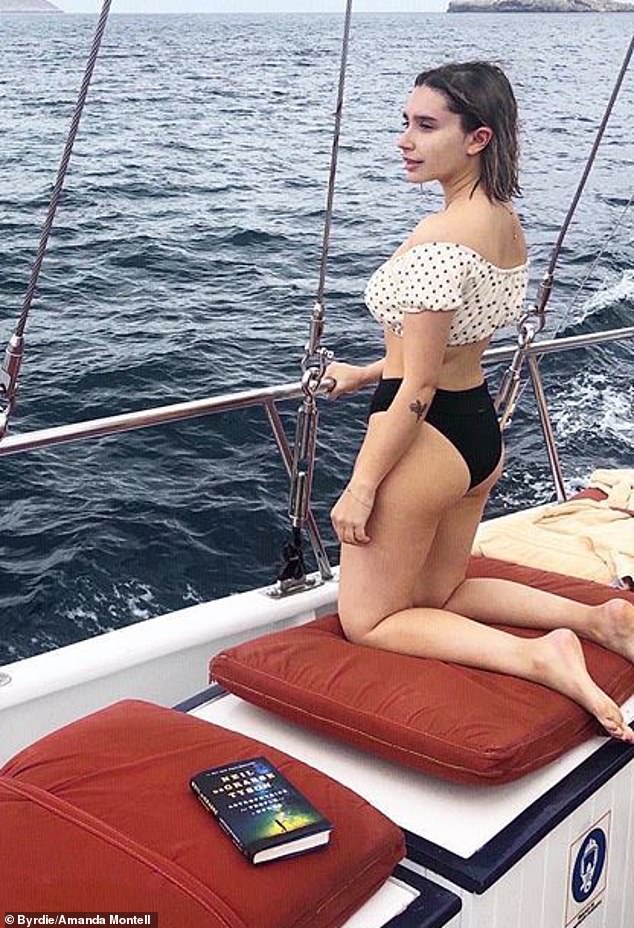 Difference: At the end of the week-long experiment, Amanda decided to keep two makeup-free pictures on her profile to stay true to herself

When selecting the pictures, Amanda realized most of her makeup-free pictures were while she was traveling since she typically wore beauty products on a daily basis.

‘Ultimately, these makeup-free pics almost seemed like a better representation of my true self,’ she wrote in the article.

‘As opposed to the trendy, high-femme girls I’d been pairing with before, now my matches were women who looked, well, more like the new me—a little outdoorsier and lower-maintenance, both in their aesthetic and demeanor,’ She wrote.

The pick-up lines also altered to focus on each other’s personalities instead of focusing on outwards appearances.

In the end, Amanda realized the differences in her dating profile were ‘rather subtle’ when she altered her pictures.

But she did notice that one woman who previously matched with her proceeded to unmatch with Amanda after her pictures were changed.

Although surprised by the unmatch, Amanda stated the person is obviously not for her if she is unappreciative of her makeup-free, outdoorsy side.

After the week-long experiment, it was decided that Amanda would keep two of her makeup-free pictures on her profile to keep a balance of who she really was as a person.