A woman lost in the Australian outback for nearly two weeks was rescued on Sunday, as her two travel companions remain missing.

Tamra McBeath-Riley, 52, was found by helicopter after being stranded for 13 days in a remote area south of Alice Springs, NT Police said in a media release.

Police said she was in good condition, and had managed to stay hydrated by boiling and drinking groundwater she had found.

McBeath-Riley had set out for a drive on Nov. 19 with Claire Hockridge and Phu Tran, but their trip went awry when their vehicle became stuck in a riverbed, she told the Australian Broadcasting Corporation.

The rescued woman said she and her friends stayed by their car for three days trying to free it, but eventually left to seek water after they ran out of supplies.

“Where we got bogged, there were no trees or anything,” she said. “We tried many times to try to get out, but just couldn’t get out, so ventured forth to try and find some shelter and some water.”

The trio left a note on their vehicle letting potential rescuers know which way they’d headed, and eventually came upon a cattle water hold from which they could drink.

Food soon became an issue, though, as they had only a pack of biscuits and some beef noodles. Hockridge and Tran headed off together in search of Stuart Highway, about 14 miles away, the New York Times reported.

McBeath-Riley, meanwhile, stayed behind with the group’s blue Staffordshire terrier, Raya, as the dog would not have survived the long trip.

“The quickest way to get found was to walk, and it’s safer if there is two,” she told ABC of the group’s separation, which happened nearly a week ago.

Hockridge, 46, and Tran, 40, took a GPS and compass with them, along with a gallon-and-a-half of water.

Meanwhile, McBeath-Riley was rescued after a pastoralist told police they’d seen tire tracks nearby, which allowed the search team to redirect the area in which they were looking, ABC reported. They were also helped along by the note left in the vehicle.

When McBeath-Riley was eventually found via helicopter, she had not eaten in five days. After her rescue, she told ABC she assumed her friends had reached the highway, and said she was “worried to death” upon learning they had not.

She said she was hopeful Hockridge and Tran would be found, but joked, “I’m sure [Tran] won’t want to go four-wheel driving with us ever again.”

McBeath-Riley was treated at Alice Springs Hospital for dehydration and exposure, and was released on Monday, the Times reported. Her first meal upon rescue was beer, cola and French fries, according to the outlet.

“It is an incredible story of survival, really. [She was] in very good spirits and physically quite well,” Andrew Everingham, regional manager for St. John Ambulance, told the outlet.

Police have reportedly said it appears as though Hockridge and Tran have gone separate ways.

How we bagged our dream second careers with a 'minternship' 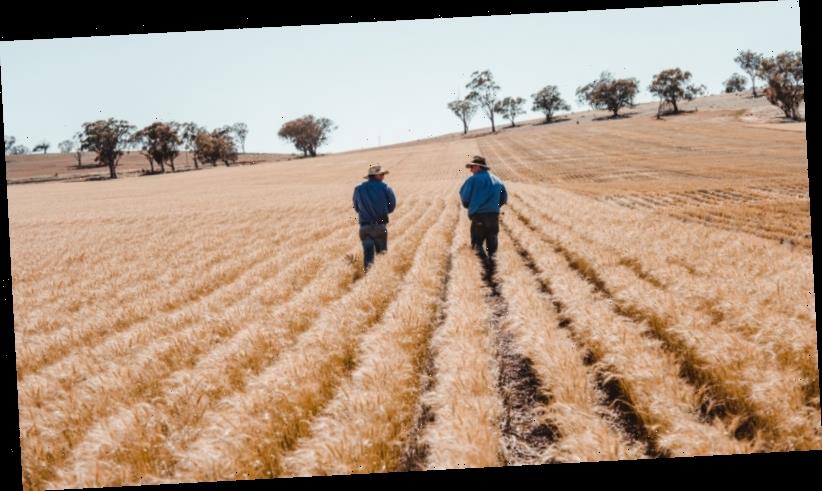 Multinationals, farmers take emissions targets into their own hands
ENTERTAINMENT