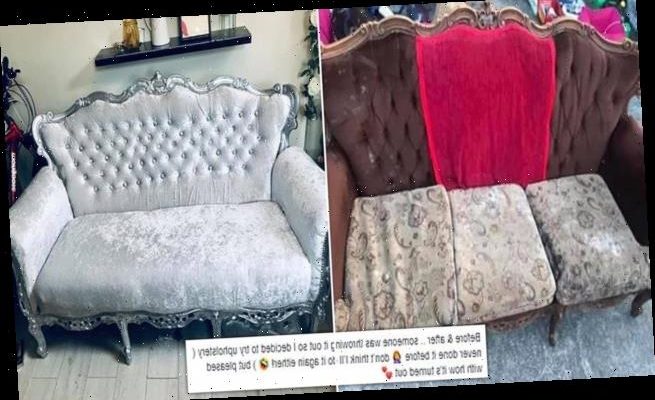 A woman revealed how she was able to transform the appearance of an old sofa that had been abandoned by its original owner.

Amateur DIY enthusiast Sophia Wicks, who lives in Cornwall, explained that she found an old sofa at a local waste disposal site and picked it up in the hopes of staying busy during lockdown.

Spending just £100 on new materials, Sophia was able to give the sofa a new lease of life within two weeks. 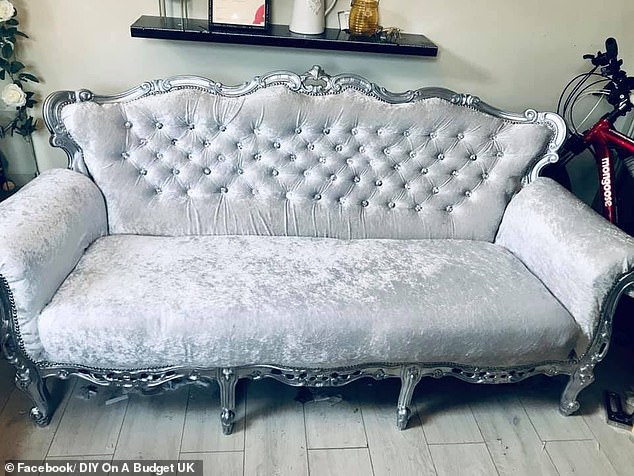 Sophia Wicks, who lives in Cornwall, posted her transformation (pictured) of an old sofa on Facebook’s DIY On A Budget UK 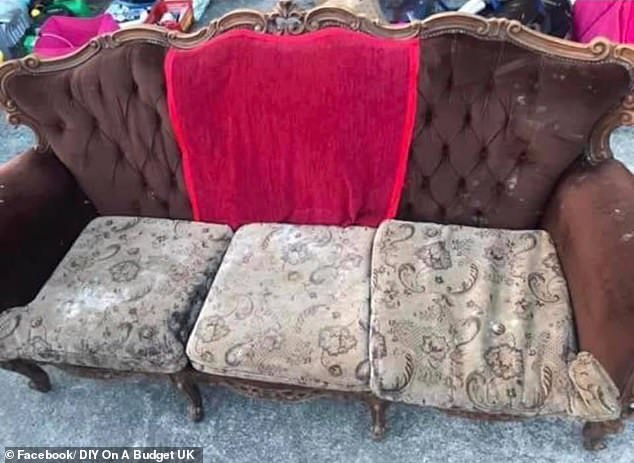 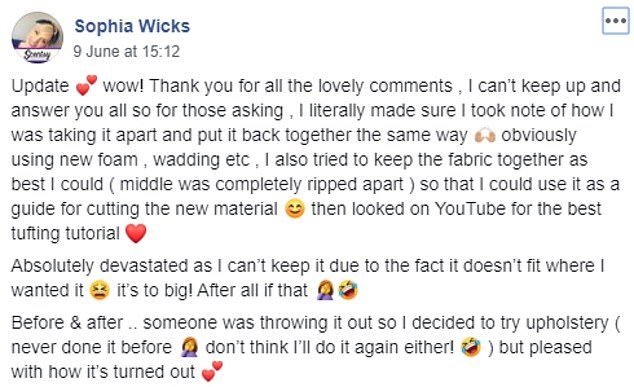 In a lengthy caption, Sophia revealed that she used YouTube tutorials to teach herself necessary upholstery skills

Facebook users dubbed the transformation ‘absolutely beautiful’, after Sophia shared photos taken throughout the process in the group DIY On A Budget UK.

Speaking to FEMAIL, Sophia said: ‘I picked the sofa up off a local “c***” site where people are getting rid of things for free before dumping it.

‘So thought I would grab it and it would give me something to do to keep my mind busy during the lockdown.

‘I planned on keeping it for my beauty room but it’s too big, so I will be selling it. Not really sure on the price yet? Guess I’m hoping my room with magically get bigger so it fits!’ 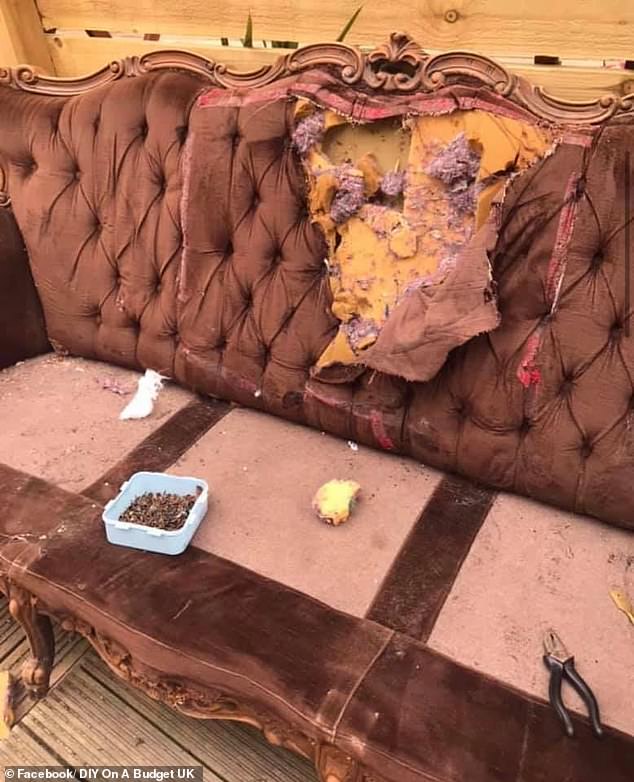 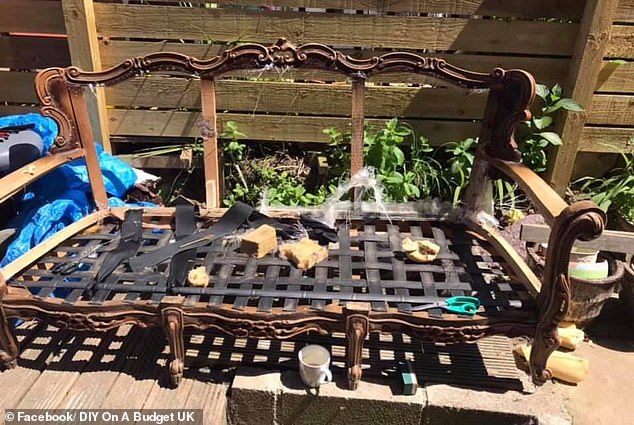 Sophia revealed that she used old sections of the sofa as a guideline, while adding new foam and crushed velvet material 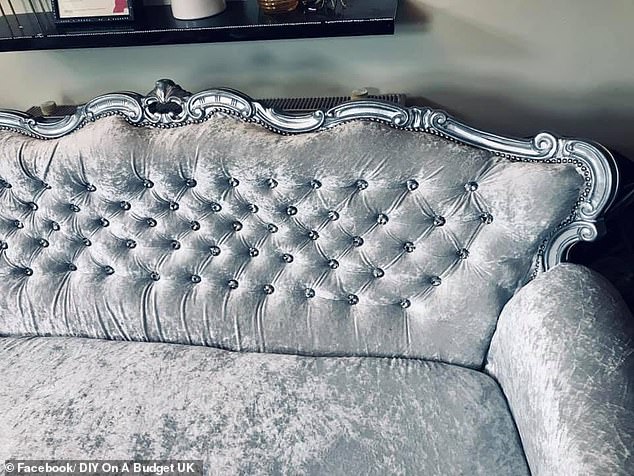 Sophia who spent £100 on materials, revealed that she will be selling the sofa (pictured) because it’s too large for her beauty room

She continued: ‘After stripping it right back to the frame, I sanded the wood and painted it with a metallic silver paint.

‘I used foam from foam mattresses that were no longer in use. Wadding, mesh, diamond-look buttons for the tufting and crushed velvet material with silver tacks to finish it off.’

‘Well done you. Sometimes you start these projects and then think whatever possessed me to do this. Even if you don’t want to do upholstery again, you can be proud of this. Think how much that would have cost you from a shop,’ another said.

A third added: ‘Looks amazing! Well done you, looks professional. You should be very proud of what you’ve achieved, it would cost a small fortune new’

A flood of responses to the post praised Sophia’s efforts, admitting they wouldn’t know where to start if they were to upholster an old sofa