KJ Apa may have just spoiled an unexpected twist on its way in Riverdale Season 3. So far, this season of the CW’s dark teen drama has been primarily focused on the murderous Gargoyle King, with the mystery of the town’s newly arrived cult, the Farm, kind of on the back-burner. But now, it looks like we are going to finally get some answers about the Farm, and possibly see more characters fall prey to the cult. Apa’s latest Instagram post has fans wondering if Toni and Fangs join the Farm on Riverdale in the upcoming episodes.

Although Riverdale is on a brief hiatus until the end of February right now, it seems clear that when the show comes back, we are going to finally delve into the Farm storyline. The promo trailer for the next new episode shows Alice Cooper being baptized by the Farm, and the CW also recently announced that Chad Michael Murray will play Edgar Evernever, the Farm’s often mentioned but as-of-yet unseen leader.

But the Farm may be getting some unexpected new members pretty soon… or at least that is what it looks like from KJ Apa’s recent Instagram post. Apa recorded a video of the show’s cast and crew singing "Happy Birthday" to co-star Drew Ray Tanner on Tuesday. It is a sweet little video, but it raised a lot of eyebrows among fans of the show, because Tanner was wearing white from head to toe, which is the Farm’s signature uniform. So, ummmm… is Fangs going to be joining the Farm?

And although her outfit was less visible, it also looked a lot like Vanessa Morgan was also wearing white in the video. That has people assuming that Toni Topaz may be joining the Farm with Fangs! 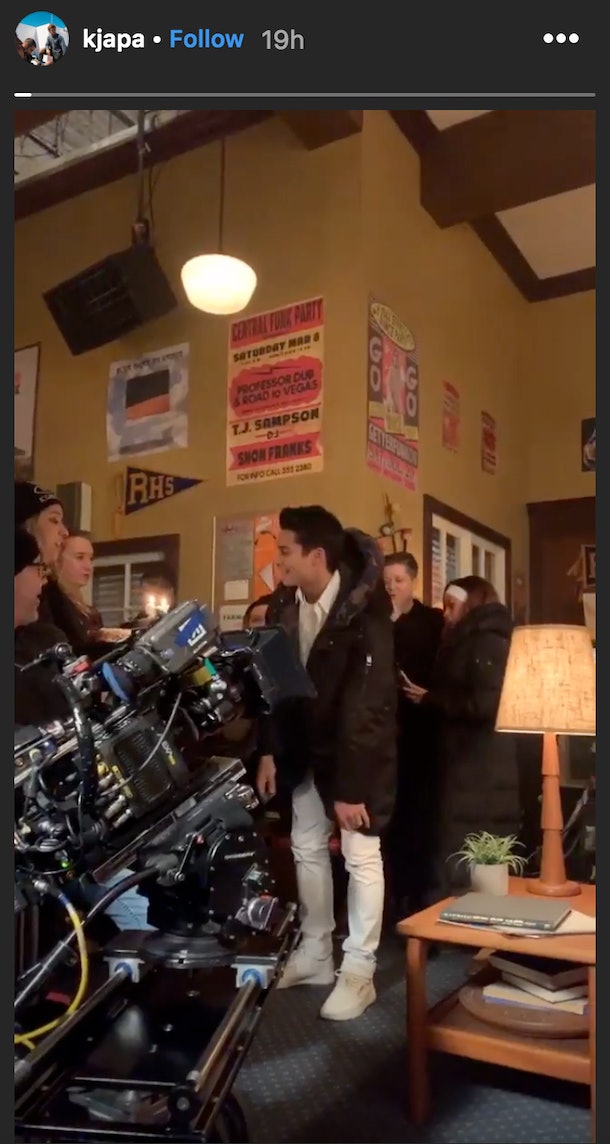 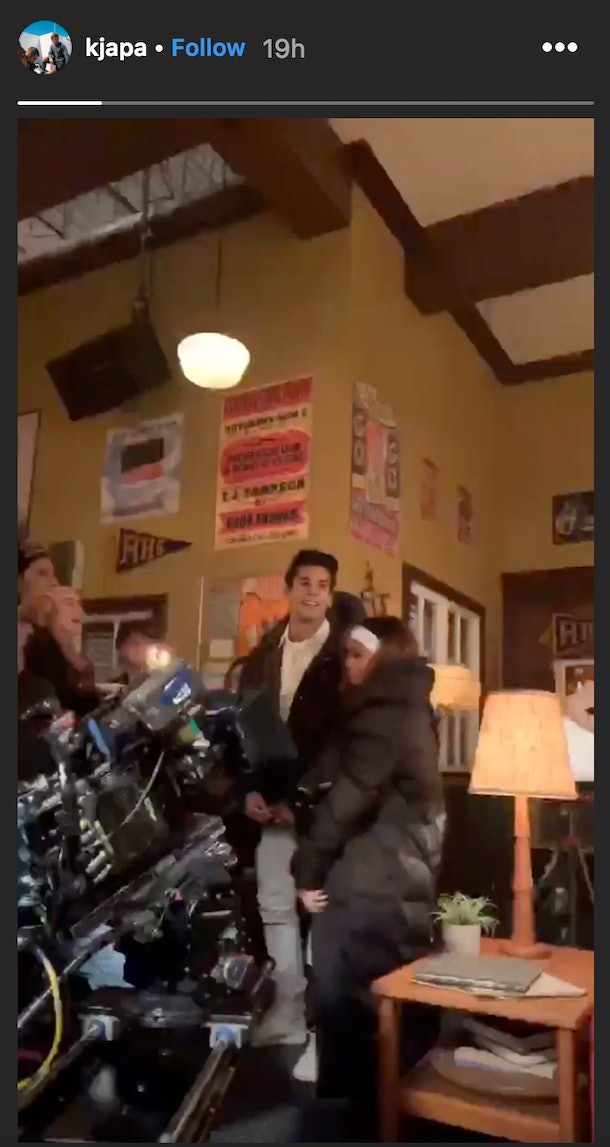 To add to the speculation, Zoé De Grand Maison can also be seen at the end of the clip dressed in character as the Farm’s second-in-command Evelyn Evernever. Since they are all clearly on set with cameras out, it looks like Evelyn, Fangs, and Toni have a scene together coming up. It all sounds like the Farm has two new members. 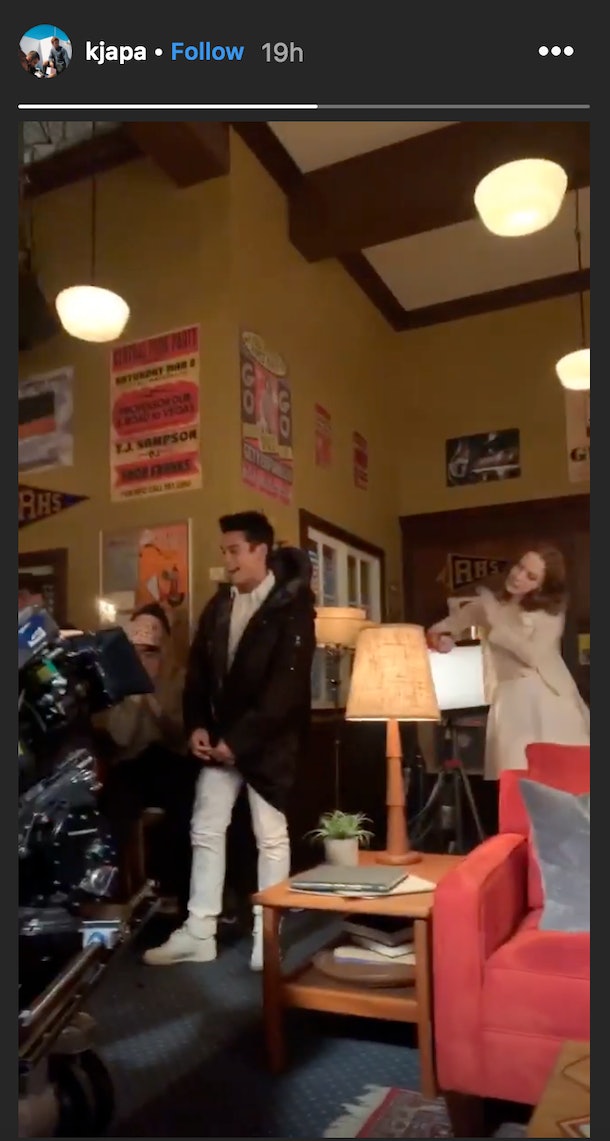 It is not clear why Fangs and Toni may join the Farm, but there are some good guesses. Fangs, for one, has been jumping allegiances a lot this season, and has recently gone undercover in the Gargoyle Gang to give intel to Jughead. Maybe he is just on another one of his undercover missions just with the Farm this time. Toni has also been talking about how lost she feels without the Serpents as her family anymore, and although Cheryl created a new girl gang for Toni to lead, she just might be vulnerable enough to turn to the Farm to replace her family of Serpents.

However it happens, the possibility of Fangs, Toni, and maybe even more characters joining up with the Farm will definitely get everyone more invested in investigating the cult. So far, it has really only been Betty who’s been concerned with the Farm, but if Fangs and Toni fall prey to it as well then fans can bet Jughead and Cheryl will be joining up with Betty in her investigation.

Riverdale will return with its next new episode on Wednesday, Feb. 27.