SACRAMENTO, Calif. — Two days of rain have helped firefighters finally get the upper hand on the worst wildfire in California history. The Camp Fire in Northern California this month has killed at least 84 people.

Bill Blevins spoke to CBS News from his hospital bed as he was still recovering from third-degree burns he suffered while trying to escape the blaze.

Flames had surrounded the home he was visiting — and the only way out was to go through them.

“The car was actually on fire,” Blevins said. He said they were thinking that running back to the house was the only thing they could do: “If we can keep the house from catching fire then we might be able to survive.”

He said running through the flames was the scariest moment of his life. 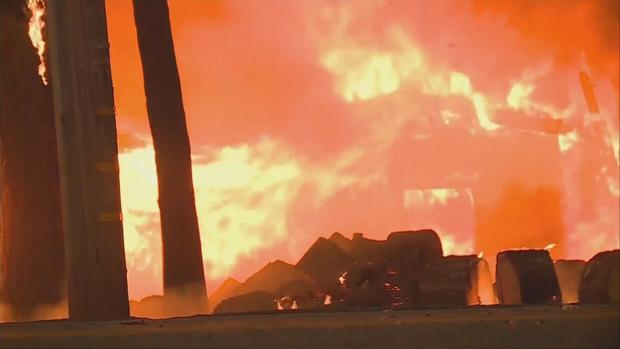 “The flames burnt my face and my hands — the flames coming across the road were like a blow torch,” Blevins said.

They used garden hoses to keep hoses to fend off the flames.

“I was watching all of the homes around us just burn to the ground,” Blevins said. “Then all of a sudden it set in that, ‘Oh my God, I’m burnt bad. The skin is melting off my hands.'” 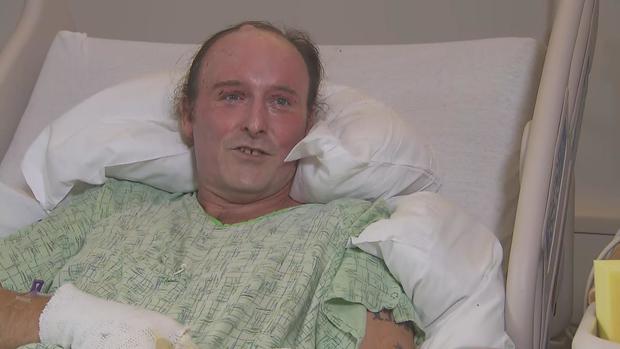 Despite the burns, Blevins and his friend were able to keep the fire at bay long enough for firefighters to finally rescue them.

There are still hundreds of people missing.