With hits like Queer Eye and Tidying Up with Marie Kondo, Netflix already seems to have the lifestyle reality genre on lock. But this Valentine’s Day, they’re about to put a little more love in your queue. Netflix’s latest original reality series, Dating Around, marks the first time the streaming giant has ventured into the head-over-heels world of dating shows. But at just six half-hour episodes, it’s a quick watch, and it won’t be long before you’re wondering if Dating Around will return for Season 2.

At the time of publication, Netflix hasn’t announced any plans to renew the series, but that’s perfectly normal this early on. They need to pull in sufficient viewership data in order to make a decision about whether or not Dating Around Season 2 would be a good investment, and collecting all that information could take months — or even longer.

Just because it’ll take a while to get the final verdict, though, doesn’t mean there’s no room for speculation. The reviews for Dating Around seem to be overwhelmingly positive, which is a good indication that Netflix would want to bring the show back. It’s no secret that Netflix is pushing to add more unscripted programming, and a reality series featuring real-life singles dating in New York city definitely fits the bill.

Stuart Heritage of The Guardian gushed that fans won’t be able to turn the show off. "I guarantee that you’re going to chow through Dating Around like it’s an ice cream cake," he wrote, adding, "It won’t do you any good, but you can worry about that in the morning."

Tiffany Kelly wrote for the Daily Dot that Dating Around seems more genuine than traditional dating shows like The Bachelor or Temptation Island. Her description sounds similar to Terrace House, the Japanese reality series in which singles all live in a house together without much drama. Given that Terrace House is confirmed for Season 6, it seems likely that there’s a large enough fan base for this sort of format to make Dating Around Season 2 pretty likely. 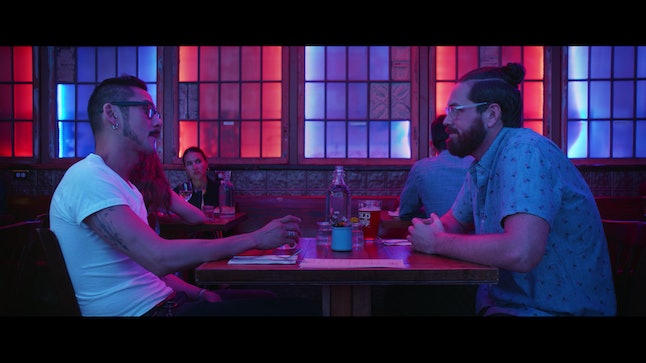 Plus, a big sell for Netflix is that, according to a Lab42 study reported by Forbes, the streaming service has the highest retention rate among competitors like Hulu, Amazon, and HBO Go. Marketing specialist Neil Patel writes that consumer engagement is crucial to that strategy — meaning the larger, more diverse Netflix’s content library is, the more subscribers it can attract and keep coming back for more. Because Dating Around is the company’s only original dating show, it’s probably something they’ll want to keep experimenting with in the future — whether by renewing the series for a second season, or by trying out another concept in the same vein.

With a palatable six episodes in Season 1 and so many rave reviews to back it up, Dating Around does seem a-shooin’ for another season. But whether or not the show comes back, it seems like the start of much more to come from Netflix.