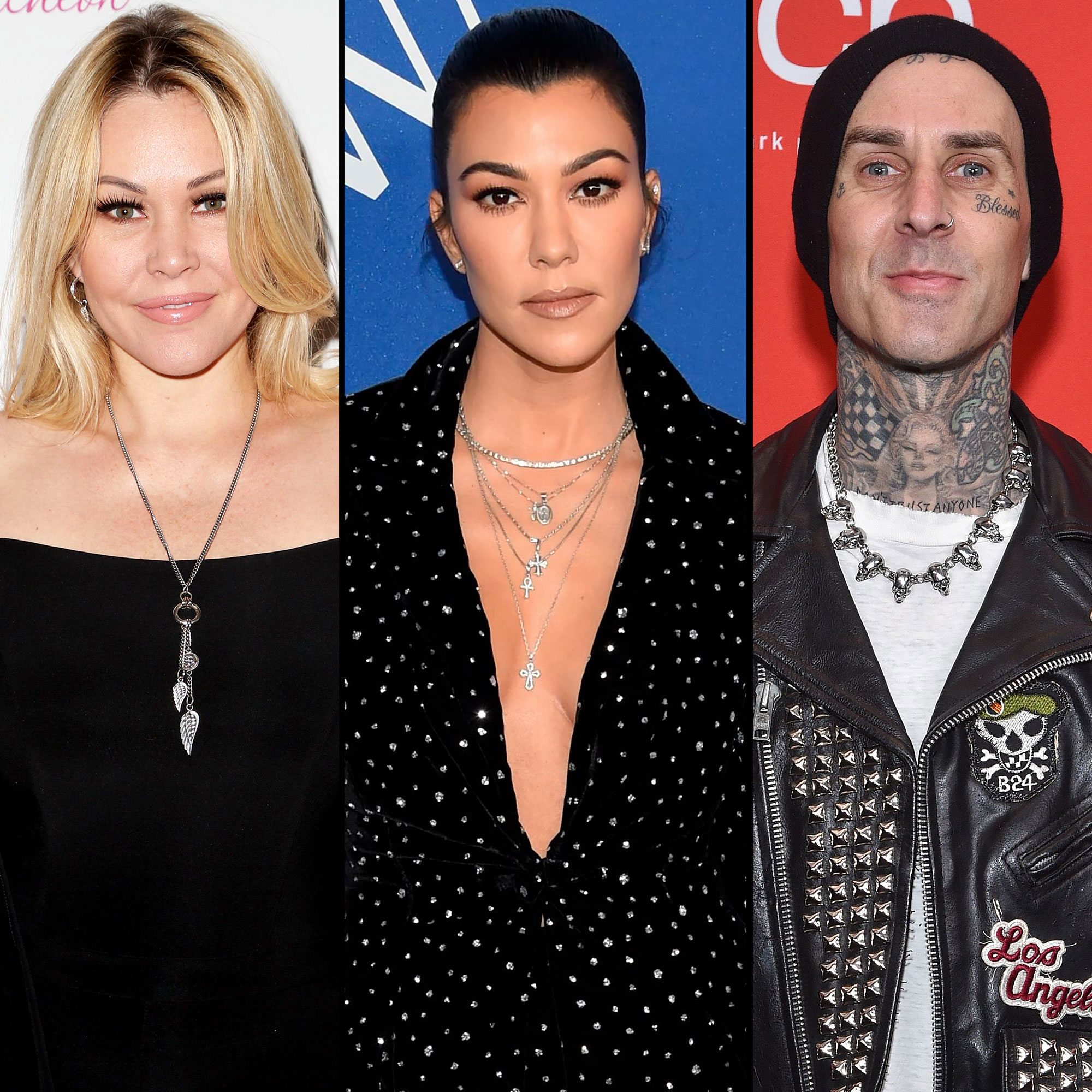 Choosing her words wisely. Shanna Moakler is steering clear of all things Travis Barker and Kourtney Kardashian on Celebrity Big Brother after previously voicing her displeasure with her ex-husband.

Shanna Moakler’s Feelings About Travis and Kourtney: Everything We Know

“[Shanna] has to bite her lips sometimes and is definitely careful about what she says and mindful of what can happen as a result,” a source exclusively tells Us Weekly about Moakler, 46, noting that she is aware of what she shouldn’t say “publicly” about the Kardashian family.

Although Kardashian, 42, and Barker, 46, are “not watching” season 3 of Celebrity Big Brother, per the source, Moakler is only bringing them up “when asked” by producers or the other cast members.

According to the insider, “Her kids are very close to Travis so she wouldn’t want to say something that would hurt them and cause their relationship to get strained again.”

During the Wednesday, February 2, premiere of Celebrity Big Brother, Moakler did, however, raise eyebrows when she recalled a 2009 incident where she referred to Khloé Kardashian as a “donkey.”

“I may or may not have called [Lamar Odom’s] fiancée a donkey on national television,” the Meet the Barkers alum said during a confessional interview. “It’s not one of my finest moments.”

Moakler later clarified that her comment came from a misunderstanding.

“I went to do The Wendy Williams Show. She just asked, ‘Oh, are you going to attend Lamar and Khloé’s wedding?’” the CBS personality told her houseguests Carson Kressley and Chris Kirkpatrick during the Friday, February 4, episode. “I thought she said Kim [Kardashian], and I didn’t like Kim. And I was like, ‘I’m not gonna go to that donkey’s wedding.’ Right after I said it, I heard the audience, and [I] was like, ‘What did I say?’”

According to the source, Moakler revisiting her past with Khloé, 37, had “no effect” on the Good American cofounder adding, “She doesn’t take things personally, especially if it’s said by someone she doesn’t have a personal relationship [or] friendship with.”

The Rhode Island native was previously married to Barker from 2004 to 2008. Moakler, who shares son Landon, 18, and daughter Alabama, 16, with the musician, had public clashes with her children after Barker started dating Kourtney.

In May 2021, Alabama claimed via social media that the former pageant queen had “never completely been” in her life, while Landon stated that Moakler “isn’t in [their] lives like” their father is.

Moakler, for her part, explained that she wasn’t “really sure” why her kids voiced their concerns online, telling Us that same month, “I’m their mother. I love them. It’s hurtful and heartbreaking to have your kids say that when clearly that’s false. It’s a false claim.”

The former Playboy model, who is in a relationship with Matthew Rondeau, later confirmed that there was still “distance” between her and her children.

“I’m just trying to give everybody some space so we can heal and come back together again,” she shared with Us one month later. “I don’t really know what’s going to happen in the future. It’s been very difficult and emotional and sad.”

In November 2021, Moakler posted a sweet Instagram pic with her son, writing, “My love.” The reunion came one month after Kourtney and Barker announced their engagement.