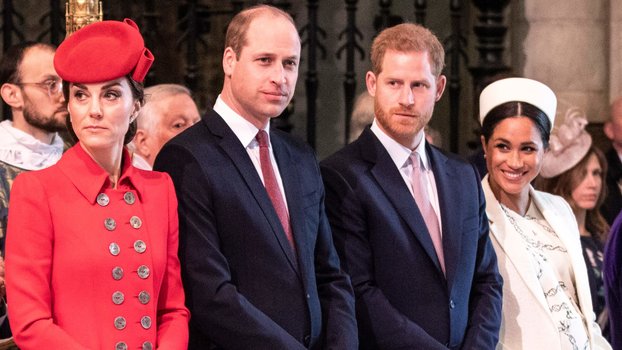 While the idea of two young, handsome princes working side-by-side until they’re old and gray carries a fairytale comfort with it, the reality was never going to adhere to that particular happily ever after.

“It was only going to work until they married — and it went on a while longer than perhaps was originally thought,” a palace courtier told People of Prince Harry and Prince William’s partnership, contrary to staffers’ “homogeneous idea” that, despite their different roles, the royals would ultimately continue to fulfill their duties in conjunction.

But with the addition of Meghan Markle and Baby Sussex any day now, a joint royal unit proved unfeasible. Markle and Harry recently split from William and Kate Middleton’s Household, establishing their own with permission from the Queen. “There was power in that unity and great strength in the foursome, but I see why it is happening,” a source shared with People. “There is always that tension: trying to do the PR thing and then realizing that they are just real people. They want their own place and their own things.”

But despite the separation, experts say Harry and William’s bond will endure. “There is never any doubt that they will be there for each other 100 percent and support each other when it matters,” a source revealed.

“Maybe they’ll come back together a little later,” the royal household insider speculated. “It’s another stage in the growing up. Sometimes you have to break away in order to come back.”