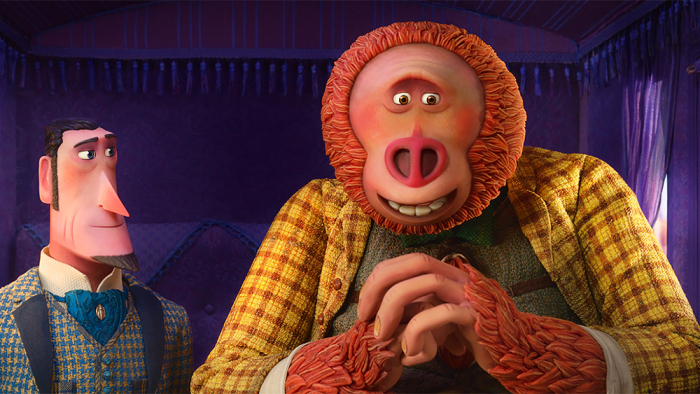 Stop-motion studio Laika pushes design boundaries in every film it makes, and the lead character in “Missing Link” is no exception.

“It became pretty apparent that [the character] Link was going to be the cornerstone,” says director and writer Chris Butler. “I did this rough drawing many years ago, and it was basically like a hairy avocado. Everyone loved it.”

That hairy avocado became one of Laika’s toughest challenges. Usually characters have a neck, and the neck can be moved to communicate different things. Puppet designers realized they would need to give Link a different skeleton so the area where his neck would be could appear more pliable. And they’d need to move his hair as animators created his facial expressions with thousands of different 3D printed masks.

“Link’s face was closely tied to his fur,” says Brian McLean, director of rapid prototyping. “So what we came up with, after about a year of development, was the idea of a separate 3D-printed ring that would correspond with each replacement face, which we refer to as a ‘driver.’ They are replaceable and have magnets in them. An animator would go into almost every frame, put a new driver in, get the magnets in place and adjust everything depending on the tension of the head.”