Bikini-clad stars are swapping their sandals for cowboy boots

Kardashians hold nothing back in explosive ‘KUWTK’ reunion preview

Kendall Jenner’s Tequila too close to ours, Texas company claims

Kendall Jenner decided early on in her reality TV career that she didn’t want her love life to be featured on “Keeping Up With the Kardashians.”

An executive producer for the just-ended E! series revealed the 25-year-old model didn’t want her boyfriends to appear on the show because she wanted to figure out in private if they were legitimate suitors.

“Kendall’s always had this rule — she just felt like she had to be with someone for at least a year before she lets them be a part of the show, because she doesn’t always know what people’s intentions are,” Farnaz Farjam told Bravo’s “The Daily Dish” podcast on Monday’s bonus episode.

“So, that’s why we kind of kept her personal life out of it, just because she had a rule.”

The 818 Tequila founder has been romantically linked to singer Harry Styles as well as NBA players Ben Simmons and Blake Griffin in the past, but she just celebrated her one-year anniversary with boyfriend Devin Booker and marked the occasion with a heartfelt Instagram tribute.

The Phoenix Suns player, who is currently competing in the 2021 NBA playoffs, captioned a gorgeous sunset photo on his Instagram Story with, “1.” He also tagged Jenner’s social media handle alongside an orange heart emoji. 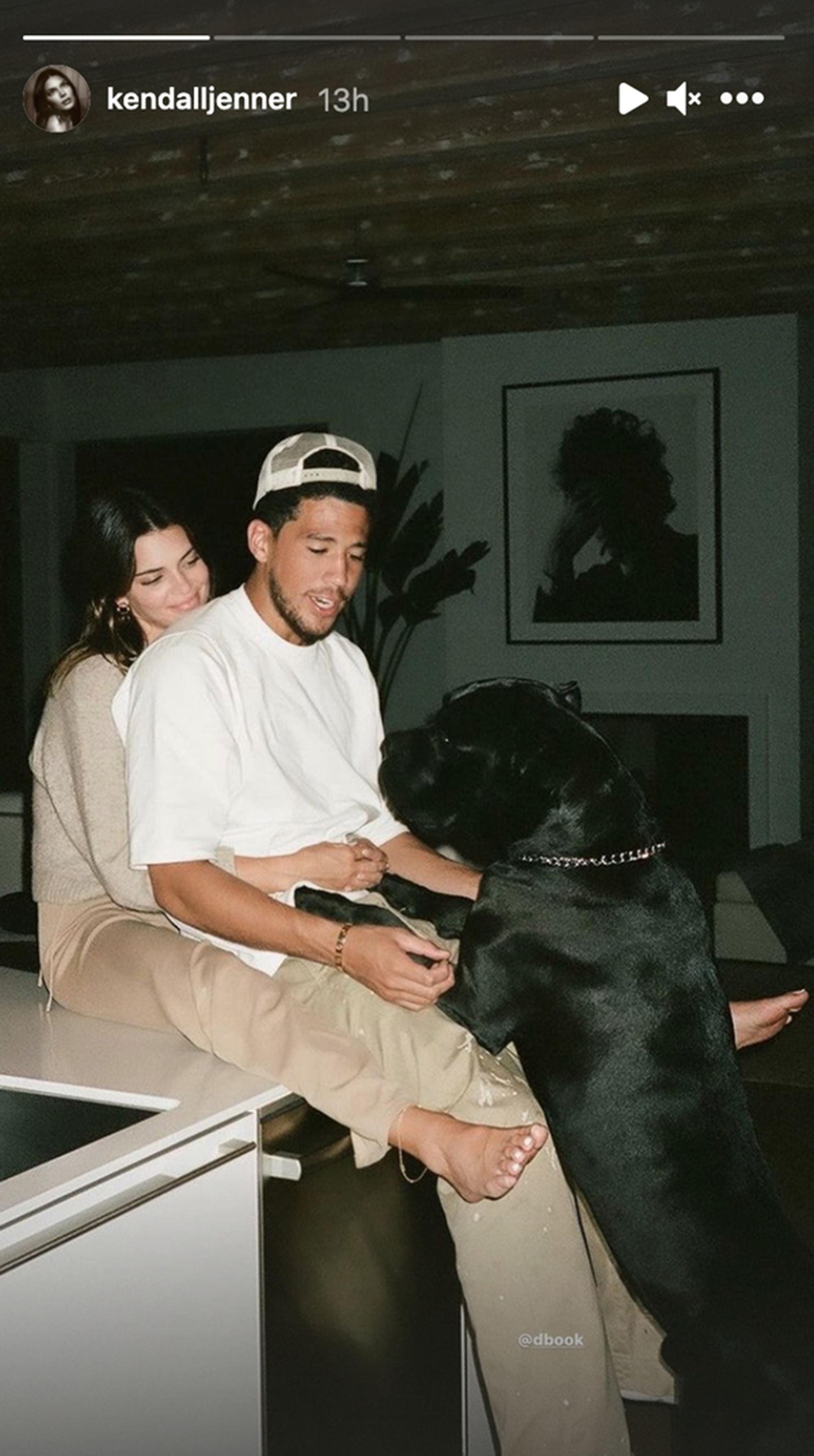 First linked in April 2020, Jenner and Booker’s relationship slowly intensified publicly, when the athlete got flirty with the businesswoman on social media.

In the weeks following their Instagram interaction, the duo stepped out together in real life. It wasn’t until February, however, that Jenner and Booker made their relationship Instagram-official.

While fans may not have gotten a glimpse at their relationship on “KUWTK,” which ended earlier this month after 20 seasons, perhaps Booker will make his debut on the family’s upcoming Hulu series. It has been a year, after all.