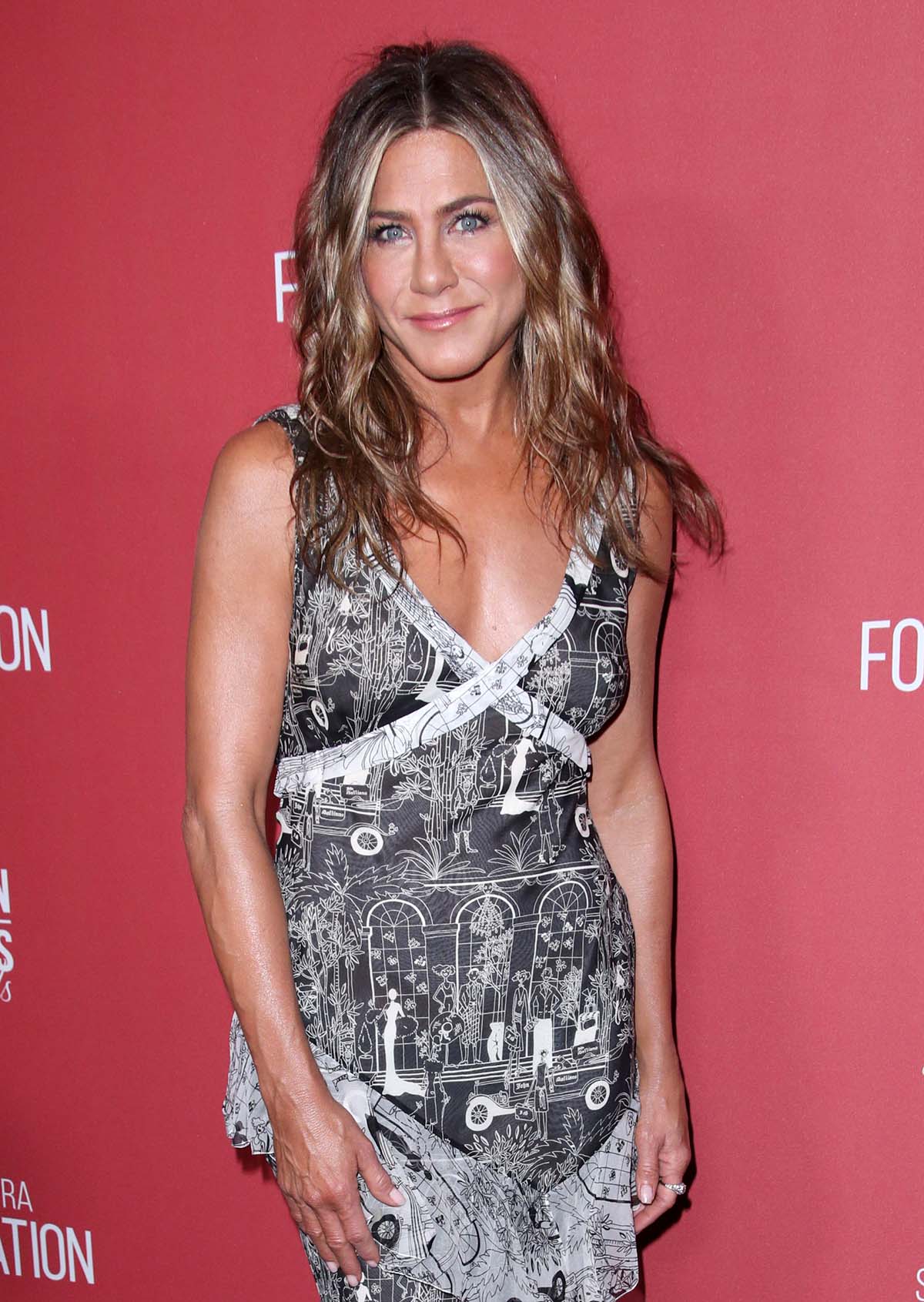 Little victories. Jennifer Aniston isn’t planning on attending the 2021 Emmy Awards even though she and her Friends costars are in the running for a trophy.

The 52-year-old Morning Show actress revealed on Jimmy Kimmel Live! on Monday, September 13, that the ongoing coronavirus pandemic factored into her decision.

“No, I will not be going,” she explained. “I think Ben Winston, our producer and director, [who’s] incredible, who put the whole [reunion] together [will go].”

Aniston clarified that she herself isn’t nominated for an individual award, but the HBO Max special Friends: The Reunion is up for four total Emmys, including Outstanding Variety Special (Pre-Recorded). She also noted that she’s still taking health and safety precautions very seriously as the COVID-19 crisis continues.

“This is a big step for me to just be here,” she said of her late-night appearance. “I’m just [taking] baby steps.”

The Crush, Where They’d Be Now and More ‘Friends’ Reunion Best Moments

The reunion episode was also recognized at the Creative Arts Emmys on Saturday, September 11, with nominations in three categories, including Outstanding Directing for a Variety Special for Winston. When nominations were announced in July, Aniston sent “extra extra special thanks” to the U.K. native for helping get the Friends gang back together.

“Congrats to my @friends family on FOUR Emmy nominations,” she gushed via Instagram at the time. “This was such a special reunion for us and we couldn’t be happier to share it all with you.”

Aniston was joined by former colleagues Courteney Cox, Lisa Kudrow, David Schwimmer, Matthew Perry and Matt LeBlanc for the highly anticipated special, which aired in May. While fans were eager to see the group reunite, they shouldn’t expect to see the stars back at Central Perk again soon.

“That’s all up to [creators] Marta [Kauffman] and David [Crane] and I once heard them say, and I completely agree, that they ended the show very nicely, everyone’s lives are very nice,” Kudrow, 58, said during the two-hour HBO Max episode when asked whether she’d be willing to reprise her role in the future. “They would have to unravel all those good things in order for there to be stories. I don’t want anyone’s happy ending unraveled.”

The Cougar Town alum, 57, got emotional about the topic earlier in the night. “This will really make me cry but this will be the last time that we’re ever asked about the show as a group, that we will do this,” she said. “We’re not gonna do this again in 15 more years. … I’ll tell you one thing, we are not waiting so long to have a dinner.”

Throughout its 10 seasons on the air, Friends earned 62 Emmy nominations, winning Outstanding Comedy Series in 2002. The same year, Aniston took home the trophy for Outstanding Lead Actress in a Comedy Series.