On each Bachelor season, we can always expect a few inevitable details from the "Women Tell All" special. There will be a few contestants we barely remember and a fan favorite or two who are blatantly missing from the group. For Colton Underwood’s "Women Tell All" taping, a contestant who made a strong impression early on was absent, and Bachelor Nation noticed before the episode even aired. Why isn’t Elyse at "Women Tell All"? The popular contestant just explained her upcoming absence on Instagram.

In case you forgot amidst dramatic fence jumps and doubting girls, 31-year-old makeup artist Elyse scored an early one-on-one date with Colton this season. After spending the day with kids at a carnival, she opened up to Colton about how her sister experienced a pregnancy while diagnosed with cancer. The baby lived and her sister died, forever changing Elyse’s view on life and snagging Colton’s solid admiration of Elyse. Despite how great their private date was, Elyse then struggled with not receiving much attention in the following weeks. She ultimately chose to eliminate herself, feeling that her emotional needs weren’t prioritized in such a big group of women and that she wouldn’t be ready to accept a potential proposal.

TBH, the exit felt a little premature, and fans were definitely bummed about the sweet and well-meaning contestant’s departure. Understandably, they had a lot of questions when photos from the "Women Tell All" taping hit ABC’s website and Elyse was absent from the lineup of women in pictures. 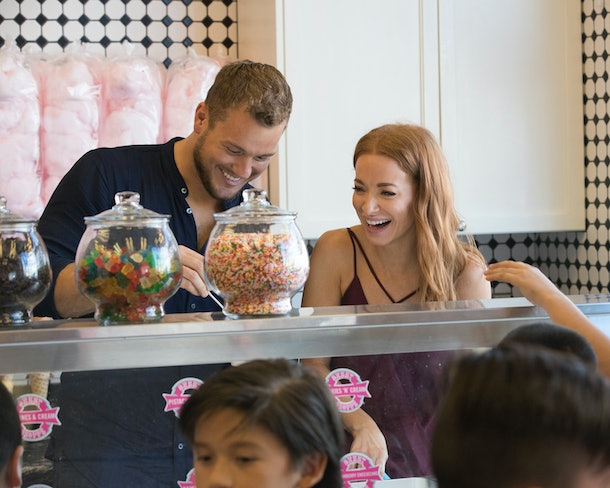 The Arizona native addressed fans’ concerns about her apparent no-show on her Instagram Stories. Ahead of the "Women Tell All" episode on March 5, she posted several Stories saying:

After thanking others for the experience and sharing what she learned, Elyse revealed in a Story, "My friendships are an extension of my family." She then uploaded a video to Instagram revealing she was at a friend’s wedding during the "Women Tell All" taping. The clip shows her catching the bride’s bouquet as it lands right in her face.

"Women Tell All airs tonight!" Elyse wrote as the caption. "I would have loved to reconnect with the cast, Colton, and the whole Bachelor team…But I was too busy getting slapped in the face by the potential for my own happily ever after."

Women Tell All airs tonight! I would have loved to reconnect with the cast, @coltonunderwood and the incredible @bachelorabc team… But I was too busy getting slapped in the face by the potential for my own happily ever after ? You can see more about my thoughts on being a part of this season of the Bachelor in my story!

There you have it, folks. Given how dramatic these "Women Tell All" reunions can be, I definitely wouldn’t mind if I ended up in a situation like Elyse’s and had a great excuse to choose a friend over The Bachelor.