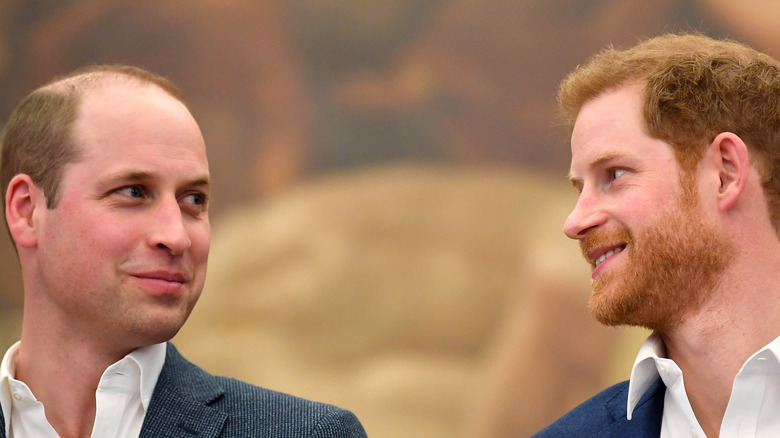 Speculation has been rife about the inevitable meeting between warring princes William and Harry, who were finally forced back together to unveil a statue in honor of their late mother, Princess Diana, on July 1

As People confirmed, the royal brothers were due to lead a small group of select people in celebrating their mother on what would have been her 60th birthday. The statue in her likeness was placed in the gardens of Kensington Palace, where the “People’s Princess” frequently spent her time. Harry quarantined all week after arriving the previous Friday from the U.S., where he’s currently residing alongside wife and mother of their two young children, Meghan Markle.

The statue’s sculptor, Ian Rank-Broadley, was slated to attend alongside several close family members though numbers were being kept down in accordance with COVID-19 restrictions. William and Harry’s father, Prince Charles, was not scheduled to attend, however, due to painful memories surrounding his tumultuous relationship with Diana.

Although members of the public were understandably looking forward to seeing the statue itself, all eyes were on the boys as they reunited for the first time since memorably fighting at their grandfather, Prince Philip’s, funeral. Thankfully, it seems as though everything went well at the event.

The brothers seemed to be in good spirits 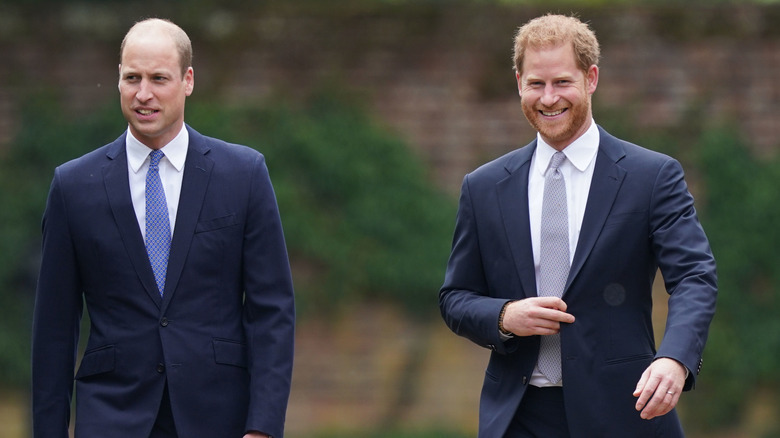 As expected, Prince William and Prince Harry put their ongoing issues aside to celebrate their mother while unveiling the statue created in her honor.

As the Daily Mail confirms, the grieving brothers presented a united front, admitting sadly to those gathered, “Every day, we wish she were still with us.” Photos from the event show the royals standing comfortably next to each other, speaking amicably, and even sharing a laugh. The Sunken Garden at Kensington Palace is widely known as one of Princess Diana’s favorite spots to get some peace and quiet from the skirmish she was embroiled in right up until the moment Diana was killed in a car crash, in 1997. The bronze statue created in her likeness depicts the beloved royal smiling joyfully, with her arms around three small children.

Harry reportedly left the event 90 minutes after arriving, although it’s unclear whether he headed straight back to the airport, to return home to wife Meghan Markle, who just recently gave birth to their second child, a daughter named Lilibet. He was noticeably enthusiastic and excited to be in attendance however, with reporters capturing Harry chatting with his uncle, Earl Spencer, and Diana’s sisters, Lady Sarah McCorquodale and Lady Jane Fellowes among others. Although William had a sterner exterior, he was spotted speaking quietly with his brother prior to the beginning of the ceremony, suggesting they may be working towards fixing their relationship sooner rather than later.