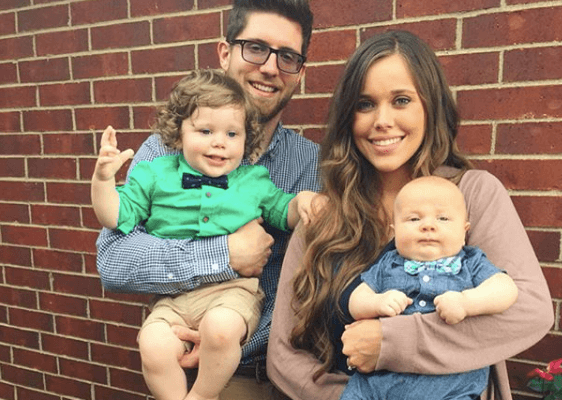 Jessa Duggar and her husband, Ben Seewald, are expecting their third child. But recently, there has been a lot of speculation about whether all the Duggars will remain on their TLC show Counting On. And now, Jessa has been put in the hot seat. Here’s why fans were freaking out about her leaving the show — and how she responded. Last week, Duggar took to Instagram to surprise her fans with exciting news: She and Seewald are expecting their third child. Duggar wrote on the couple’s website that their future baby is coming this spring. She also noted that if it’s a boy, they’d have plenty of clothes and accessories to pass on to him. However, Duggar said they’d be just as happy with a girl — but they may need to learn a few things. Seewald also added that while their youngest son, Henry, doesn’t understand what’s happening, Spurgeon does, and he’s loved talking to Duggar’s belly. Needless to say, the two are beyond excited to expand their family.

On January 9, TLC announced the newest Counting On season premiere date. But the photo that was posted to the Counting On Facebook page was missing two very important people: Duggar and Seewald. It sent fans into a tizzy, since the absence of the couple in the photo could mean they weren’t coming back for the next season. Plus, Jill Duggar and Derick Dillard are no longer on the show, so another main cast member leaving could have also meant bad news for the show’s ratings.

One fan took to Duggar’s Instagram account to ask her why she and her husband didn’t appear on the most recent promotional photo. Duggar explained that it had to do with how much the other cast members had gone through since the last season.

“At the last shoot, they only took updated pics of newly married couples or those who had a new babies [sic],” Duggar wrote. “Our family hadn’t changed much since the last shoot, so they didn’t need us this time around.” It appears Duggar and Seewald’s absence from the photo does not indicate that they won’t be on the upcoming season.

It’s good news that Jessa Duggar and Ben Seewald won’t be going anywhere at the moment, but there have been rumors  in the past of other Duggars leaving. Fans have speculated that Jinger Duggar may leave the show at some point; she lives in Texas with her husband and doesn’t come home too often. But with Jill and Derick no longer on the show, fans hope Jinger doesn’t leave. It looks like Jessa, Jinger, and their families are here to stay — for now.