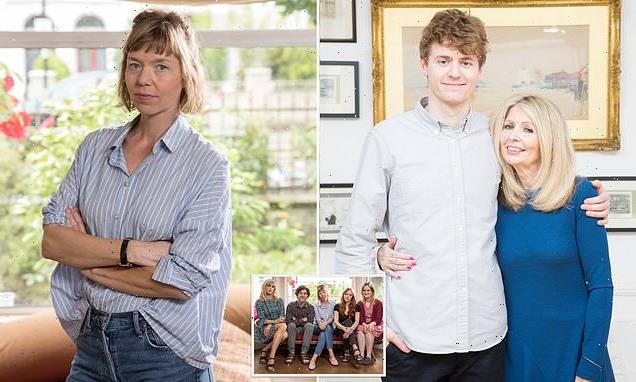 Why DO modern mums hate motherhood so much? From BBC’s whingefest Motherland to a boom in memoirs on the misery of parenting…

Whisper it quietly, but whatever has happened to the joy of motherhood? The place where mothers live today, as portrayed in the hugely popular BBC TV series Motherland and Martin Freeman’s hit sitcom Breeders on Sky, is not somewhere I recognise from my own three decades of parenting.

It’s a foreign country to me, populated by selfish, angry, ghastly mothers who whinge and whine and endlessly complain about their lot — even though they are mostly middle-class and live in million-pound homes.

I can see that these shows are often funny (the acting is exemplary), and I understand that the characters are exaggerated for comic effect, but the overall picture they paint of motherhood is depressing and bleak.

I probably wear rose-tinted glasses, looking back at what seem to be the good old days of being a mummy. 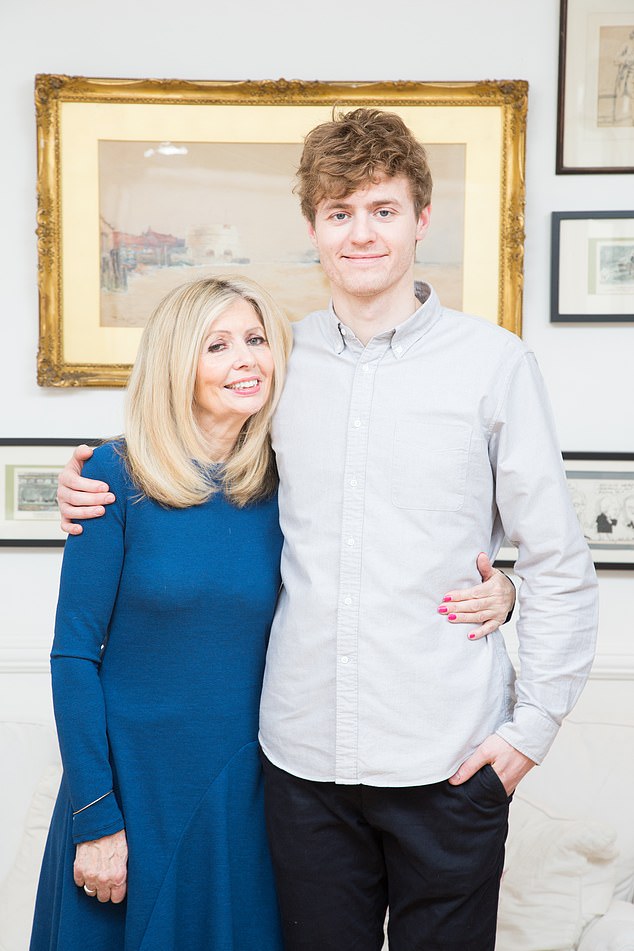 But can modern motherhood really be as miserable and mean as it seems at the school gates in Motherland, where our heroine, self-serving Julia, interacts with the vile, vain Amanda and the idiotic token house-husband Kevin?

Is life as a parent as terrible as mum Ally makes it seem in Breeders? ‘Who is happy with two children under seven?’ she comments in season one.

This worrying perception of motherhood as a tedious chore isn’t limited to TV, it is echoed everywhere.

I don’t doubt that there are serious parenting manuals on the shelves of Waterstones, but they seem to be outnumbered — and definitely outsold — by tomes that humorously highlight the horror of motherhood.

Witness the phenomena of Gill Sims’s bestsellers. Her first, Why Mummy Drinks, was so successful, it spawned Why Mummy Swears, Why Mummy Doesn’t Give A ****! and Why Mummy Is Sloshed. Other bibles of this oeuvre include Katie Kirby’s Hurrah For Gin and Sarah Turner’s The Unmumsy Mum. 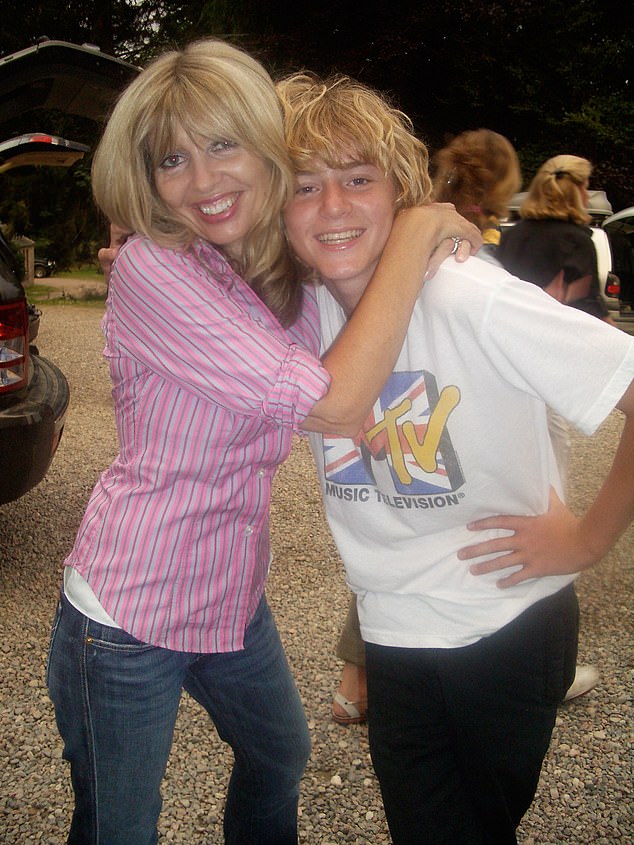 She said it is a pressure fuelled by the internet: the constant Mumsnet judgement and the endless images of impossibly perfect mums on Instagram. Pictured: Jane and her son Rufus in Scotland when he was about 12

I understand how this trend to denigrate motherhood started. It was an antidote to the growing pressure put on this generation of women to be perfect mothers, a pressure fuelled by the internet: the constant Mumsnet judgement, the endless images of impossibly perfect mums on Instagram and a continuing lack of gender equality in the burden of childcare.

I get all that. I am not blind to the difficulties of parenting. Being a mother can be tough and often brain-numbingly boring. But it is also, I think, the best it gets.

I never felt more satisfied at the end of the day than I did when my children were small. The negatives of being a mum — the squabbling, the demands, the lack of sleep — were more than compensated for by the positives: the love and laughter my children brought into my life.

I did my fair share of moaning during the teenage years (as my elder daughter Bryony, now a brilliant mum, will attest), but it never made me regret for a single second my choice to become a mother. 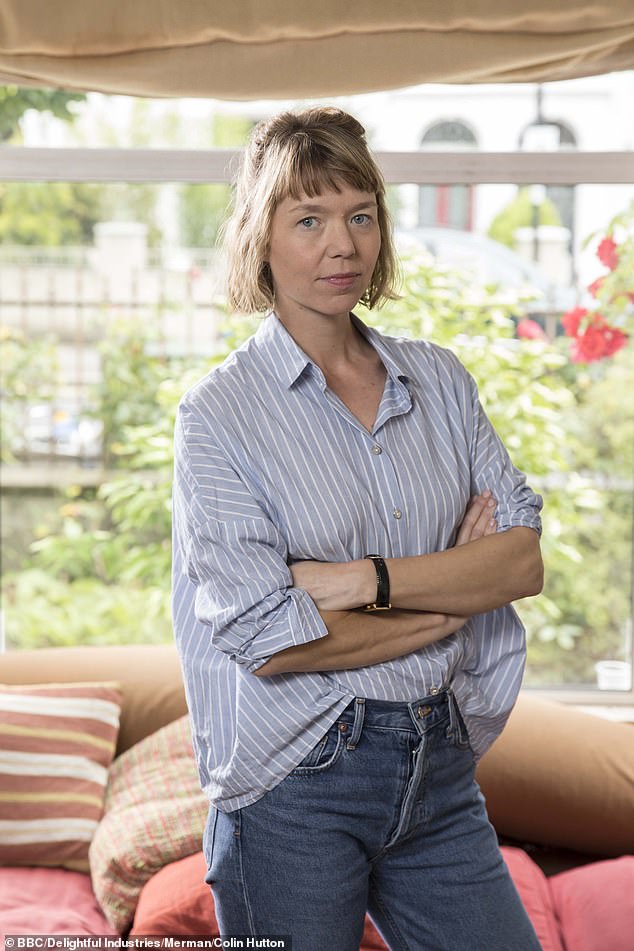 However, she asks, can modern motherhood really be as miserable as it seems in the BBC’s Motherland with our heroine, self-serving Julia (pictured)?

And the friendships I forged at my ante-natal group and, later, at the school gates — unlike those strange alliances in Motherland — are some of the strongest and enduring I have ever made.

My generation of mothers may seem to our daughters to have had an easier time, but we, too, had to wrestle with the notion of ‘having it all’. Around 66 per cent of mums worked full or part-time in the 1990s, with even less hands-on childcare support from our partners than mothers today.

Motherhood, for all but the very few, can be a struggle. But it is also a wondrous privilege. And that side of it is, sadly, rarely acknowledged today.

Indeed, the overwhelming view of childrearing right now is so negative that it could well threaten the future birth rate. If Motherland were on a commercial TV channel, it’d be the perfect marketing spot for Durex ads.

Last month, a friend of my daughter announced on social media the pregnancy of her first child. She was shocked that there were as many commiserations as congratulations, ranging from ‘Good luck, you are going to need it’ to ‘Say goodbye to sleep for the next eight years’ and ‘So much for your career’! 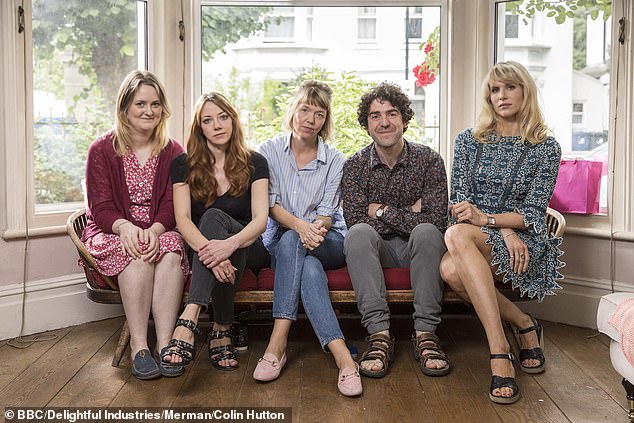 Jane says motherhood, for all but the very few, can be a struggle. But it is also a wondrous privilege. And that side of it is, sadly, rarely acknowledged today. Pictured: Cast of Motherland (L-R) Anne, Liz, Julia, Kevin and Amanda

We have even reached a state when a joyful picture of two women interacting with a baby on a beach prompts an outcry of savage scorn on social media. In response to the images of Dr Jill Biden and Carrie Johnson playing with toddler Wilfred in Cornwall last month, one woman posted: ‘I can’t help feeling I woke up in the 1950s.’

Other comments included: ‘Everything about this has been making me cry out in horror, it’s been so demeaning for them all’ and ‘Why didn’t she get a ****ing babysitter?’

While it may have been a cynical photo opportunity, and even if it did have subliminal ‘back in the kitchen’ vibes, there is no denying that the delight on Carrie’s face was genuine.

That look made me see beyond the politics of the picture because it is a look I often see on the face of my daughter and my nieces when they are enchanted by something their own children have done.

And it is the look we so often see on the face of the Duchess of Cambridge when she is with her three — most recently noted on Sunday night when she so warmly and naturally celebrated with Prince George when England scored against Italy.

That look is the true face of motherhood, not Julia’s perpetual snarl on Motherland.