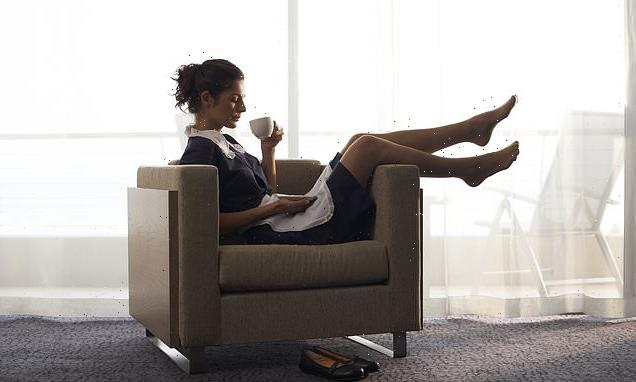 Opening the front door after a long and trying day, I pause for a moment to savour the singular aroma of pine-scented disinfectant spray. A familiar sign that my lovely cleaning lady — let’s call her Sheila — has been in.

Can there be any greater pleasure for the time-pressed working woman (or man) than coming back to a clean and tidy house?

Unfortunately, as I’ve come to discover, such appearances are profoundly deceptive. Sure, the place looks pleasingly tidy. But peer closer and it’s obvious the house hasn’t been actually cleaned at all. The kitchen bin hasn’t been emptied and there’s a filmy layer of grease on the cupboard handles.

The outside of the microwave may have been spritzed to its shiniest Sunday best. Yet open the door and you’ll see a crusting pool of milk from a late-night hot chocolate spillage.

Lifting up the hall mat reveals a perfect rectangle of dust redolent of a TV crime scene. Clearly, the mop has skimmed only the margins, and the corners are repositories of everyday grime.

Meanwhile, over in the bathroom, rather than removing tubes of toothpaste and bottles of moisturiser to clean the sink unit, these have been simply shunted into a soap-stained corner to accommodate a quick flick of a Flash antibacterial wipe. 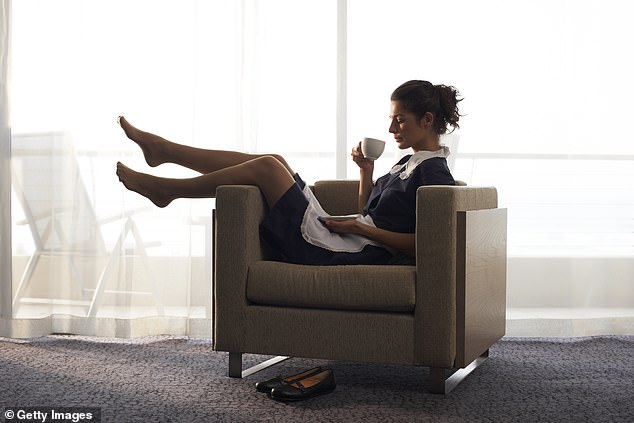 And don’t get me started on the glass work. Apparently, ducking under the net curtains for a quick clean of the windows isn’t in the job description. Oh, and I could write my name on the dusty ledges.

Peeling off my coat to empty forgotten bins and wipe away the ring from a coffee cup, I seethe with frustration. Why do I put up with this? After all, in any other circumstances I’d never allow such substandard work — paid for out of my hard-earned cash — to pass without censure.

In fact, I’m one of those toe-curling restaurant diners who despatch food back to the kitchen if it’s slightly below scalding point. (My friends cringe at my voluble line: ‘This coffee is undrinkable.’)

Yet, as I scrub away clumps of burnt oil on the granite splashback, I realise there’s no chance of me booting Sheila off the payroll — even though she’s a repeat offender. And in spite of frequent, yet gentle, reminders of what needs to be done.

You see, in the domestic cleaner/employer dynamic, Sheila plays the ace. That’s because, like many of the working women I know, there’s a palpable panic when we don’t have domestic help — even if it’s just for a few hours a week. Sheila is as much an emotional crutch as a pragmatic one.

Our cleaners provide us with the certainty we won’t have to deal with the depressing prospect of returning to a grubby home at the end of a long day. Even if the gleam is only superficial.

Dr Sandi Mann, therapist and senior psychology lecturer at the University of Central Lancashire, tells me there’s also an element of trust which could keep me yoked in such an unsatisfactory relationship.

‘Employing someone to clean your house is a personal and intimate form of work. They witness how you live at close range,’ she says. ‘It may well be a question of better the devil you know . . .’

The fact is, I do trust Sheila. She’s honest, reliable and punctual. She’s just lousy at her job.

Perhaps one of the reasons I don’t seriously thrash out my complaints with her is that there’s a twinge of middle-class unease over the fact another woman is cleaning up after me in the first place.

Somewhere, buried beneath the pragmatism, there’s some ancient stirring which semaphores this should be my job.

All of which makes it much harder to dwell on the grimly personal side of my complaints about her work — such as the fact there are still scum marks in the bath or hair in the plughole.

It’s all so embarrassing since it holds a mirror to the state of my home — my castle! — and reflects it back on to the judgment of a stranger. Not that I’m alone in employing a cleaner who doesn’t really clean.

I hear it from friends and colleagues all the time. One pal dreads her cleaner coming because she knows that of the four hours she’s in the house, she’ll spend great tranches of time chatting.

She’ll snag anyone into conversation and the time drifts by as motes of dust settle on the bookshelves. 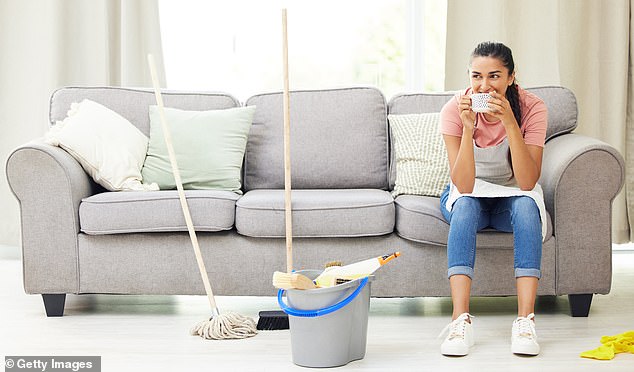 Another says her cleaner ‘does little more than shove some Domestos down the loo’. But since my friend is working all hours trying to launch a start-up, balancing her business with the needs of her three children, it makes her feel ‘slightly less hysterical’ to know that someone else has made the bed and fashioned some semblance of order.

Sheila is by no means the first cleaner I’ve had to clean up after. There was ‘Debbie’, who managed to clean only two bedrooms in three hours (without moving a bed). And then ‘Mary’, a lovely lady who seemed to think it wasn’t necessary to dust anything.

All lovely women. But then, as now, I’d end up trying to find time to put in extra hours to finish the job they had been paid to do.

There are, of course, some brilliant cleaners — hardworking and diligent with forensic attention to detail. But the fantastic ones are as rare as hen’s teeth.

And those who have the good fortune to find a really thorough cleaner are reluctant to share. (I vividly remember one school playground bust-up between two old friends when it transpired one had filched the other’s domestic.)

So why don’t I quit moaning and just do it myself? Believe me, it’s not because I’m some pound-shop dowager, too grand to roll my sleeves up. Like many people, I simply don’t have the time.

As a freelance writer and broadcaster, I work long hours which inevitably pay more than the average going rate for a cleaner (this currently stands at £9.43 per hour — though I pay £11).

When I don’t work, I don’t earn, so it makes fiscal sense to contract out the cleaning. Indeed, my last cleaner left just before lockdown, and during the dreary months of early 2021 I had no choice but to get involved with the dirt and the dust myself.

The satisfaction of getting into the corners neglected by my last cleaner was eviscerated by the fact I had to surrender precious working time to get it all done.

Naturally, I have had twinges of cleaner guilt. Apparently, we all say we just don’t have the time: one survey of 2,000 British adults found the majority of people claim they are ‘too busy’ to clean their homes.

And, of course, Left-wingers will inevitably tell me it’s immoral and degrading to employ a cleaner. That I should scrub my own floors. I don’t buy it. Does that make it degrading to pay the window cleaner or the gardener, too?

Do those in offices object when the cleaners rock up at the end of the working day and start dusting away their desktop detritus?

It’s like any contractual arrangement in a market economy. I will give you money. You give me a kitchen floor off which you could eat your dinner.

Except, in my case, Sheila doesn’t. I could, of course, let her go, put another advert in the window of the local newsagent (that’s how I found her) and see what the response yields.

But then I see Sheila, smiling warmly, offering to make me a cup of tea and snapping on her Marigolds to rearrange ornaments while missing the grime. And I know I would miss her too much should she ever decide to leave.