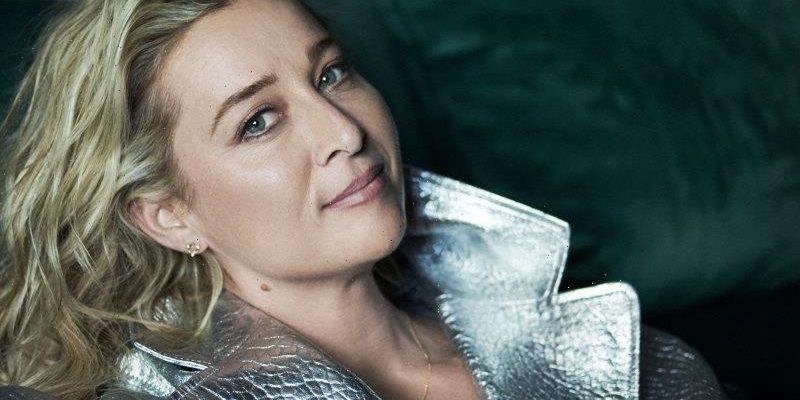 Within minutes of starting to chat with actor Asher Keddie about her role in the upcoming television adaptation of Liane Moriarty’s bestseller Nine Perfect Strangers, a familiar intruder interrupts our Zoom call. Ding-dong!

Doorbells were never a problem in the past when interviews were done on a film set or in a photo studio, but thanks to the pandemic and the blending of our work and home lives, if it’s not an errant child making a cameo appearance, it’s an online order arriving at the doorstep. 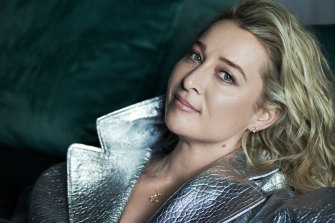 Asher Keddie: ” I was thrilled when I was offered that particular role, and also really frightened. I felt afraid of really diving into the kind of grief of having lost a child to suicide.”Credit:Hugh Stewart

“I’m so sorry,” says Asher through the screen, looking a little flustered in a way not dissimilar to the gloriously neurotic Nina Proudman (her popular Offspring character). But far from a hindrance, these real-life moments make for a lovely ice-breaker. Suddenly I feel like I’m talking with an old friend, rather than a seven-time Logie winner.

Asher scurries off screen for less than a minute, before returning and plonking herself back down. Her blonde hair, with the tell-tale dark roots of lockdown, is pulled back in a messy bun, her naturally beautiful face is make-up-free and she’s wearing a loose jumper. We begin chatting again, but within seconds an interloper strikes at my door.

The absurdity of the situation makes us both laugh at a time when there is little to be happy about. On the day of our interview, NSW’s lockdown is about to be extended and Victoria’s is still underway. “It’s the fifth one for the kids,” says Melbourne-based Asher, as unaware as anyone that a sixth will also come.

It’s telling that she refers to the lockdown in terms of her children – 12-year-old Luca, her stepson with husband Vincent Fantauzzo, and Valentino, 6, the couple’s child together.

“I so want them to have the freedom and the enjoyment that I had as a kid,” she explains. “I’m just so worried that that’s been interrupted for them so much. As much as we’re trying to give them that enjoyment, it’s not what we had. I just yearn for that.”

Asher’s childhood – she was born in 1974 – sounds typically carefree for the era. Raised by teacher parents, James and Robi Keddie, in Melbourne, Asher is the elder of two sisters. Named after the English actor Jane Asher, she trained as a ballet dancer. But just before her audition at the Australian Ballet School, aged 14, she dislocated her knee.

A life in the arts still beckoned. The small acting roles she’d already landed as a teen continued into the 1990s before her breakthrough role in 2004 in Foxtel’s Love My Way.

She went on to play iconic figures such as Ita Buttrose in the ABC’s Paper Giants and Blanche d’Alpuget in Ten’s Hawke. But it’s her enduring stint as Nina Proudman on Offspring, which earned her those seven Logie Awards, including the coveted Gold, and a place in viewers’ hearts.

Since the show wrapped in 2017, Asher has barely stopped working, proving she can create characters beyond the endearing and stylish obstetrician Nina. She starred alongside Guy Pearce in the film Swinging Safari, shared the screen with Cate Blanchett in the television series Stateless, and is now playing the role of grief-stricken mother Heather Marconi in Nine Perfect Strangers. 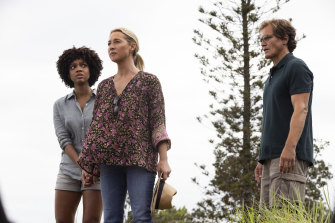 The eight-part drama follows nine people who attend a 10-day “Mind and Body Total Transformation Retreat” at a place called the Tranquillum House run by Masha, a mysterious Russian woman played by Nicole Kidman. A long-time fan of Moriarty’s novels, Asher was familiar with the book before the audition process even began, and was particularly struck by the character of Heather, placing the Marconi story at the book’s heart.

“So I was thrilled when I was offered that particular role,” she says, “and also really frightened. I felt afraid of really diving into the kind of grief of having lost a child to suicide.”

Fear not, this is not a spoiler. In the first episode, the viewer is introduced to Heather, her husband Napoleon (Michael Shannon) and daughter Zoe (Grace Van Patton). They are arriving at the resort the week their son would have turned 21, had he not taken his life three years earlier. The strain on the family, particularly the parents, is palpable from the outset.

“As they’re arriving at the retreat, I feel like Heather’s grief is really spiking, and perhaps she was repressing it and pushing it down. Napoleon tries to cover it with all this trying to rally the family. They are so damaged by what happened. They are so disconnected that they’re just putting one foot in front of the other.

“It’s so complex what happens to a family when someone takes their life. Unimaginable. But we had to imagine. As a mother with two little boys it was confronting.” 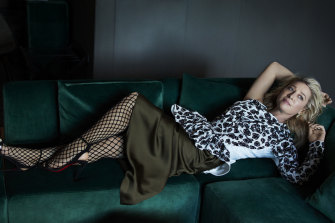 Keddie on the cast: “Everyone was in the same boat. Everyone had the same restrictions. We all got along really well.”Credit:Hugh Stewart

No doubt made only more confronting due to conditions they were filming in, as Asher was separated from her family unit for most of the six-month shoot in Byron Bay due to the pandemic. “It was not possible to just jump on a plane back and forth like I normally would,” she says.

“But if good work is there, like Nine Perfect Strangers, I’m not going to go, ‘No, it’s all too hard.’ I’m supporting a family here and that’s my job.”

Thankfully, Asher was able to have her youngest son, Val, with her during filming. Not only did this bring her comfort, but for her child it was an adventure.

“Val got to go to this gorgeous school in Byron – all barefoot with long hair,” she says, smiling. “As discombobulating as it was for him not knowing why Daddy and Luca weren’t there, it was also a really good experience.”

Asher says she and her artist husband, who she famously met when he painted her portrait for the Archibald Prize, had never spent more than three days apart. “Not in 10 years. That was challenging. But I speak to Vincent 10, 15 times a day anyway.”

Although the rest of the cast, including stars such as Melissa McCarthy, Luke Evans and Bobby Cannavale were strangers to Asher (“I had met Nic a couple of times”), they all quickly bonded.

“Everyone was in the same boat,” she says. “Everyone had the same restrictions. We all got along really well. We had some barbecues, we had some kids’ parties, and we were able to enjoy those kinds of things together.”

“What I’m hoping for is that the next 10 years feels really rich in terms of work and life and that’s me being able to travel again, like all of us. For my children to be able to explore the world. For it not to feel small.”

Until this project, most of Asher’s work had been in Australian productions, bar a small role in the blockbuster film X-Men Origins: Wolverine. Having now worked on a big American project, does a Hollywood career beckon?

“I would like to work anywhere, whether it is the US, the UK, Canada, or Europe,” she says. “What I’m hoping for is that the next 10 years feels really rich in terms of work and life and that’s me being able to travel again, like all of us. For my children to be able to explore the world. For it not to feel small.”

In the meantime, she’s content to embrace quiet time with her family at home in Melbourne, although she confides that it’s not always so quiet around the TV set when her beloved AFL team, the Collingwood Magpies, are playing. “I won’t demonstrate how I yell ‘Go Pies!’ because my children nearly have a heart-attack when it comes out,” she says, laughing. “It’s the one time that I’m really noisy!”

Asher stops herself short. “I’ve never said that to anyone before – no one even knows I’m a Pies supporter,” she confesses, surprised by her candour.

It must be the doorbell effect.

The first three episodes of Nine Perfect Strangers will be available to stream on Amazon Prime Video from August 20, with new episodes weekly.

This article appears in Sunday Life magazine within the Sun-Herald and the Sunday Age on sale August 15. To read more from Sunday Life, visit The Sydney Morning Herald and The Age.