MILLIONS of UK households will see their energy prices shoot up on October 1 – here’s why.

Energy regulator Ofgem has increased the Energy Price Cap to £1,277 from the start of October, adding £139 to the average household bill. 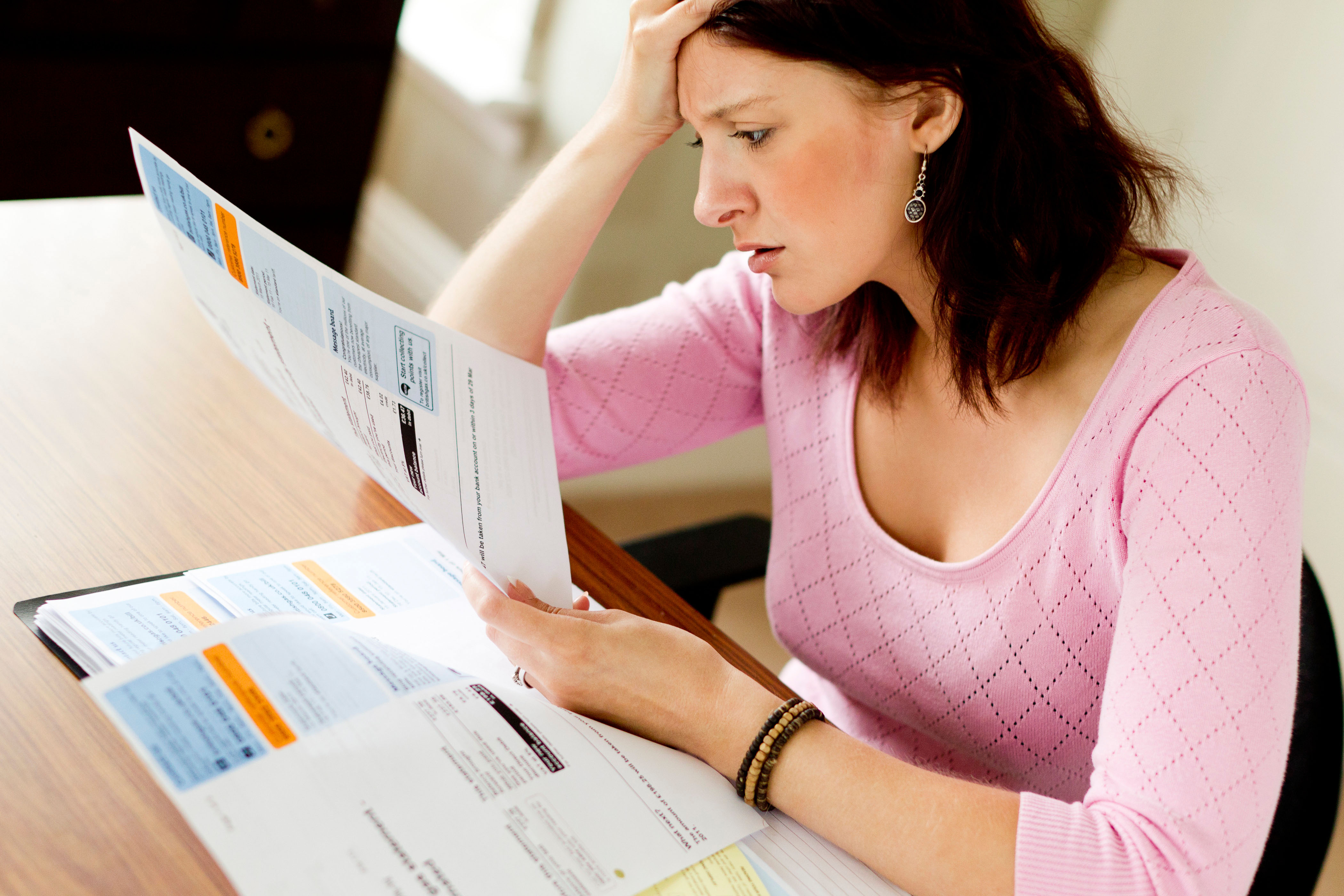 It means around 11 million households on a standard or variable energy tariff and those using a prepayment meter will see their bill jump 12%.

It’s the second time this year that prices will have gone up, following an increase of £96 in April. It means the average household has seen a massive £235 added to their energy bills over the past year.

Ofgem says soaring wholesale energy prices are to blame for the latest increase.

A breakdown of the typical dual fuel energy tariff shows wholesale energy costs will account for £538 of the average bill this winter – an increase of 58%.

The regulator said demand for natural gas has recovered after the pandemic at a faster rate than supply has been able to keep up with.

That’s been made worse in Europe because of supply problems which have seen gas storage stocks lower than normal as we head into winter.

An Ofgem spokesperson said: “We do expect that gas prices will remain high for some time as demand has picked up faster than supply.

“Unfortunately this is putting pressure on both customers and energy companies. Ofgem will continue to make sure customers don’t pay more than they need to for their energy.”

What is the Energy Price Cap?

The price cap was introduced in January 2019 as a way to ensure fair prices for customers.

It is reviewed every six months by the energy regulator Ofgem and is supposed to protect consumers from overpaying for energy.

The price cap applies to default energy tariffs and prepayment meters. It does not apply if you are on a fixed-term energy tariff or have chosen a standard variable green energy tariff which Ofgem has made exempt from the cap.

The price cap limits what an energy provider can charge for its default tariffs, including the standing charge and cost per unit for electricity and gas (known as the kWh).

The price cap is only supposed to be a temporary measure, which will be removed once the regulator is satisfied the industry is competitive.

It is due to end by 2023 at the latest, although the government will make the final decision on when.

How is my energy bill calculated?

It’s not just your gas and electricity usage you’re paying for when it comes to energy bills.

Looking at the cost breakdown of the typical dual fuel energy tariff for the coming winter, Ofgem estimates some £528 is swallowed up by wholesale energy costs.

That’s how much a supplier has to pay to get the gas and electricity to supply households. 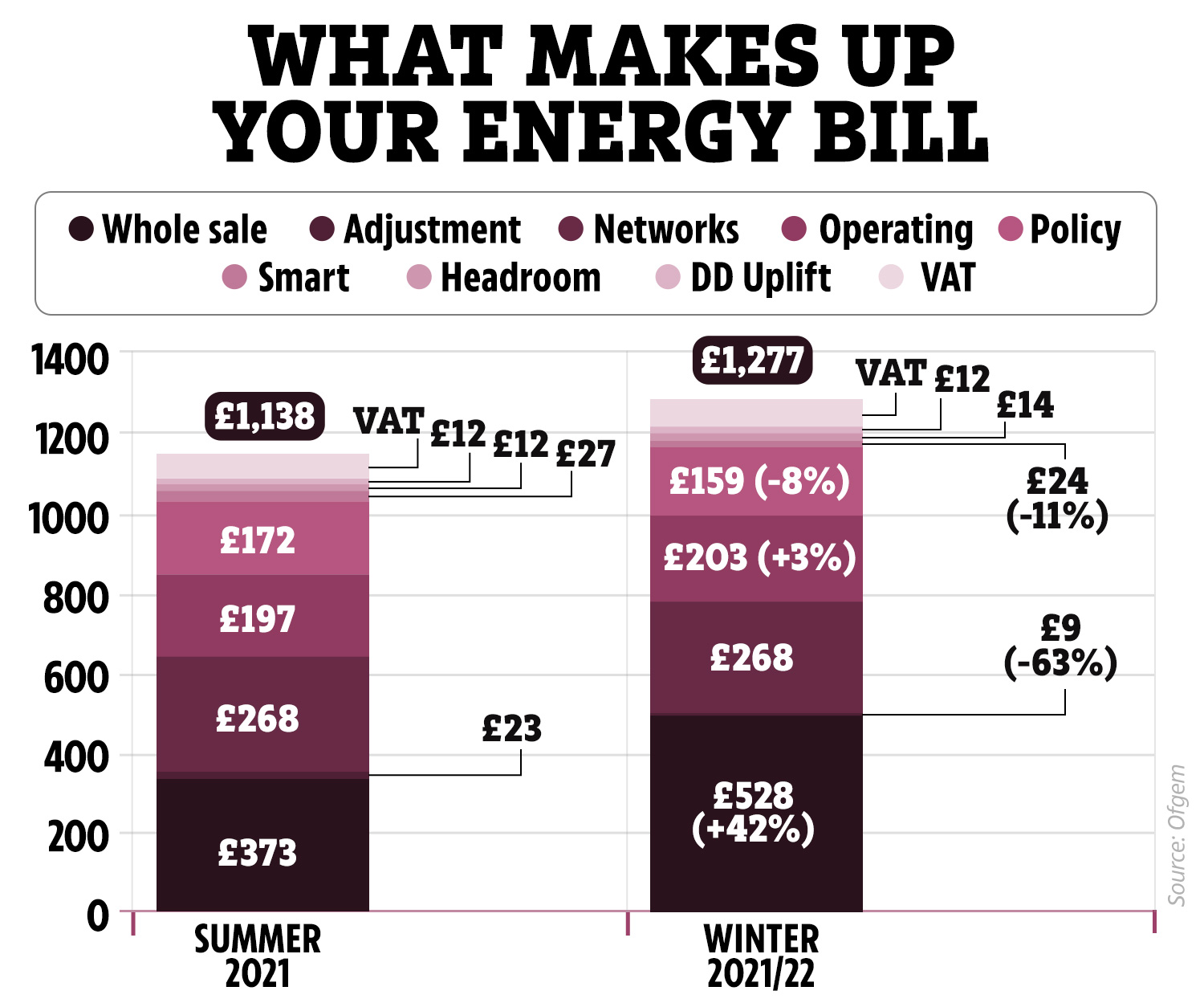 This is up a massive 42% compared with summer 2021, highlighting just how much wholesale prices have soared.

Network costs, such as maintaining pipes and wires, have stayed the same at £268.

Operating costs have increased 3% to £203 and policy costs, which relate to government schemes to save energy, reduce emissions and encourage take-up of renewable energy, have slipped 8% to £159.

Other factors that determine your energy costs include where you live, your type of energy meter, and whether you pay by direct debit, prepayment or standard credit.

Will my bill go up?

Since the price cap was announced, a number of major energy providers have revealed their price increases.

SSE customers will see their bills increase by an average of 12.26% to £1,276.49 from October 1, according to figures from GoCompare Energy.

You can check with your provider to see if you will be affected.

Consumers on a standard or variable tariff have until the end of the month to find a better deal to avoid the price hike.

GoCompare Energy estimates that shopping around could save households up to £302 on their energy bills.

Switching energy provider is very easy. Use a comparison site such as MoneySuperMarket.com, uSwitch or EnergyHelpline.com to see what deals are available.

When you've found a deal, contact the new supplier. Tell them your postcode, existing supplier and deal, and give them an up-to-date meter reading.

The new provider will tell your current supplier you're switching, and the whole thing should take no longer than three weeks. Your supply won't be interrupted in that time.

As some energy providers put their prices up, others have ceased trading altogether. This week People’s Energy and Utility Point went into administration, leaving 570,000 without a supplier.