Fantastic Beasts: The Crimes of Grindelwald has a lot of misdirection going on the marketing campaign ahead of its release this past week. If you want to hide Character C is going to be revealed as related to Major Character A, make signs point to a reveal he will be related to Major Character B. One of the main points of misdirection was new character Yusuf Kama, who was suggested to be part of Corvus Lestrange IV’s household. But, who is Yusuf Kama? Warning: Spoilers for Fantastic Beasts: The Crimes of Grindelwald follow.

The pre-intel on Kama’s character was very carefully worded. He was described by Entertainment Weekly as "a pure-blooded wizard, the last of his family line."

Most fans jumped to the idea Kama must be a son had by Leta’s mother, taken into the Lestrange household, making him a half-brother to Leta and step-brother to Corvis V, aka Credence. Hence the obsessions and the Unbreakable Vow, and the idea Corvus IV was using the son of his first wife as a servant to hunt down the son of his second. 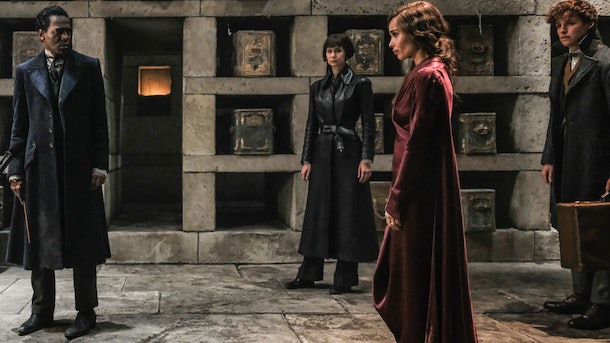 Instead, it turns out Kama is not part of the Lestrange household at all. He was the son of Mustafa and Laurena Kama. Their family was Senegalese, one of the high born powerful families of the Senegal wizarding world until Laurena was imperiused by Corvus to follow him back to England, where he raped her. Fourteen-year-old Yusuf was left motherless, only vaguely aware of his half-sister Leta, who was born of this union, and whose birth killed his mother.

What Yusuf did know was Corvus IV remarried and had a legitimate son of his own: The only person the hardened Lestrange patriarch man ever loved. In retaliation, Mustafa is the one who put the Unbreakable Vow on Yusuf, he would kill Corvus V or die trying. This way, Corvus IV would know the feeling of losing the person who mattered to him more than anything in the world. 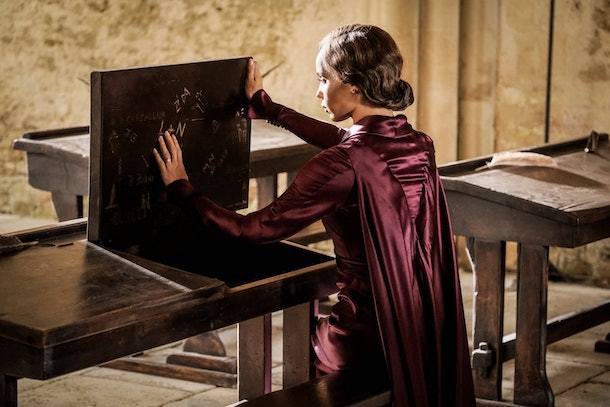 What no one knew, not Corvus IV, not Mustafa, and certainly not Yusuf, is the vow was unnecessary. Corvus V was already dead. Leta switched babies during the voyage across the Atlantic to New York where Corvus was sending his son to keep him hidden from those like Yusuf who would do the child harm. When the ship sank, the nannies still had the wrong babies, and the one holding the real Corvus got on the other lifeboat, which then capsized, drowning both.

Yusuf can never fulfill his father’s mission because the only thing Corvus has loved has been dead for decades. And the person who did it, Leta is now gone as well, killed by Grindelwald because she would not join him.