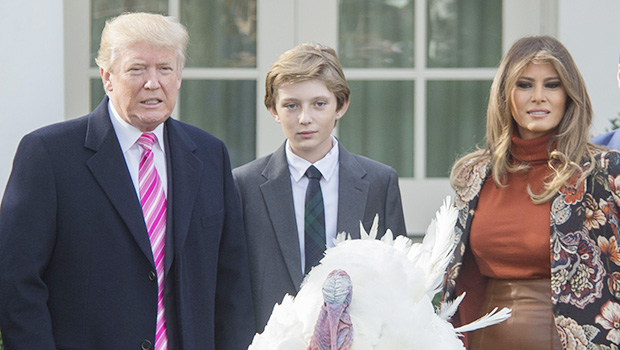 Two birds have a lot to be thankful for this Thanksgiving! Watch the annual White House turkey pardon via our free live stream, here!

There’s three turkeys in the White House today! All jokes aside, President Donald Trump may manage to pull off the annual Thanksgiving tradition on November 20 without a hitch for the second year in a row, as he saves Peas and Carrots from being someone’s dinner. The White House turkey pardoning is strange and goofy, but storied, and one of the most enduring traditions of the American holiday. If you’re into that sort of thing, you can watch the whole turkey pardon unfold via our free live stream, streaming above!

And you’re unfamiliar with the event, please don’t worry. It’s completely symbolic, and both birds are saved from being slaughtered. Peas and Carrots are perfectly safe from Thanksgiving dinner, and will go on to live a long and happy life at the animal sanctuary at Virginia Tech University. Even before they’re taken to the White House, they’re given the VIP treatment.That includes baths and escorted journeys in a car to the White House. Now, they’ll chill with turkeys from pardonings past, like Drumstick and Wishbone, pardoned by Trump last year, and Tater and Tot from former President Barack Obama‘s last Thanksgiving in the White House.

As we watch along with you, we’re just hoping Trump doesn’t make any awkward jokes about Obama again, like he did last year. Trump repeatedly repeals Obama-era policies through executive orders, and he joked that he would revoke Tater and Tot’s pardons. What….the f**k. Honestly, nobody would be surprised if he did that, but he thankfully didn’t. Fingers crossed that this year, he actually pardons poor Peas and Carrots, and doesn’t secretly serve them for dinner behind the scenes!