Danielle Staub may have included Teresa Giudice, Margaret Josephs and Melissa Gorga in her bridal party, but she only named one of those women when opening up exclusively to Us Weekly about who has been supportive during her tumultuous divorce from Marty Caffrey.

“Teresa and Dolores [Cantina] have been extremely supportive to me. And Jennifer Aydin as well,” the 56-year-old Real Housewives of New Jersey star told Us, not mentioning Margaret or Melissa.

Danielle and Marty tied the knot during the Sunday, December 30, episode of RHONJ. (Neither Dolores or Jennifer attended the Bahamas wedding.) Four months after they wed, however, he filed for divorce after she sought a temporary restraining order against him. 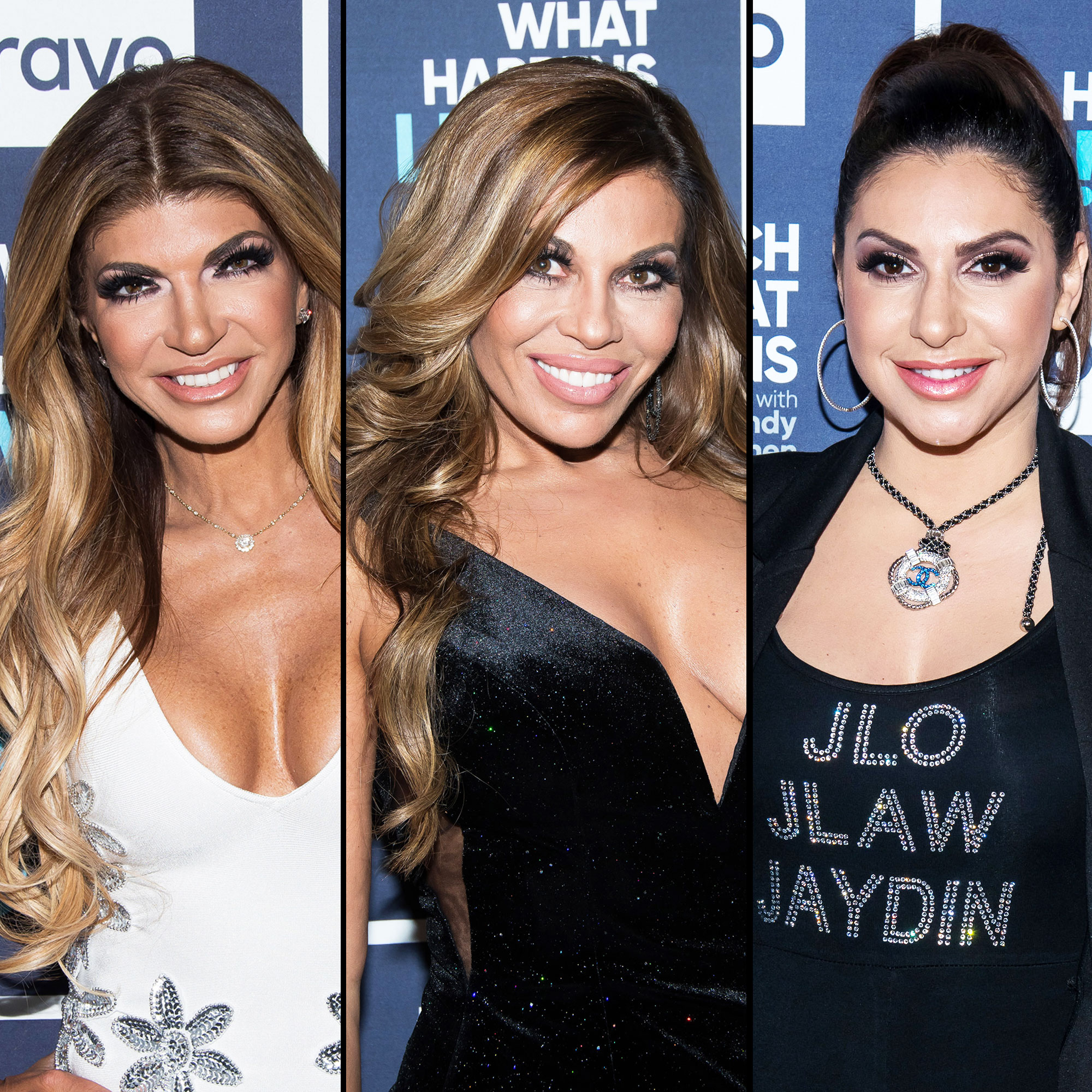 While Danielle’s costars have referred to her as a “bridezilla” because of her behavior leading up to the nuptials, she told Us that she was acting out because of her relationship with Marty, which she claimed to Us and in court documents was emotionally and verbally abusive.

“I have many levels and many different sides with me. I’m not disappointed in myself for being real. I mean, when else was I supposed to be able to do that? In the confines of my home when he’s abusing me?” Danielle stated to Us. “Talking down to me? Degrading me? Leaving me at dinner table with taking my phone and my wallet with him so I don’t even have a way home? How many times that happened? I can’t even tell you.”

Danielle added that watching her relationship with Marty play out on Bravo makes her feel like “a part of the Me Too movement.”

“It’s no longer on my shoulders. I feel like, if anything, it should validate the behavior because you do take it out on the people you’re closest to and I was dealing with a monster at home and in my real life, so, you’re just seeing me be back out on that to whoever would listen,” she explained.

In a statement to Us on Sunday, Marty denied all the accusations of abuse made against him.

“Her deadline to answer my divorce complaint was December 21. As late as December 19, she was begging me to withdraw the divorce, pull the house off the market and reconcile. She threatened that if I didn’t that she would ‘destroy me’ and ‘go after my kids.’ I didn’t withdraw the divorce and so she filed her answer with the list of 29 horrific, defamatory and illogical claims against me,” Marty claimed to Us. “Danielle was more interested and fully intended to publicize a sensational and defamatory smear of me and and my family. My divorce complaint filed in August was never released to the media. So who’s ‘airing dirty laundry?’”

The Real Housewives of New Jersey airs on Bravo Wednesdays at 9 p.m. ET.