Twenty seconds into the new season of this observational documentary series and it's a matter of life and death: a girl has called Brisbane's triple-0 because her grandfather has fallen over and can no longer speak. The operator's questions about his condition are heard over paramedics racing to the scene, although their progress is unexpectedly interrupted. Situations change on the fly on Ambulance Australia, which is assembled with the tempo of a thriller and keyed to the matter-of-fact professionalism of those trying to make a difference. As stories are interwoven the complexity increases and moments of insight appear. It's gripping, unadorned viewing. 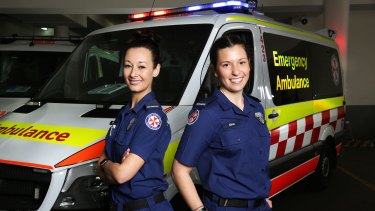 First aired here via Foxtel, this beguiling six-part adaptation of John le Carre's 1983 spy novel about an Israeli operation to penetrate a Palestinian terror cell is immersed in subterfuge. Leading Korean filmmaker Park Chan-wook (The Handmaiden) directs, with marvellously inventive technique, a cast that includes Little Women star Florence Pugh, as an English actor steered into being an infiltrator, Alexander Skarsgard as her conflicted Israeli handler, and Michael Shannon as their spymaster. It's a distinct, telling take on the espionage thriller.