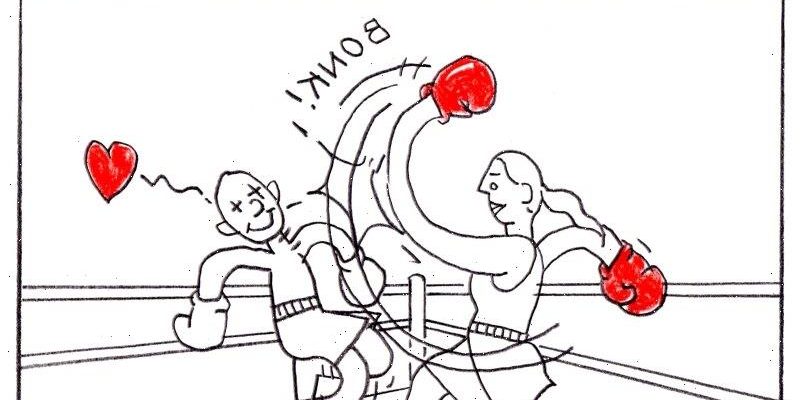 A cold morning in June, and I was driving the kids to school. This was 2003, as Triple J played on the radio, always a risk with tender ears. My son was eight, absorbing the sounds and words like SpongeBob, whom he also loved.

Then came Robbie Buck, the day’s Breakfast host, back-announcing the melody, “That has to be the best bonking song of the year.” At least I reckon it was Robbie. Memory can play strange tricks. Either way, I recall Finn piping up. “What’s bonking mean, Dad?”

Where to go, right, besides the school gate? My son was all ears so I had to give him something. “Fighting,” I chose in the end, knowing SpongeBob was studying my features, sifting for a tell, but he bought it. Somehow Finn imagined two music-lovers tapping gloves at the opening beat and going hell for leather. 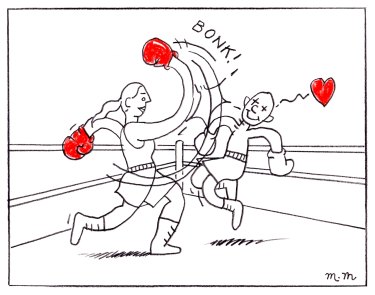 Cowardice on my part. But at least there’s a precedent. Recently in fact I’ve bumped into several ambivalent words – from bang to jump and other swingin’ verbs – all lurking in a hipster dictionary, Straight From The Fridge, Dad (No Exit Press, 2012). Even the cover depicts a leathered hood shaping to bop a rube as some hot tomato props her hip on the Harley.

Trapped in a time-warp, I’ve swum in flophouse slang all week, learning how the prototype hipsters spoke during the 1950s, long before today’s version arrived on bespoke fixies. If the weedheads and bandrats of Truman’s epoch weren’t drinking goof syrup, they were gassing their moss (straightening their hair) or refining their café sunburn. If they weren’t bonking, it seems, they were bonking.

Or hey-hey as they called it, a two-way term for sex and/or melee, depending on the vibe. You’d want to get it right. Especially since the same expression could double as a toast, before downing another quart of bugkiller.

Music in a fact is a dialect within a dialect, most hepcat bands comprising elephant teeth (piano), gobble pipe (sax), slush pump (trombone) and pretzel (French horn). Little shock then to learn how so many bebop songs have snuck the slang onto the airwaves, from You Send Me to Shake A Tail Feather. Raymond Chandler and Co also helped cement bum steers and raw deals – the very caveats of hipster goings-on.

Yet under what rock did hipster hatch, Daddy-o? In league with jukebox and jazz, its genesis is murky, with one idea being a hip’s undulance acting as a square’s flipside, or maybe that’s the stagger juice talking. Whichever the case, the tribal name has imbued the western psyche so deeply that it’s served two tours of duty, from the US ginmills of 1950 to the deconstructed cafes of today’s Stanmore.

Back in the 1950s, Australia had bodgies and widgies, the outward ripples of the first hipster wave, with matching quiffs and souped-up rides. The late Bob Hawke was one such pack leader. Then came the summer of love, in both hemispheres, as hipster transformed into hippie, Frank’s Rat Pack to Jimi’s Experience, the Brylcreem to the psychedelic dream, with the lingo shifting in step.

Yet still so many hipster-ese endures, the original hipster I mean, 70 years on. Orthodox dictionaries jive with cat’s pyjamas, baby blues and small potatoes. Fess up and flip your wig. Moo-juice and bobbysoxer. Bag (as passion) and axe (guitar). Even bonk, I suppose, which you’ll need to look up yourself.

THE BOOKLIST
The Booklist is a weekly newsletter for book lovers from books editor Jason Steger. Get it delivered every Friday.