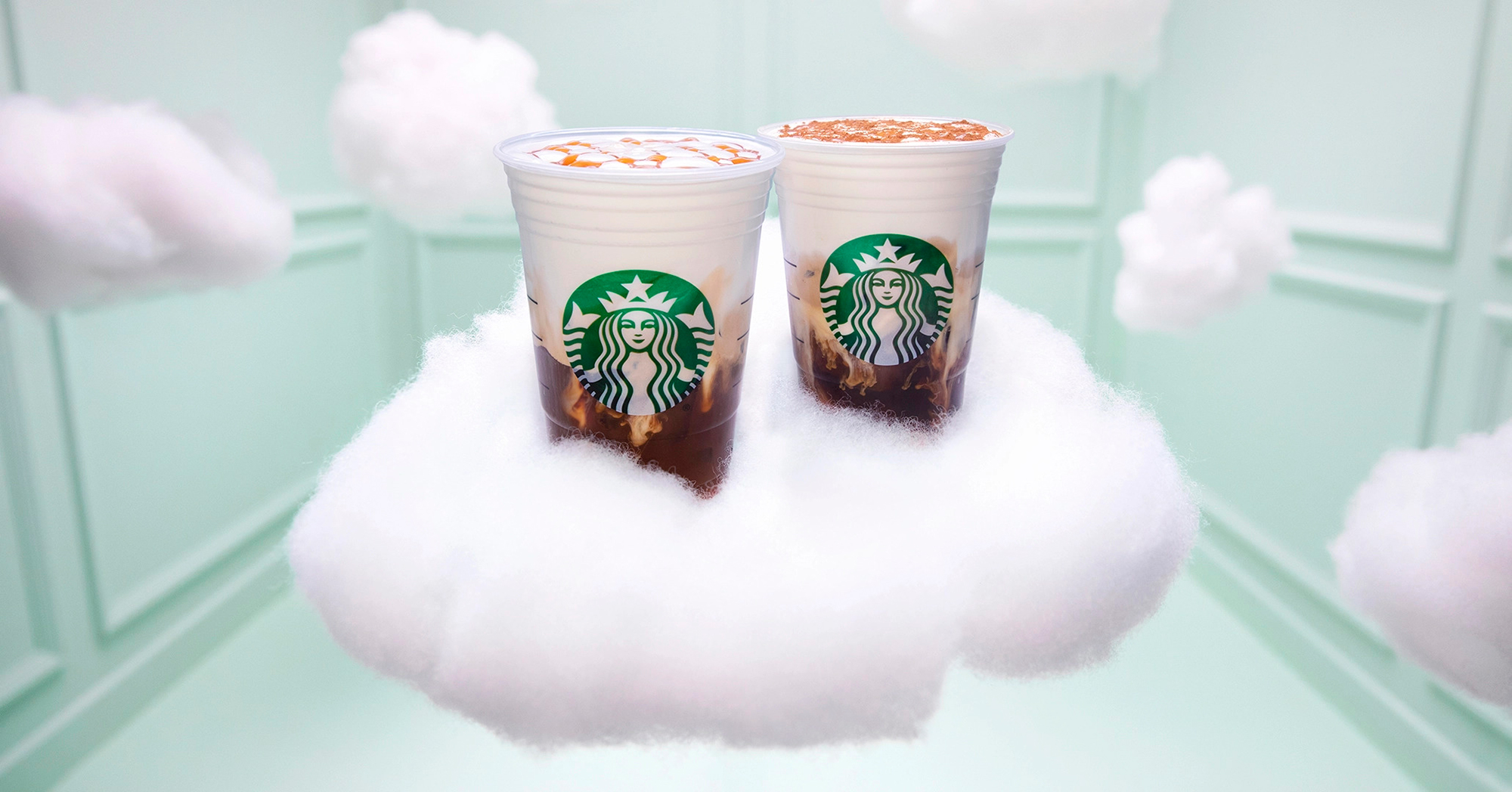 Starbucks wants its customers to be on cloud nine! On Tuesday, March 5, the coffee chain released a new drink called the Cloud Macchiato, which is billed as “a cloud in a cup.”

The macchiato was among the first beverages Starbucks served in the late 1980s, and this new version, which is available in the United States and Canada, takes the caffeinated beverage to the next level. Available in two flavors – caramel and cinnamon – the new drink features “whipped cold milk foam that has a light, fluffy and silky-smooth texture” and a shot of bold espresso, according to a press release. It can be served hot or cold.

That texture, believe it or not, is achieved with help from something the Seattle-based company calls “Cloud powder,” which was created by the brand’s in-house product development team and uses egg whites as a key ingredient to give the beverage a layer of fluffy foam.

While some consumers might be a tad skeptical about sipping on a drink made with egg powder, the Cloud Macchiato already has (at least) one high-profile fan – Ariana Grande. Starbucks confirms to Us Weekly that the pop singer is working with them to help release the newest espresso drink. “We’ve long been fans of Ariana Grande – and we’re both fans of clouds – so we were excited to work with her to introduce the new beverage to customers and fans alike through fun social posts,” a rep for the company said. 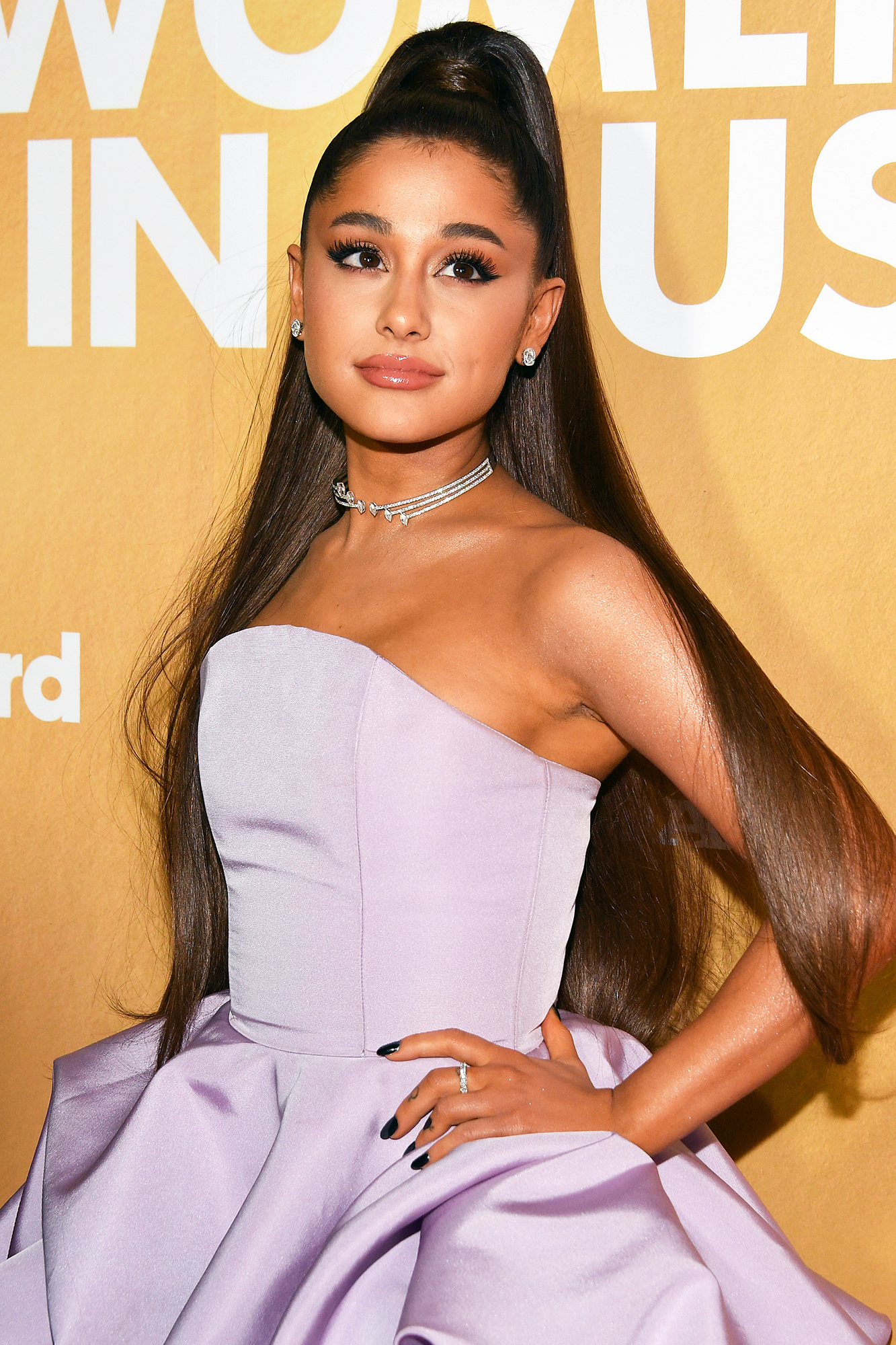 Those social posts include Grande, 25, sharing a video on Twitter of herself sipping on one of the beverages while wearing a Starbucks apron. She also tweeted a series of photos of herself, the Cloud Macchiato and some puppies. “@starbucks cloud #cloudmacchiato #starbucksambassador #trythesoyversion,” she wrote along with the snaps soon after the Cloud Macchiato was released.

The “Thank You Next” songstress first teased the beverage’s debut on Monday, March 4, (a day before it was available) by tweeting a mix of cloud, coffee and heart emojis. “… @starbucks 3/5,” she added.

According to Starbucks, the collaboration will also extend beyond social media. “The celebration will continue next week with a playlist in our stores that features Ariana’s favorite music (including some of her hits) as one of multiple playlists available in our U.S. and Canada stores,” a rep tells Us.

The Sam & Cat alum’s new role as a Starbucks ambassador is an epic clap back to comedian Michael Rapaport, who insulted Grande’s appearance in December 2018. “Ariana Grande is 27 acts 12, you take off those boots she hides her legs in, the cat eye make up and the genie pony tale and I think there’s [sic] hotter women working the counter at Starbucks,” he tweeted at the time. “No disrespect to Starbucks.”

As for the drink itself, the Cloud Macchiato draws inspiration from the leche merengada, or “meringue milk,” a centuries-old summer beverage from the cafés of Barcelona, Spain. “The original Spanish beverage combines cinnamon and lemon zest, with a frothy texture which inspired us to reinvent the beverage as a macchiato,” said Erin Marinan of Starbucks’ research and development team, via a press release. “The texture of the Cloud Macchiato is luxurious and by adding espresso and our Starbucks signature caramel cross-hatch, we’re making it ours and opening up even more ways we can bring new beverage experiences to our customers.”