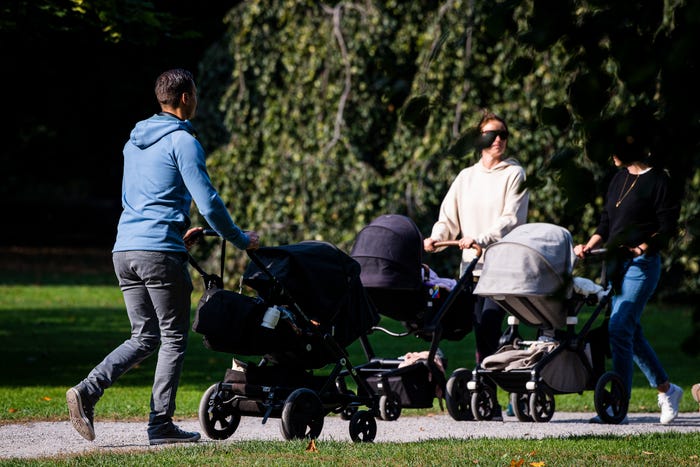 When Eleanor's relationship broke down, she wasn't ready to send her ex packing.

"I always wanted my son to have a close relationship with his father, so when it was clear that our marriage wasn't going to last, it was important for me to figure out a way for them to maintain regular contact," said Eleanor, a Los Angeles mom of a 14-year-old, who asked that her real name not be used to protect her family's privacy.

Eleanor's husband, John, was concerned about being a "weekend dad," and their son, Ben, wanted as much time with both parents as possible. So, after Eleanor and John initially spent some time living apart, John moved back into the family home. Ben loves the living situation, and has a concept of home that involves both his parents, all the time, Eleanor said.

"I do believe that single parents are entirely capable of raising well-rounded and healthy children — I was raised mainly by a single mom — but I also think that if the opportunity is there for both parents to be involved and loving and healthy, it can be a wonderful environment for the child," she said.

Eleanor and John are two of a growing number of people raising kids together, despite not being in a romantic relationship. Some of them, like this couple, were formerly romantically involved. But others make a decision to have a child with a friend, or even with a former stranger who they met online. All of them fall under the umbrella of platonic co-parenting.

"It is my mission to make this unorthodox style a more common practice among co-parenting families," said Sabrina Shaheen Cronin, a lawyer and family coach from Michigan who works with many platonic co-parents.

Data on platonic co-parenting is hard to pin down, but sites that match single individuals interested in becoming parents have experienced an increase in traffic between 30 to 50% during the pandemic, The Guardian reported.

What it's like raising a child with a friend

Shaheen Cronin said that in some ways, platonic relationships are easier to navigate than romantic relationships. For some people, that can make co-parenting easier.

"Friends usually have less expectations put on each other than do lovers," she said.

Although Eleanor used to be romantically involved with her co-parent, she's not surprised to see more people adopting platonic co-parenting.

"I completely get why two people would decide to raise a child together but not be in a romantic relationship," she said. "What are the odds that the person who you're attracted to, who you fall in love with and want to have a romantic relationship with, is also going to be the perfect parent? Seems like a lot to ask when I look at it that way."

Intentionally choosing a co-parent can help ease that burden. For situations like Eleanor's, it also keeps more people closely involved in the day-to-day life of the child or children.

"One benefit is that no one slips through the cracks, meaning that if one of us is sad, anxious, having a hard time, the others can fill in and help in a loving way," she said.

It can take work to move beyond a former romantic relationship

Many people who find themselves co-parenting are former romantic or sexual couples. Getting to the place of truly platonic co-parenting can take work for those individuals, said Shaheen Cronin, who has a very open co-parenting relationship with the father of her children, although they do not live together.

"I have learned that over time, feelings from negative experiences change if we do not focus on them," she said.

Shaheen Cronin focused on seeing her ex and later his new partner as additions to her children's lives, rather than any personal reflection on her.

"I learned not to focus on what my ex and his new family were doing, but rather, how and what my children were doing," she said. "I have also learned along the way to let go of the past, because it only poisons my present."

Whether you are in a platonic co-parenting relationship from the beginning, or are adapting to that dynamic after a romantic relationship ends, Shaheen Cronin said that the skills needed for success are the same.

"For families to make shared parenting work, regardless of marital status, it is important to love and respect one another, have clearly set expectations, and effectively communicate with one another," she said.

She recommends that platonic co-parents:

Shaheen Cronin practices those steps in her own life, and encourages others to do the same.

"I want to raise healthy and happy children; and, the first step toward this goal is to ensure I provide them a healthy environment," she said. "This includes their experiencing a peaceful family dynamic, even if their family looks a bit different."