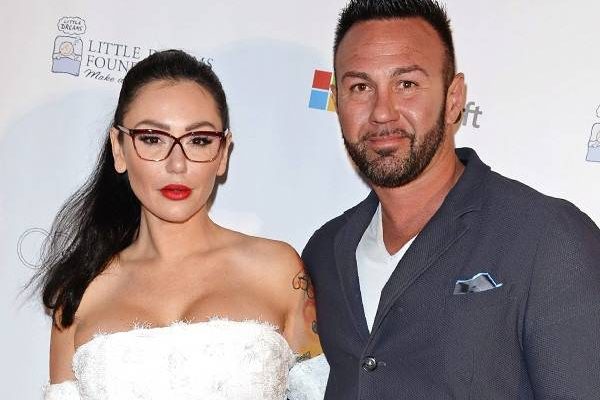 On Friday, it was revealed that Farley got a temporary restraining order against Mathews, who she filed for divorce from in September. Police responded to their home late Thursday night and into early Friday morning, which eventually led to Mathews being escorted out of his home at around 2 a.m. Mathews recounted the incident in a series of Instagram videos, a few of which were even recorded in the back of a police car.

In the first video, Mathews stated he called the police late Thursday because JWoww was threatening to call the authorities. Mathews believed she was “going to make up a fake story” about something, so he preemptively called before she could. Most of the captions for his Instagram videos were scathing rebukes against JWoww’s claims against him. For instance, the caption for his first recording says, “Reality is stranger than fiction. You guys are about to learn the truth and I promise you. You aren’t ready. The truth is my greatest asset. There is no my truth, there is only THE truth.”

According to the videos, their argument allegedly revolved around their 4-and-1/2-year-old daughter Melani, who currently has the flu. JWoww’s team responded in a statement on Friday that discussed the situation at hand. “Certain events transpired last night which lead Jenni to involve authorities, as she felt it was in her best interests, and the best interests of her children to do so. Any statements and social media posts depicting anything to the contrary are entirely false, misleading, and intentionally designed to cast Jenni in a negative light. She is proud to be a hard working parent who provides for her children.”

It continued, “While we have chosen not to comment further, we will note that a judge immediately ruled in Jenni’s favor and issued a temporary order of protection last night. Please respect Jenni’s decision for privacy in an effort to protect herself and her children during this time.”

A New Jersey-based matrimonial attorney, Vikki Ziegler, spoke to E! News about what the restraining order means for their family and their kids.

Ziegler told E! News that under a standard restraining order, Mathews would have “no ability to contact JWoww in any context—oral, text or written communications.” Mathews also would not be allowed to “go near her or the children at this point.”

On Saturday, Mathews posted a photo on Instagram of himself kissing his and JWoww’s 2 and 1/2-year-old son Greyson on the head. It is unclear when the picture was taken.

“Heart half full,” he captioned it.

Fellow Jersey Shore cast member Snooki defended JWoww after Mathews posted his Instagram videos and also shared a video of a Nest Cam showing JWoww discussing the restraining order with an officer, telling him that Mathews “should be allowed” to see their kids” and is “not a bad dad.”

“Ive decided to post this video because Jennis intentions were to never keep the kids from Roger,” Snooki wrote. “She is fighting for him to be in their lives and never once tried to take them away.”

Ziegler told E! News there will likely be another hearing in the upcoming days “to determine whether or not there was just a temporary restraining order which Jwoww received, if it will become permanent or if it will get dismissed.”

However, Mathews would be allowed to appeal it. He can even file a restraining order of his own “if he has a basis saying that she’s harassed him and called him names.” There has been no suggestion that he is able or intends to do this, and no guarantee that such an order would be granted.

Ziegler also told E! News, “What else could be ordered in the restraining order could be a psychiatric evaluation. “We don’t exactly the genesis of what she’s saying he did to her. The really important point here is if this becomes a final restraining order he will be permanently out of the house and that’s one of the techniques that people use for restraining orders while the divorce is going on.”

“So that’s something that she might have been advised to do and that means he’s going to then go try to get parenting time, have to get a new place to live, but keep maintaining the status quo of paying for the house while the divorce is ongoing,” she added.

Moreover, the legal battle between the two parents “chokes the divorce” rather than speeds up the process. “Parties can’t talk directly unless it relates to the children so the movement only becomes through counsel, attorneys and through the court system,” Ziegler explained.