How young woman with ‘half a heart’ is attending university, travelling and about to go skydiving after ignoring doomsayer doctors’ warnings 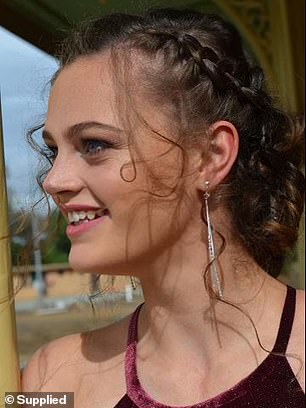 Taylor Colvin, 21, has revealed what it’s like to live with half a heart after being diagnosed with hypoplastic left heart syndrome

A young woman who had open-heart surgery when she was three days old has revealed what it’s like living with half a heart.

Taylor Colvin, 21, can’t head out for a jog and may struggle to walk and talk at the same time, but she is planning a tandem skydive and aims to go backpacking through Latin America.

Taylor said most doctors are hesitant to support the way she approaches life, but are constantly surprised by the things she’s able to do.

The young woman has been under the watchful eye of a cardiologist since she was diagnosed with hypoplastic left heart syndrome during her mother’s three-month pregnancy ultrasound.

The syndrome leaves the left side of the heart critically underdeveloped.

At just three days old, Taylor had open-heart surgery before another two operations at three months, and three years of age. 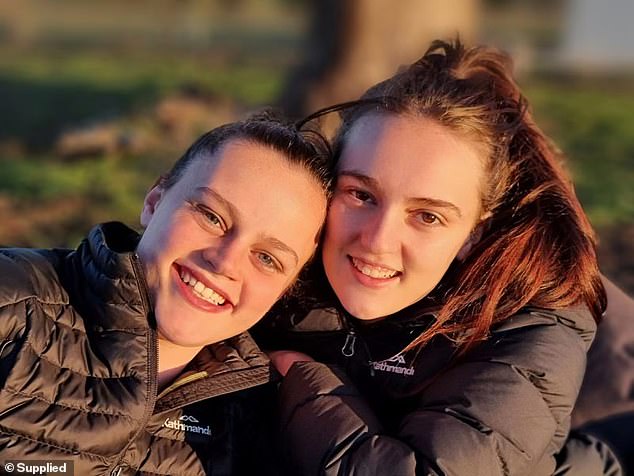 The paralegal, pictured here with her younger sister Cameron, says she refuses to miss out on living her life to the fullest 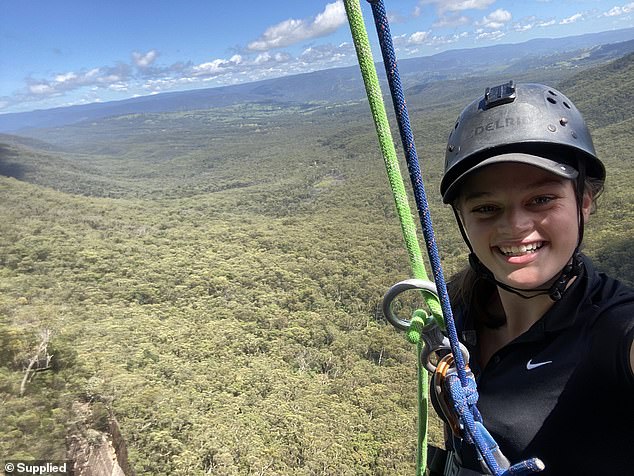 Taylor travels, plays soccer and takes parts in adventure sports such as canyoning 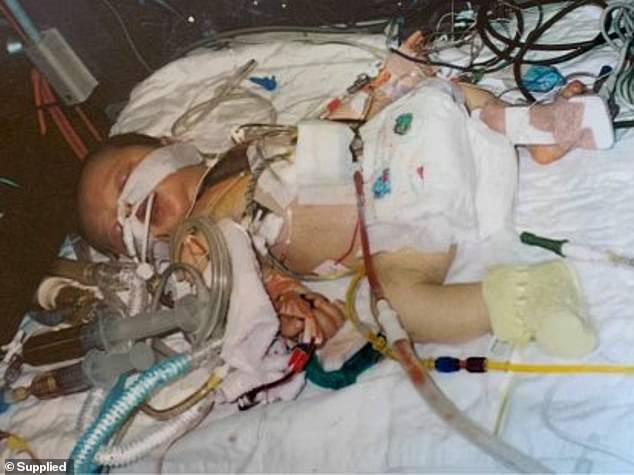 ‘The three-month operation is one of my first memories – which is very rare but happens in cases of trauma,’ Taylor told FEMAIL.

‘I remember waking up from that operation.’

‘The right side of the heart usually pumps oxygen to the lungs, while the left pumps blood around the body,’ she said.

‘I only have the right side of my heart so it pumps blood to my body and the veins to my lungs have been slightly pressurised to pump themselves.’

The operation was ‘relatively new’ when Taylor was born in 2000, which makes her ‘one of the oldest people to have undergone the procedure in Australia’. 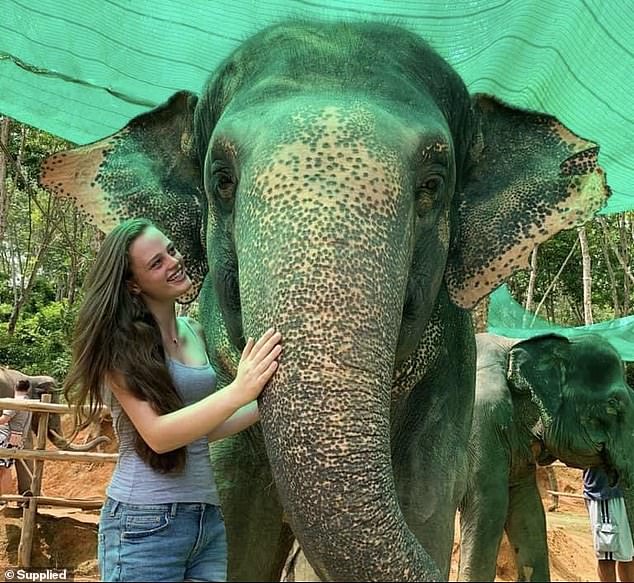 Taylor’s doctors have been unable to give her a prognosis due to the rarity of her condition. However they have advised the young woman she will probably need a liver and heart transplant in the future.

But there is still a lot of guess work.

‘They told me I would probably never have children, that I might not survive to an age where that was even possible,’ she said. 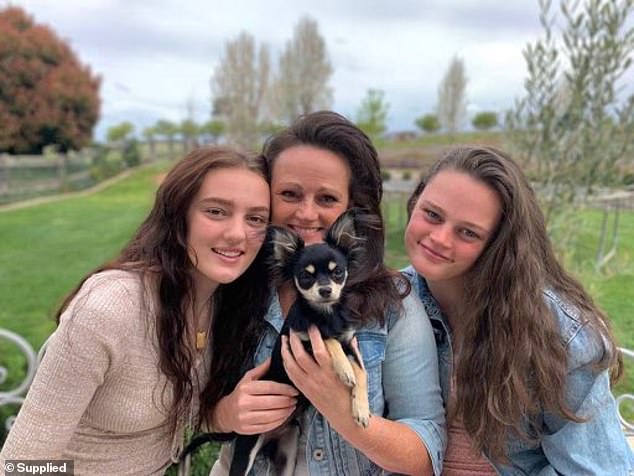 ‘Doctors are cautious because no-one knows what my medical future looks like, we are all playing it day-by-day.’

This has lead to Taylor to push-back and work with her specialist to do the things she wants to do.

‘I am planning to go skydiving at the moment. Some of my doctors said “no” straight away but my cardiologist is happy to work with me so I can do it,’ she said.

The same goes for her dream of having a family. 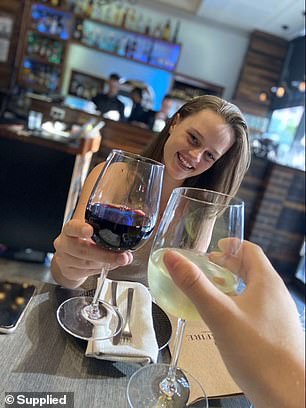 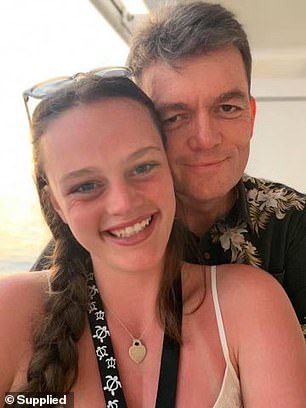 Taylor is currently at university and hopes to become a lawyer she says her dad Andrew, right, has also been supportive of her adventurous lifestyle

‘I have always been one of those people who has wanted kids. Ever since I was a child I knew I wanted children,’ Taylor said.

‘But I have been told since I was 10 years old that it’s impossible.

‘But my cardiologist is supporting me again, she has told me there is a higher risk of miscarriage but we will work through it, and make it happen.’

Taylor’s adventurous streak has been fostered by her parents. 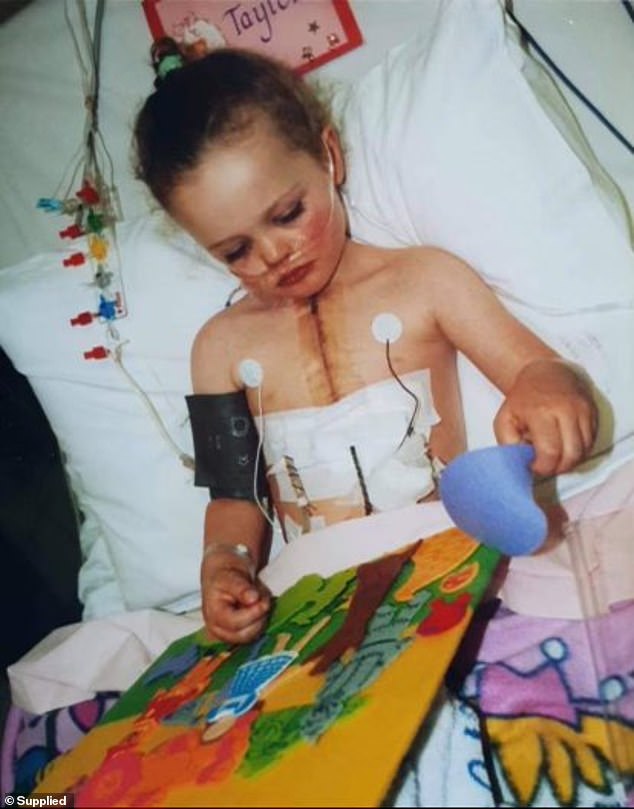 Taylor is pictured here aged three after her final surgery

‘I remember my mum letting me climb trees when I was first released from hospital for day trips,’ she said.

‘I was trying to climb them before I could even walk properly. Lots of parents who have kids in hospital won’t let them do stuff like that, they hover over them, but she wanted me to take the lead like any other kid.’

Her family also let her go on rollercoasters when she was old enough.

‘I would stand next to the sign which says people with heart conditions can’t ride and grin, I would have the best time,’ she said.

She has travelled on a plane with the help of a pre-flight injection, medical grade stockings and doctors’ orders to get up and walk as often as possible.

Taylor is currently studying a double degree at university and working as a paralegal. She also works to raise awareness for children with heart conditions. 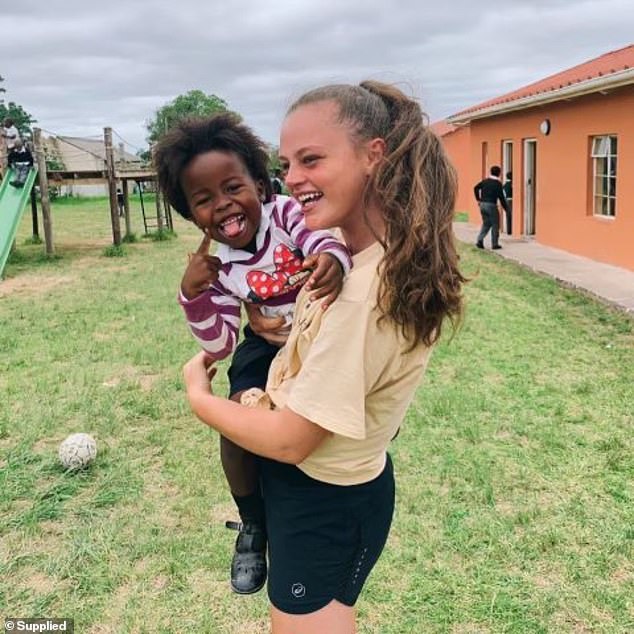 ‘It’s one thing when people haven’t heard of your condition so don’t believe you when you say you can’t run, medically,’ she said.

‘It is another when people refuse to listen to you and tell you what you can’t do. When they try to control you, I had teachers and friends at school who did this.

‘I wanted to scream at them, no one knows my own heart better than me. When it comes down to it, I know my own capabilities.

‘If I am running late for class I can’t just run there, I have to accept that I will be late.’

And she tried to stay as healthy as possible.

‘If a healthy person gets a cold or flue they are out for a few days, If I get one it could take me weeks in bed to recover,’ Taylor said.

Running is generally off the table for Taylor, but she stays fit where she can.

‘I do short hikes that aren’t hilly.’

Now Taylor only needs to see her team of doctors once or twice a year, a relief for the young woman who spent so much time at appointments as a child she thought it was normal.

‘I had to wear a halter monitor around my neck and would miss class all the time to go to doctor appointments,’ she said.

‘I thought it was normal – until one day I realised it wasn’t.’

Taylor also has a younger sister and said it was difficult for both of them as children when she couldn’t keep up.

‘We would play tag and I would be exhausted so quickly, and she couldn’t understand why. It would have been hard for her. We have a great relationship now though.’ 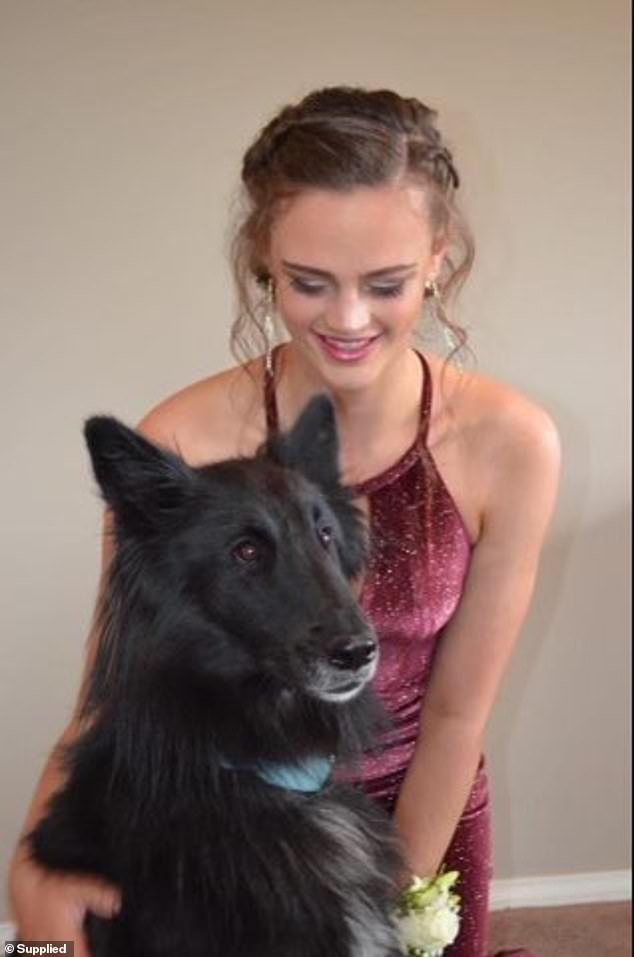 Scientists from the Heart Research Institute now believe people with Taylor’s condition, or similar conditions, could live well into their 60s

Scientists from the Heart Research Institute now believe people with Taylor’s condition, or similar conditions, could live well into their 60s.

Associate Professor Rachael Cordina is about to embark on a first longitudinal study of its kind anywhere in the world, to understand the potential mechanisms, timing and trajectory of neurocognitive dysfunction.

‘There are ranging degrees of wellness with people living with the condition who are now expected to now live well into their 60s,’ Professor Cordina said.

What is Hypoplastic left heart syndrome?

Hypoplastic left heart syndrome is a complex and rare heart defect present at birth (congenital). In this condition, the left side of the heart is critically underdeveloped.

Medication to prevent closure of the connection (ductus arteriosus) between the right and left sides, followed by either surgery or a heart transplant, is necessary to treat hypoplastic left heart syndrome. Advances in care have improved the outlook for babies born with this condition.

‘This group represents one of the costliest paediatric health conditions and is rapidly expanding, due to improved surgical and critical care – this has resulted in an unprecedented wave of survivors with poorly characterised and complex health problems.

‘For decades it was all about keeping them alive as children, but advances in medicine have meant we now have a cohort of patients.

‘It is so amazing to be looking after a group of people never expected to survive into adulthood.’